Combo of Virotherapy and Radiotherapy in Esophageal Cancer 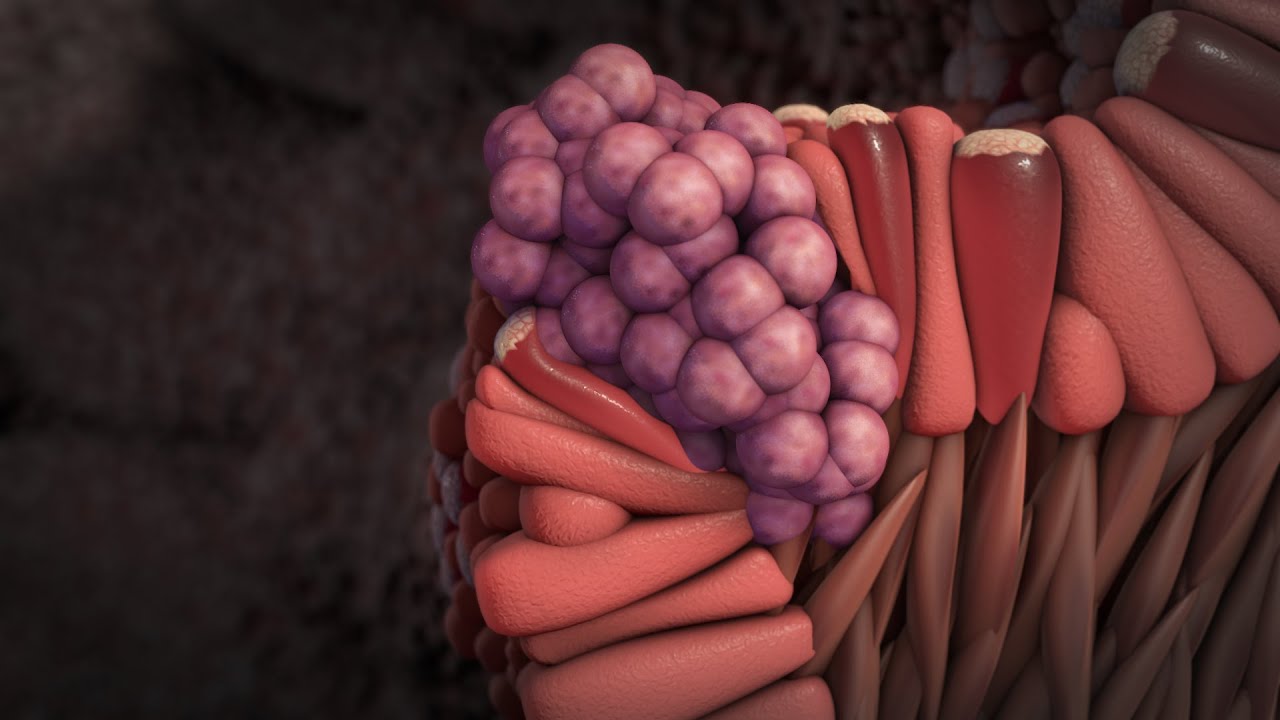 The experimental oncolytic adenovirus telomelysin (OBP-301); in combination with radiotherapy was safe; and showed early clinical efficacy in vulnerable patients with esophageal cancer; according to results from a phase I clinical trial; presented at the AACR Annual Meeting. “Most standard therapeutic strategies for esophageal cancer; such as surgery and chemoradiotherapy; are relatively invasive and can’t be used in certain patients; including the elderly and those with health complications,” said Toshiyoshi Fujiwara. “Our combinatorial virotherapy-radiotherapy treatment is less invasive and is applicable for vulnerable patients and has provided extremely encouraging results.”

So, many cancer cells overexpress the enzyme telomerase, which enables their replication and proliferation, explained Fujiwara. OBP-301; a genetically modified virus which selectively replicates in telomerase-positive cells; viral infection is therefore; enriched in cancerous cells, causing cell lysis, he added. However, a prior phase I trial evaluating OBP-301 as a monotherapy found the strategy safe and biologically active in patients with advanced solid tumors. Because OBP-301 can also disrupt pathways that control DNA repair, Fujiwara and colleagues believe that tumor cells treated with the virotherapy can be rendered sensitive to ionizing radiation, allowing for the synergy of these two therapies.

So, in this open-label, phase I dose-escalation trial, the investigators enrolled 13 patients with histologically confirmed esophageal cancer deemed unfit to receive standard surgery or chemotherapy; all patients were elderly and/or those who had complications such as pulmonary disease, cardiovascular disorders, or liver dysfunction, explained Fujiwara. However, patients’ median age was 80 years. Patients received three intratumoral injections of OBP-301 (each injection ranging between 10 billion and 1 trillion viral particles) via endoscope over several weeks with concurrent radiation therapy to a total of 60 Gray. So, the primary and secondary endpoints were dose-limiting toxicities and objective response rate (ORR), respectively.

Complete disappearance of tumor in the esophagus

So, in all 13 patients, the ORR was 85%, which included eight complete responses (CR) and three partial responses (PR); the clinical CR rate, defined as endoscopically and pathologically confirmed complete disappearance of tumor in the esophagus, was 83% and 60% for patients with stage 1 and stage 2/3 disease, respectively. However, no patients had viable malignant cells in post-treatment biopsy specimens. Common toxicities included fever, esophagitis, pneumonitis, anorexia, constipation, and gastroesophageal reflux. All patients developed transient and self-limiting lymphopenia, and there were no dose-limiting toxicities.

“Not only was our combinatorial therapy safe, but it induced the complete eradication of esophageal tumors in most patients,” said Fujiwara in conclusion. “These preliminary results indicate that there may be less invasive treatment options available for esophageal cancer patients who are unable to receive standard therapies for their disease.” Histopathological examination of post-treatment biopsies taken from patients with PR revealed infiltration of CD8-positive T cells, suggesting that this combinatorial therapy may synergize with checkpoint inhibition, Fujiwara noted. Limitations of this study include small sample size, which is consistent with a phase I dose-escalation trial.