Insights into How HIV Becomes Infectious 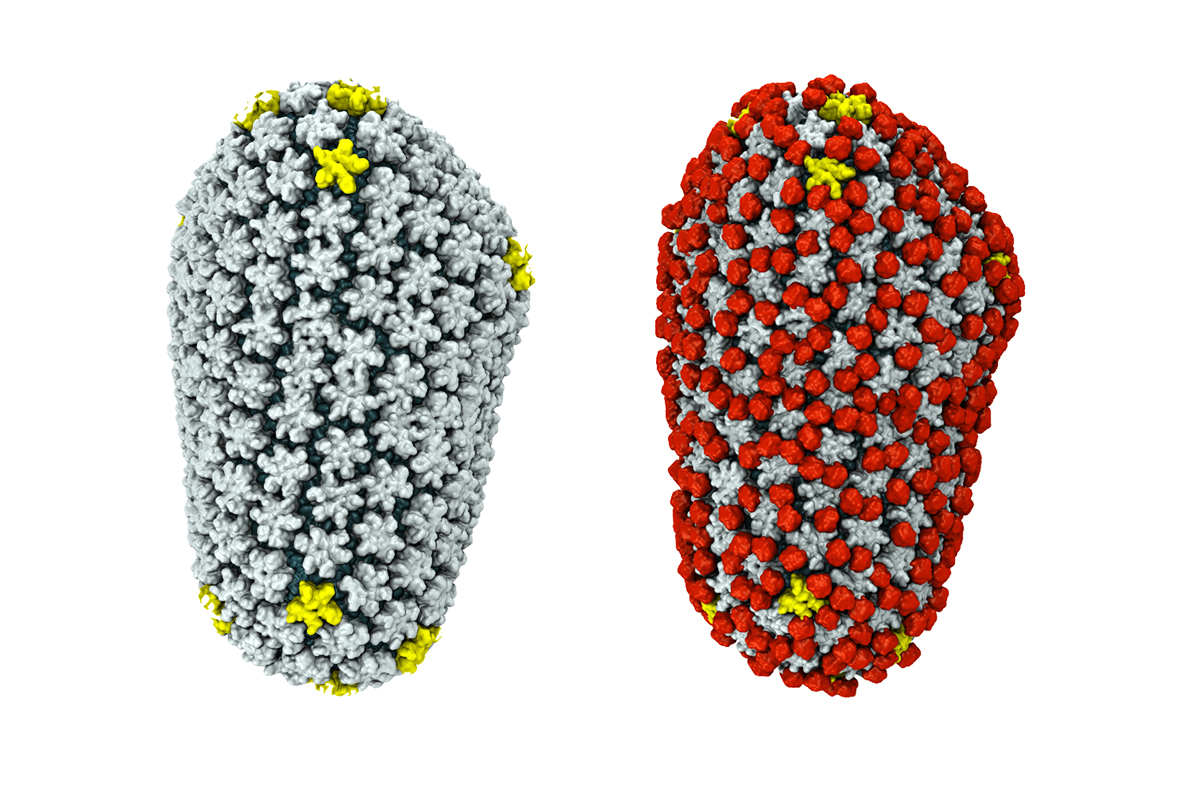 HIV, the virus that causes AIDS, has been studied extensively ever since the AIDS epidemic was officially recognized by health professionals in the early 1980s. During that time, research has led to the development of effective antiretroviral drugs that in many cases prevent an HIV-infected person from developing AIDS.

Despite that medical success, about 37 million people worldwide—including an estimated 2 million children younger than 15—are living with HIV infection, and about a million AIDS-related deaths occur each year. And many aspects of the process in which the HIV virus matures and becomes infectious continue to baffle scientists.

Researchers latest findings, published in October in the journal PNAS, identify some specific interactions that occur between the capsid and a key protein that interferes with the protective shell's integrity. The findings are just one step in better understanding the mechanism of HIV infection, but the researchers believe it's an important advance.

The research team used a combination of high-tech methods to study the capsid and its interactions with a protein called TRIM5-alpha, which is known to disrupt the capsid structure and therefore restrict the virus's ability to become infectious.

The HIV capsid is a cone-shaped shell made up of different-shaped proteins. In each capsid, about 12 of these protein building blocks are pentamers, with five sides, and a much larger, variable number are hexamers, with six sides. The building blocks fit together to form a shell that encloses and protects the virus until it is able to infect healthy cells. If the structure of the capsid breaks apart prematurely, infection won't occur.

"Despite extensive studies, the mechanistic details of capsid assembly and disassembly are not well understood," the researchers write in PNAS. The team focused on the restriction factor TRIM5-alpha protein and its interactions with the capsid assembly for various reasons. Among them is a puzzling fact about that protein:

At UD, capsid interactions with the TRIM5-alpha protein were observed with a nuclear magnetic resonance (NMR) spectrometer, an instrument that reveals details about the structure and movement of molecules, with atomic level detail.

MD simulations allow researchers to study the way molecules move in order to learn how they carry out their functions in nature. Computer simulations are the only method that can reveal the motion of molecular systems down to the atomic level and are sometimes referred to as the "computational microscope."

"The TRIM5-alpha protein binds to the outside of the capsid" and affects its rigidity, Quinn said. "We were really surprised to find that even in areas of the capsid where it didn't directly interact, there were still effects on the structure."

The researchers believe that the protein uses several mechanisms to destabilize the lattice-like structure of the capsid and cause it to disassemble prematurely, while the capsid in the absence of TRIM5-alpha does not break apart as easily.

"Nobody before us was able to see these effects experimentally, and it's exactly as predicted by the molecular dynamic simulations," said Perilla, who is continuing to analyze some three years' worth of data from the project.

"People used to think that viruses have static structures, that the [building blocks] came together and closed the capsid, and that was that," she said. "But it's not rock-solid. The capsid is a highly dynamic entity. The TRIM5-alpha protein breaks it apart, and it does it through a very complicated mechanism, which involves interference with the intrinsic motional properties of the capsid."