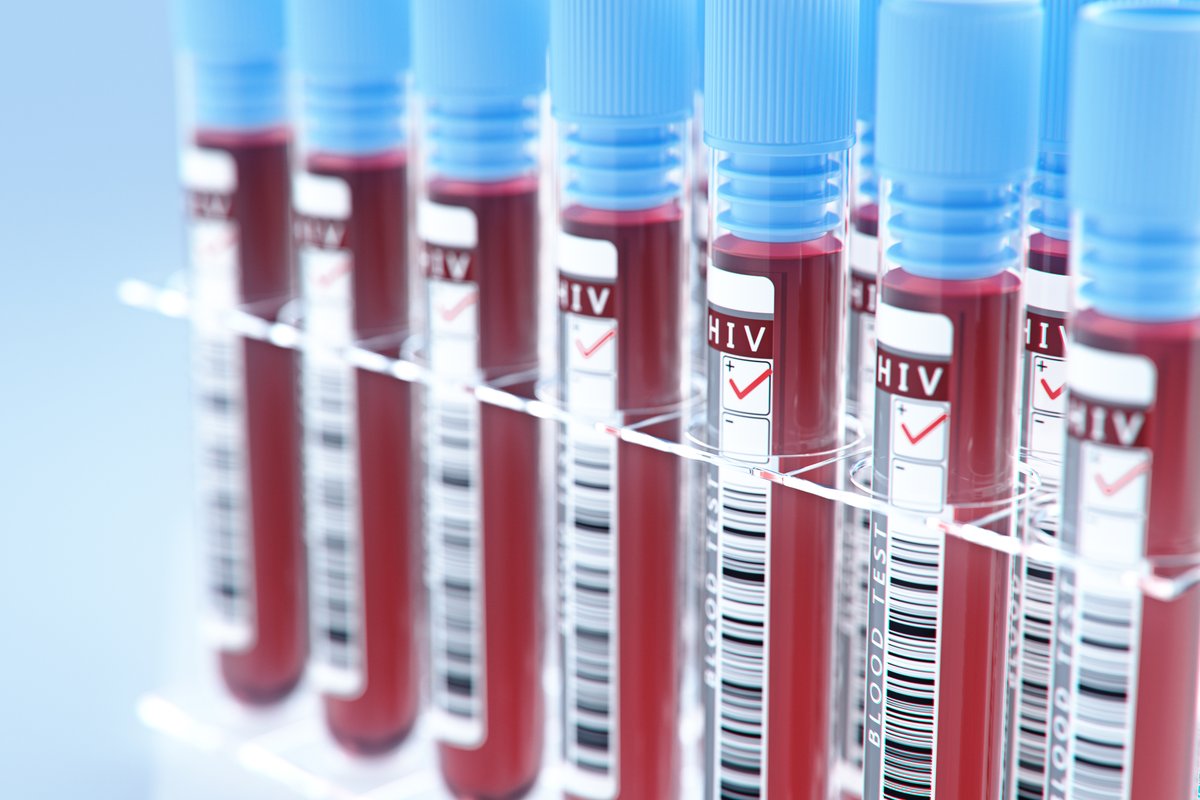 "If you can't identify it, you can't cure it. This research provides further essential clues in the pursuit of an HIV cure—which will ultimately require the complete eradication of dormant or 'latent' HIV strains," said Dr. Zabrina Brumme, lead author on the study.

"Scientists have long known that strains of HIV can remain essentially in hibernation in an individual living with HIV, only to reactivate many years later. Our study confirms that the latent HIV reservoir is genetically diverse and can contain viral strains dating back to transmission."

"By creating family trees of viruses using a technique called molecular phylogenetics, we can reconstruct the evolutionary history of HIV within a person," said Brad Jones, first author on the study. "In essence, we created a highly calibrated 'time machine' that gives us a specific time stamp for when each dormant HIV strain originally appeared in a person."

Dormant HIV strains, which have integrated their DNA into that of the body's cells, can persist for years and are unreachable by antiretroviral treatments and the immune system. They can reactivate at any time, which is why HIV treatment needs to be maintained for life.

Through advances in antiretroviral therapy, an individual living with HIV can now live a longer, healthier life on treatment. Treatment works by stopping HIV from infecting new cells. On sustained treatment, individuals can achieve a level of virus that is undetectable by standard blood tests. An undetectable viral load means improved health and that the virus is not transmittable to others—the concept behind Treatment as Prevention.

"Previous research had already revealed that the HIV reservoir was genetically complex. With our method, we can now understand that complexity with greater granularity, pinpointing exactly when each unique HIV strain originally appeared in a person," said Dr. Jeffrey Joy, Research Scientist at the BC-CfE and co-author on the study.

"In order to eradicate HIV from a person's body, you first need to know the characteristics of HIV in the latent reservoir," said Dr. Art Poon, Assistant Professor in Pathology and Laboratory Medicine at Western University, also a co-author on the study. "We are providing a method for better measuring the timeline of virus latency and evolution within an individual living with HIV."

In order to "date" dormant HIV strains within the viral reservoir, researchers needed to compare these strains to those that evolved within an individual living with HIV over the entire history of their infection. The BC-CfE is one of a handful of institutions worldwide capable of such research, thanks to its maintenance of a historical repository of blood specimens from individuals diagnosed with HIV in BC.

These specimens date back to 1996 and were originally collected for viral load and drug resistance testing. The BC-CfE Laboratory has provided HIV drug resistance genotyping for virtually all Canadian provinces and territories since 1998, as well as for many countries worldwide.