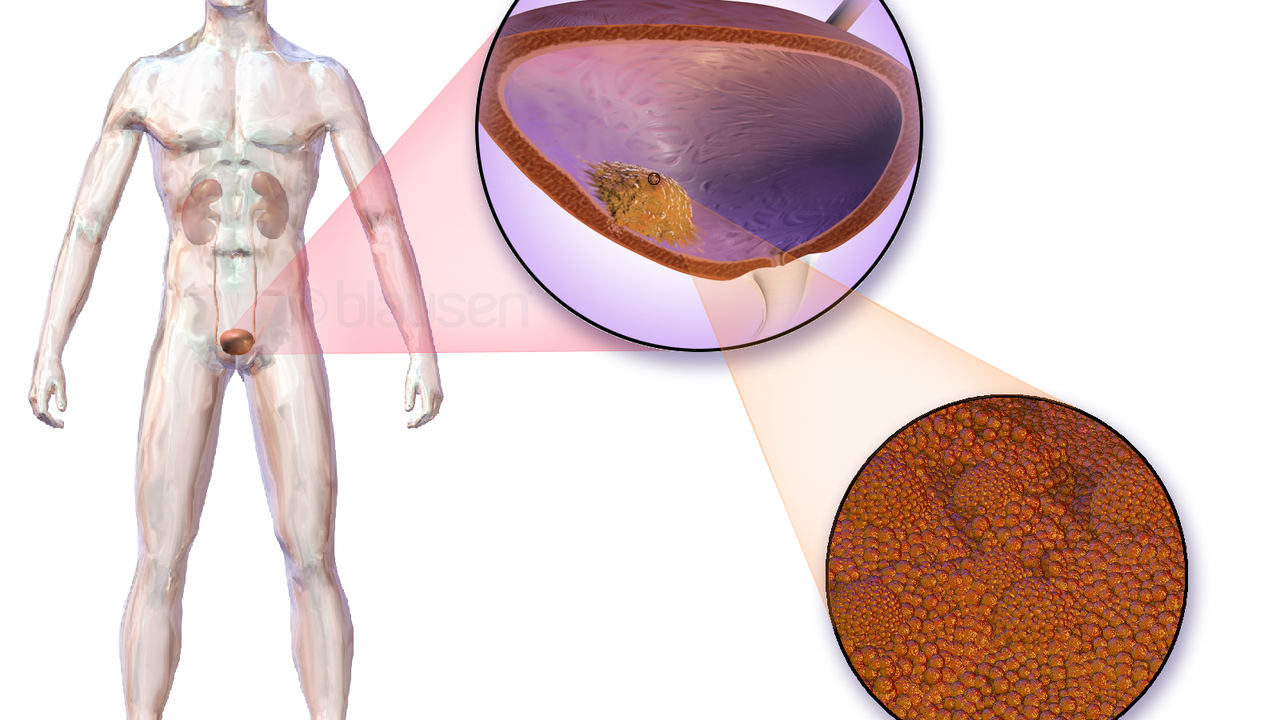 Two new urine tests appear to accurately detect bladder cancer, determine its severity and detect its recurrence, investigators report. The tests look at activity and levels of V1, a gene variant upregulated in bladder cancer that dissolves natural sugars in the mucosal lining of the fist-size bladder, making it more vulnerable to cancer.

Investigators hope the tests will one day improve patient outcomes and reduce costs for a cancer that has both high mortality and treatment costs, says Dr. Vinata Lokeshwar, chair of the Department of Biochemistry and Molecular Biology at the Medical College of Georgia at Augusta University.

Today there is no good, noninvasive method to determine if you have bladder cancer, says Lokeshwar. She’s principal investigator on a new $2.3 million grant from the National Cancer Institute and $608,000 grant from the U.S. Department of Defense that are helping determine if these tests can meet that need.

One test looks at the activity level of the enzyme which V1 codes for and which actually degrades sugar polymers in the bladder’s lining. The other test measures the amount of V1 by looking at the expression of its mRNA in cells that are exfoliate in urine from the bladder.

Previous work in human tissue has shown both tests are about 90% effective at detecting bladder cancer. The V1 test is about 95% accurate at detecting higher-grade cancers, including those that have spread to the muscular wall of the bladder, which likely results in patients having their bladder remove and sets the stage for spread beyond the bladder.

The investigators are performing the new tests concurrently on patients; who receiving standard evaluation for blood in their urine to see how they compare. In patients being monitor for recurrence; so they are also examining issues like whether a positive urine test on a patient who had a negative cystoscopy accurately predicts a future recurrence and whether increasing levels of V1 can predict how rapidly recurrence happens.

In women the diagnosis of bladder cancer is often delay; so because when women present with blood in their urine at their primary care doctor’s office; hence the presumption is that they have a urinary tract infection, Klaassen says. If the blood is not noticeable, it takes longer for the diagnosis as the hematuria associate with bladder cancer is often painless. So patients do not even know that they need to go to the doctor, if they have no visible symptoms.

Smoking is absolutely the number one risk factor for bladder cancer, Klaassen says; so as the carcinogens you inhale find their way into the urine then sit in the bladder. Spinal cord injury patients with bladder catheters also are at increase risk; so as are individuals expose to some chemicals, like in paints and dyes.

Bladder cancer is the fourth most common cancer among U.S. military personnel. A survey by the U.S. Department of Defense found that about 14% of personnel self-report smoking. About three in 10 U.S. military veterans use some form of a tobacco product; so according to the Centers for Disease Control and Prevention. Overall smoking rates in the United States are about 15.5%, a decline from 20.9% in 2005, according to the CDC.