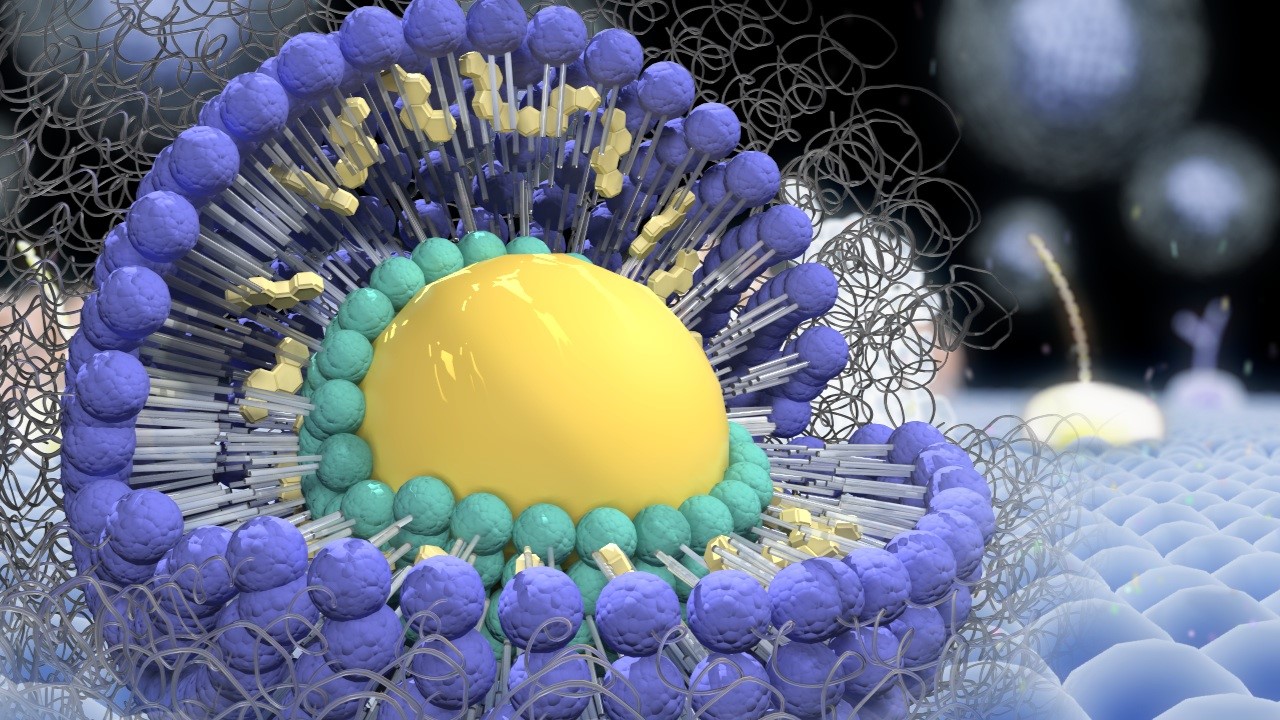 A small trial of focal therapy for discrete lesions in the prostate using gold-silica nanoshells (GSN) directed laser technology (also called AuroLase Therapy, developed by Nanospectra). The study conducted in 15 patients who had low- to intermediate-risk prostate cancer. There were no serious side effects after 90 days, which was the primary endpoint of the study. At 12 months, 87.5% of the lesions tested negative for tumor in the ablation zone.

“However, this current pilot device study demonstrates that GSN-directed laser excitation and ablation is a safe and technically feasible procedure for the targeted destruction of prostate cancer,” the study authors conclude. Another study is currently in progress. That study, which involves 45 patients, is assessing efficacy at a 12-month follow-up. To grant approval of devices, the US Food and Drug Administration (FDA) requires data for 100 patients.

“The study shows that for low- to intermediate-risk prostate cancer, photothermal ablation provides the ability to avoid over treatment as well as to avoid the deleterious effects of radical treatment options,” Jenson noted. Approached for comment, Anthony V. D’Amico, MD, PhD, from the Dana-Farber Cancer Institute, Boston, Massachusetts, who was not involved in the study, told Medscape Medical News that efficacy needs to be established in future studies in more men with longer follow-up to assess cancer control and toxicity.

Nanoshells comprise a silica core and a gold shell. They measure 150 nm in diameter. However, they designed to absorb near-infrared light and convert it to heat. They accumulate at high levels at tumor sites, owing to their leaky vascular architecture. When near-infrared light from a laser is targeted in a pinpoint manner at the lesion, the nanoshells absorb the light. The tumor then undergoes photothermal heating, resulting in cell death.

However. the safety study enrolled 16 men aged 58 to 79 years with low- to intermediate-risk prostate cancer (Gleason score, 4+3 or less). The patients  diagnosed and underwent staging that employed high-resolution multiparametric MRI (mpMRI). The regions of interest overlaid on live ultrasound images. These images guided placement of the laser trocar, which houses a laser catheter, so as to deliver near-infrared light in a pinpoint manner at the site of the lesions, thereby heating the nanoshells.

But the procedure carried out in two stages on consecutive days. On the first day, patients received an intravenous infusion of 7.5 mL/kg of nanoshells. On the second day, patients underwent laser excitation of the nanoshells under general anesthesia. The median time under anesthesia, which included patient positioning and equipment preparation, was nearly 4 hours (230 minutes; range: 115 – 345). Patients discharged on the same day after several hours of monitoring and a successful voiding trial. Five patients required a Foley catheter post ablation.

After 48 to 72 hours, patients underwent mpMRI for evaluation of radiologic treatment response at the planned ablation zone. At 3 and 12 months, patients underwent repeat mpMRI and MR/ultrasound targeted biopsy. Patients follow for 1, 3, 6, and 12 months for adverse events. Patients’ International Prostate Symptom Score, urinary quality of life, and Sexual Health Inventory for Men score assessed. The scores at 3, 6, 12 months similar to baseline values. Fifteen patients completed the study. One patient experienced epigastric pain during the nanoshell infusion and did not undergo laser treatment on day 2.

At 3 months (the primary endpoint time point), median prostate volume had decreased by 7 cm3 (49 cm3 at baseline), and the median prostate-specific antigen (PSA) level had decreased by 2.8 ng/mL (6.7 ng/mL at baseline). Decreases in PSA sustained through 12 months of observation. No grade 3/4 adverse events occurred during the procedure. Grade 1/2 hematuria reported for all 15 patients at 90 days post ablation. Two occurrences of residual disease reported at 3 months. According to the investigators, these occurrences may have been due to the positioning of the laser catheter.

At 3 and 12 months, residual disease observed in two patients. In a comment to Medscape Medical News, D’Amico said, “One issue is that any form of focal ablation (even if mpMRI directed) does not ensure cure, because mpMRI can miss lesions that are grade 4 and that are <0.5 cm3 in size, and certainly misses microscopic disease. “So the question remains as to whether, by missing such disease even in carefully selected men, they are at risk for worse outcomes than if they are treated when and if their PSA subsequently rises,” he added.