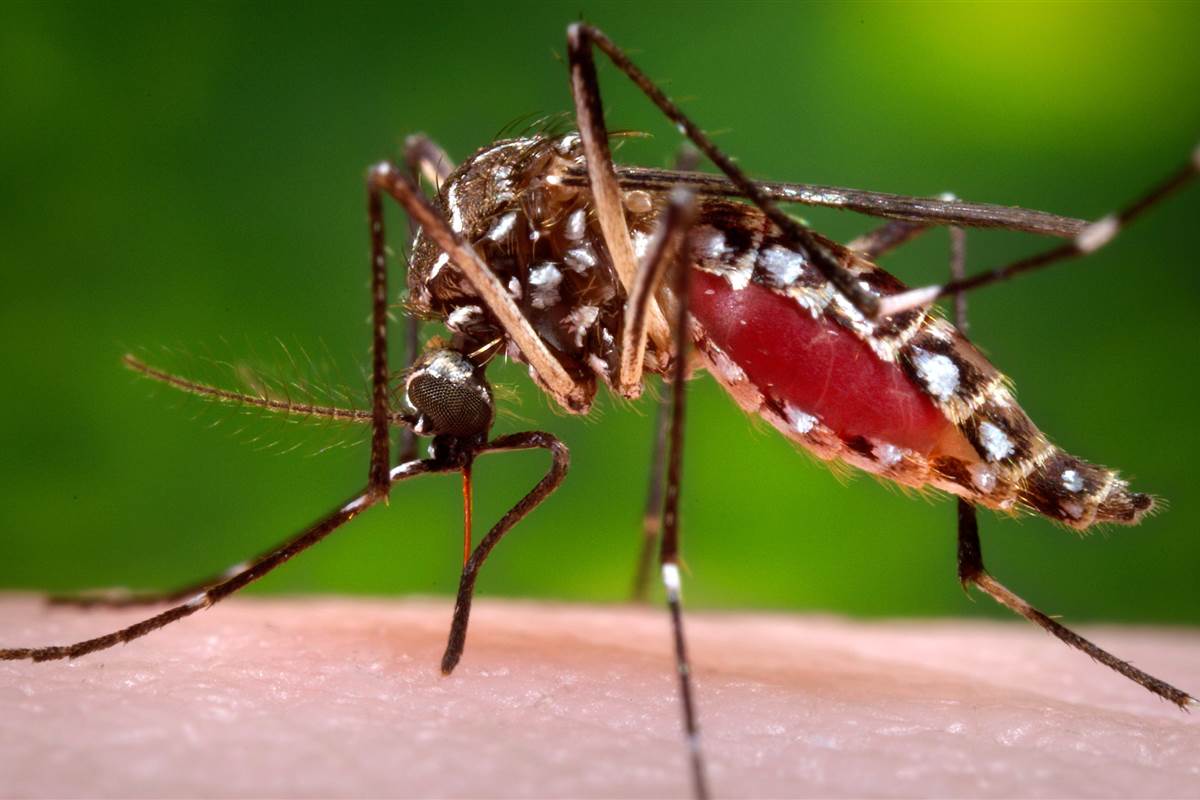 When the West Nile Virus (WNV) was detected in a patient in Queens, NY, a hospital in the summer of 1999, it would have been hard to anticipate how quickly one common species of house mosquito , Culex pipiens, would help begin spread the virus throughout the western hemisphere.

Bite-by-bite, coast-to-coast, mosquito populations would transmit the virus  initially discovered in the West Nile province of Uganda more than 75 years ago to human communities in 44 US states in just three years.

With more than 2,500 different species of mosquitoes known on Earth today, many challenges remain for entomologists and disease control experts aiming to monitor the evolution of mosquito populations and infectious mosquito-borne disease, which causes nearly 700 million people worldwide and results in more than 1 million human deaths each year.

Physicists are now exploring laser-based technology traditionally used for studying conditions in the atmosphere – such as Light Detection and Ranging (LIDAR) – to shine a light on the subtlest of features of mosquito activity and better track populations that may carry a viral threat.

An investigation led by Benjamin Thomas, assistant professor of physics at NJIT, has adopted the use of LIDAR, an infrared optical remote-sensing technology capable of capturing the rate that mosquitoes beat their wings in flight, known as wing beat frequency (WBF).

By understanding variations of WBF in mosquitoes , Thomas's lab is learning two key characteristics that can help distinguish which mosquitoes may be vectors for infectious disease, from those that are not: species and gender.

The spread of mosquito-borne disease

"Mosquitoes remain the deadliest animal on Earth by far," said Thomas. "Unfortunately, our current methods for tracking and gathering data about them are usually very expensive for great time and resources, so we have lacked a lot of entomological data about many species and their female populations, which are typically transmitters of diseases ."

"Current strategies like pheromone-based physical traps have been used to study mosquito populations on a small scale accurately." Thomas says his team's work could help fill the gap of entomological data at the large scale, giving researchers a better way of surveying the broader evolution of insect populations and their ecosystems, as well as track the spread of mosquito-borne disease , "said Thomas.

"In cases like the Zika outbreak, we were mostly following its spread by following reports of illness , always leaving us one step behind the mosquitoes transmitting the virus," said Thomas.

"We have been developing a new optical instrument capable of scanning the environment and measuring hundreds of insects per hour in real time. This could give us a better method of gathering large-scale entomological data while helping us track specific species that we know are dangerous in response to an outbreak, "said Thomas.