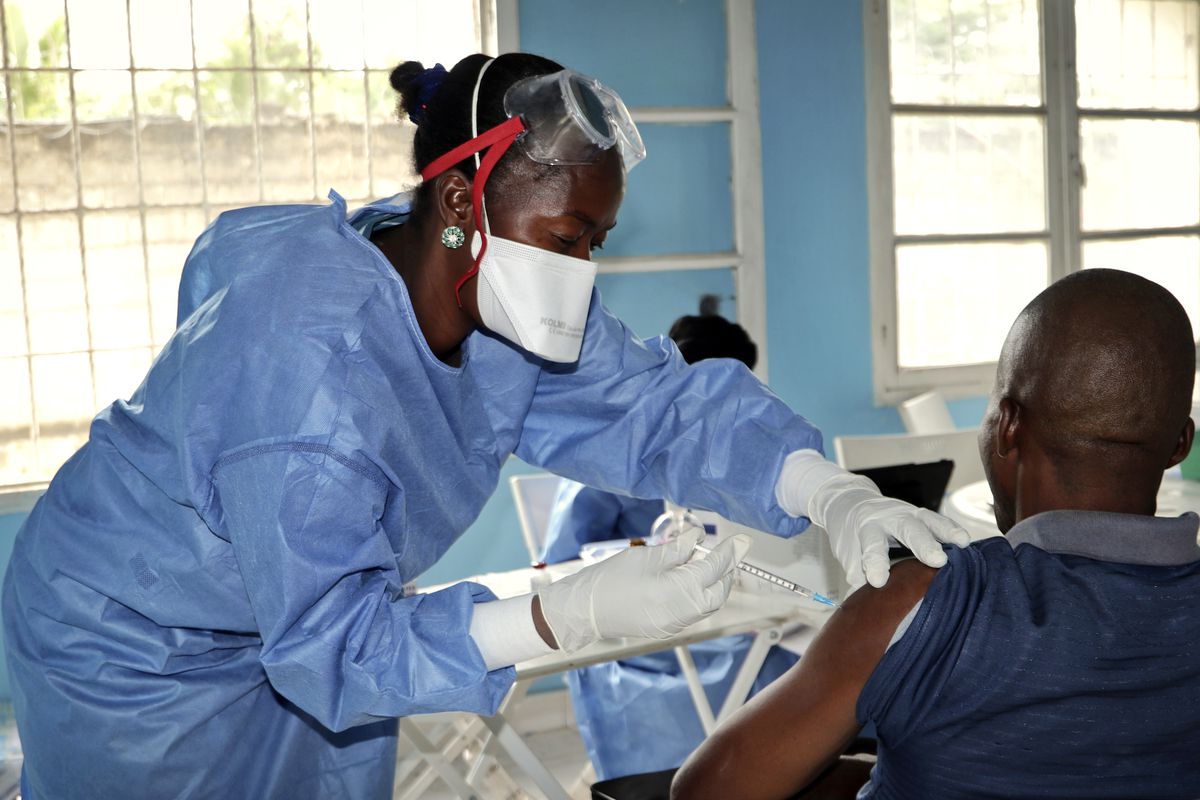 Scientists from academia, industry, and government have developed a combination of monoclonal antibodies (mAbs) that protected animals from all three Ebola viruses known to cause human disease. Their work is described in two companion studies published online in the journal Cell Host & Microbe.

The mAb "cocktail," called MBP134, is the first experimental treatment to protect monkeys against Ebola virus (formerly known as Ebola Zaire), as well as Sudan virus and Bundibugyo virus, and could lead to a broadly effective therapeutic, according to the authors.

Over 20 Ebola virus outbreaks have occurred since the first outbreak was documented in 1976 in the Democratic Republic of Congo, or DRC. The 2013-2016 Ebola epidemic in Western Africa sickened more than 28,000 people and caused more than 11,000 deaths. An ongoing outbreak in the eastern Kivu region of DRC is already the second largest on record, according to the World Health Organization.

No Ebola virus medical countermeasures have been approved by FDA

No Ebola virus medical countermeasures have been approved by the U.S. Food and Drug Administration. An experimental vaccine and several experimental therapeutics — including three based on mAbs — are being studied in the field. Despite their promise, all target only a single Ebola virus (Zaire) and are ineffective against the other two.

"Developing a single treatment that could potentially be used for patients suffering from all the different types of Ebola viruses is an enormous advancement in the field," commented John M. Dye, Ph.D. of the U.S. Army Medical Research Institute of Infectious Diseases, one of the authors.

Citing growing evidence of the value of monoclonal antibodies for treating even the most virulent infections, Dye added, "This discovery has implications not only for the treatment of Sudan and Bundibugyo viruses, but for newly emerging Ebola viruses as well." The two mAbs that make up MBP134 were previously discovered, were shown to target key sites of vulnerability shared by Ebola viruses.

In the first study, a team led by Kartik Chandran, Ph.D. engineered one of the mAbs to improve its activity against Sudan virus. They demonstrated that this enhanced mAb could work especially well with the second naturally occurring mAb to block infection by all three viruses and protect guinea pigs against both Ebola virus and Sudan virus. Additional modification of both mAbs to harness the power of "natural killer" immune cells enhanced MBP134's broad protective efficacy in guinea pigs even further.

In the second study, a team led by Dr. Zachary A. Bornholdt, Ph.D., of Mapp Biopharmaceutical Inc. evaluated the MBP134 cocktail in large animal models that mimic Ebola virus disease in humans more closely. They found that a single low dose of MBP134 could protect monkeys against all three Ebola viruses associated with human disease, even when treatment was begun 4-7 days after the animals were infected.