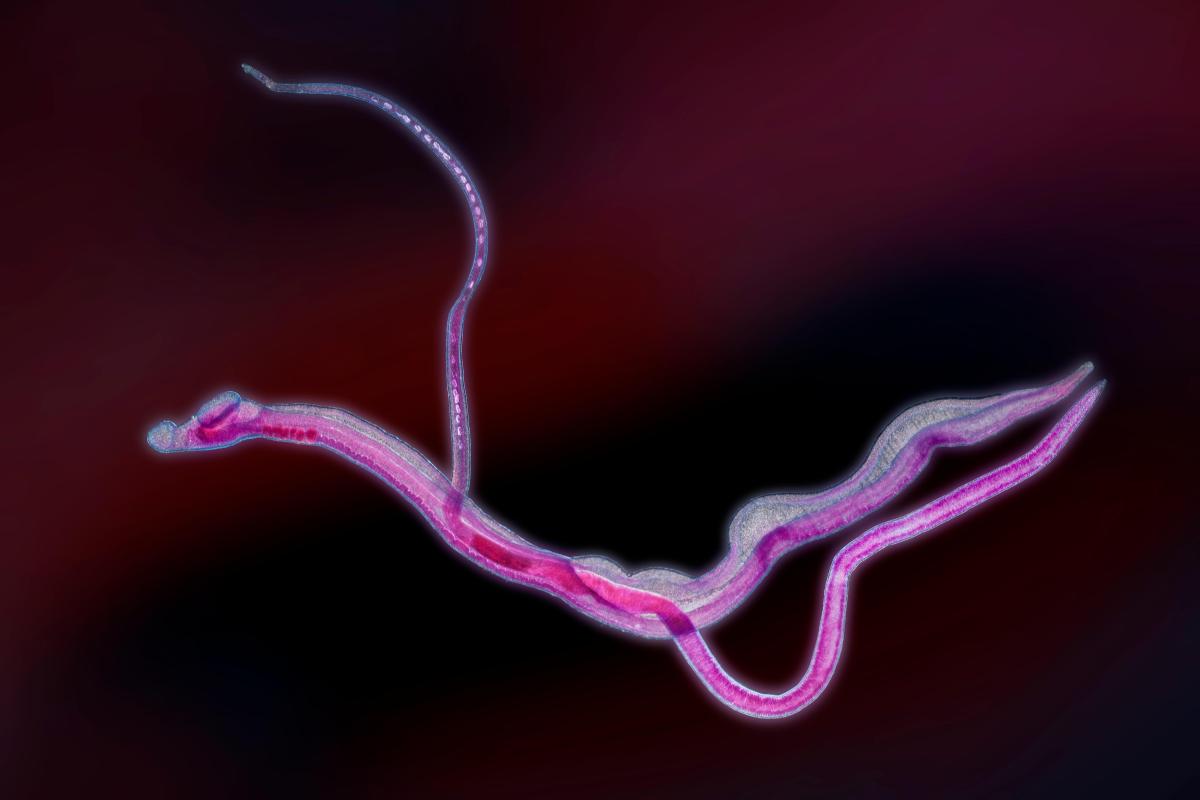 The largest genomic study of parasitic worms to date has identified hundreds of thousands of new genes and predicted many new potential drug targets and drugs. The research could help scientists understand how these parasites invade us, evade the immune system and cause disease. Reported in Nature Genetics, the study could lead to new de-worming treatments to help prevent and treat the diseases caused by parasitic worms worldwide.

Parasitic worms cause some of the most neglected tropical diseases, including river blindness, schistosomiasis, and hookworm disease, and blight the lives of over a billion people globally. Infections can last many years or even decades, leading to severe pain, massive physical disabilities, retarded development in children, and social stigma associated with deformity. Despite the huge health burden inflicted on many of the poorest countries of the world, there has been little investment in parasitic worm research.

To understand how worms can infest and live inside people, the researchers compared the genomes of 81 species of roundworms and flatworms, including 45 that had never been previously sequenced. Their analysis revealed almost a million new genes that had not been seen before, belonging to thousands of new gene families, and which had huge variations in how they were distributed between species.

The researchers found that some species of worms had enormous gene families to help them colonize the host gut, migrate through host tissue or digest food. Other species had many gene families that affect the host immune system to keep the worm hidden.

Dr. Matt Berriman, the senior author from the Wellcome Sanger Institute, said: "Little is known about the biology of many parasitic worm species, so we used a broad comparison of their genomes to discover the most striking genetic differences between them. We have uncovered many new genes and gene families to help understand how the worms live and migrate inside us and other animals. This dataset will catapult worm research into a new era of discovery."

Anti-worm treatments have remained unchanged for years and are often inadequate. In addition, an over-reliance on just a few existing drugs may lead to drug resistance. To search for new interventions, the researchers mined the dataset of 800,000 worm gene sequences to predict new worm drug targets and anti-worm drugs. Making use of the ChEMBL database* of existing drugs and chemicals, they narrowed the list down to 40 high-priority drug targets in the worms, and hundreds of possible existing drugs or compounds.

Dr. Avril Coghlan, lead analyst from the Wellcome Sanger Institute, said: "The spectrum of drugs available to treat worm infections is still very limited. We focussed our search by looking at existing drugs for human illnesses. This may provide a fast-track route to pinpointing existing drugs that could be repurposed for deworming."

Further research could lead to a raft of new treatment possibilities to help improve the lives of the millions of people suffering from the neglected tropical diseases caused by these worms. In addition to uncovering new genes and potential new deworming possibilities, the 81 genome sequences allow researchers to place each worm in the evolutionary tree of life, to help understand how parasites evolve.

Prof Mark Blaxter, an author from the University of Edinburgh, said: "All the parasites evolved from free-living ancestors, and comparing their genomes has shown the changes that happen when a species becomes a parasite. Parasites affect most of the natural world, and these genomes hold a record of how these fascinating animals—and their astounding biology—came to be."

Associate Prof Makedonka Mitreva said: "Parasitic worms are some of our oldest foes, and have evolved over millions of years to be expert manipulators of the human immune system. This study will lead to a better understanding of the biology of these important organisms, but could also help us better understand how our immune systems can be harnessed or controlled."