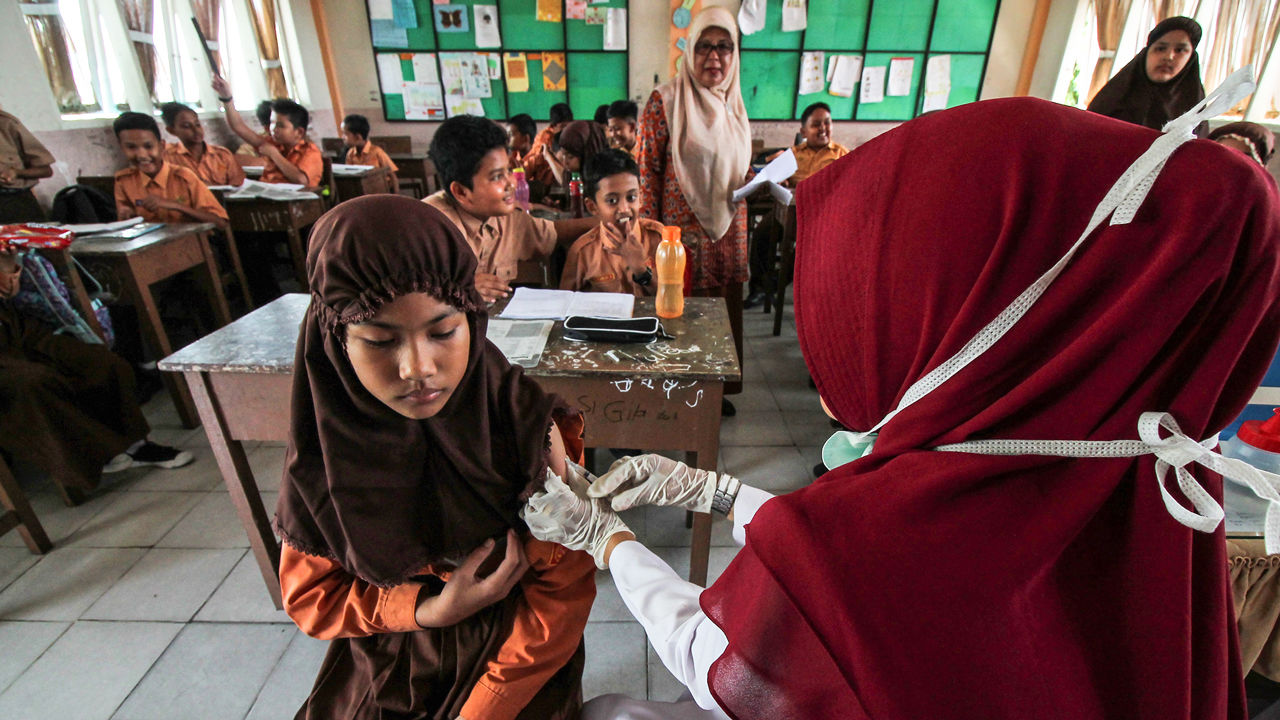 The World Health Organization says Malawi has become the first country to begin immunizing children against malaria; but using the only licensed vaccine to protect against the mosquito-spread disease. Although the vaccine only protects about one-third of children who are immunized; but those who get the shots are likely to have less severe cases of malaria. The parasitic disease kills about 435,000 people every year, the majority of them children under 5 in Africa.
“It’s an imperfect vaccine but it still has the potential to save tens of thousands of lives;” said Alister Craig, dean of biological sciences at the Liverpool School of Tropical Medicine; who is not linked to WHO or vaccine. Craig said immunizing the most vulnerable children during peak malaria seasons could spare many thousands from falling ill or even dying.
The vaccine, known as Mosquirix, was developed by GlaxoSmithKline and was approved by the European Medicines Agency in 2015. A previous trial showed the vaccine was about 30% effective in children who got four doses; but that protection waned over time. Reported side effects include pain, fever and convulsions.

Pedro Alonso, director of WHO’s malaria program, said similar vaccination programs would begin in the coming weeks in Kenya and Ghana, with the aim of reaching about 360,000 children per year across the three countries. Alonso called the vaccination rollout a “historical moment”; but noting that it was significantly more difficult to design a vaccine against a parasite as opposed to a bacterium or virus.

He acknowledged the vaccine was flawed but said the world could not afford to wait for a better option. “We don’t know how long it will take to develop the next-generation vaccine,” he said. “It may be many, many years away.” In the meantime; he said, the stalled progress against malaria demanded new tools now. Resistance is growing to medicines that treat the disease, while mosquitoes are becoming more resistant to insecticides. In addition, funding for malaria efforts has plateaued in recent years.

It took GSK and partners more than 30 years to develop the vaccine, at a cost of around $1 billion. GSK is donating up to 10 million vaccine doses in the current vaccination initiatives. A company spokesman said GSK is working with partners to secure funding for potentially broader vaccination programs.

Some experts warned the vaccination programs should not divert limited public health funds from inexpensive and proven tools to curb malaria such as bed nets and insecticides. “This is a bold thing to do, but it’s not a silver bullet,” said Thomas Churcher, a malaria expert at Imperial College London. “As long as using the vaccine doesn’t interfere with other efforts, like the urgent need for new insecticides, it is a good thing to do.”
Craig said one of health officials’ biggest challenges could be convincing parents to bring their children for repeated doses of a vaccine that only protects about a third of children for a limited amount of time. More commonly used vaccines, like those for polio and measles, work more than 90% of the time. “This malaria vaccine is going to save many lives, even if it is not as good as we would like,” Craig said. “But I hope this will kick-start other research efforts so that the story doesn’t end here.”