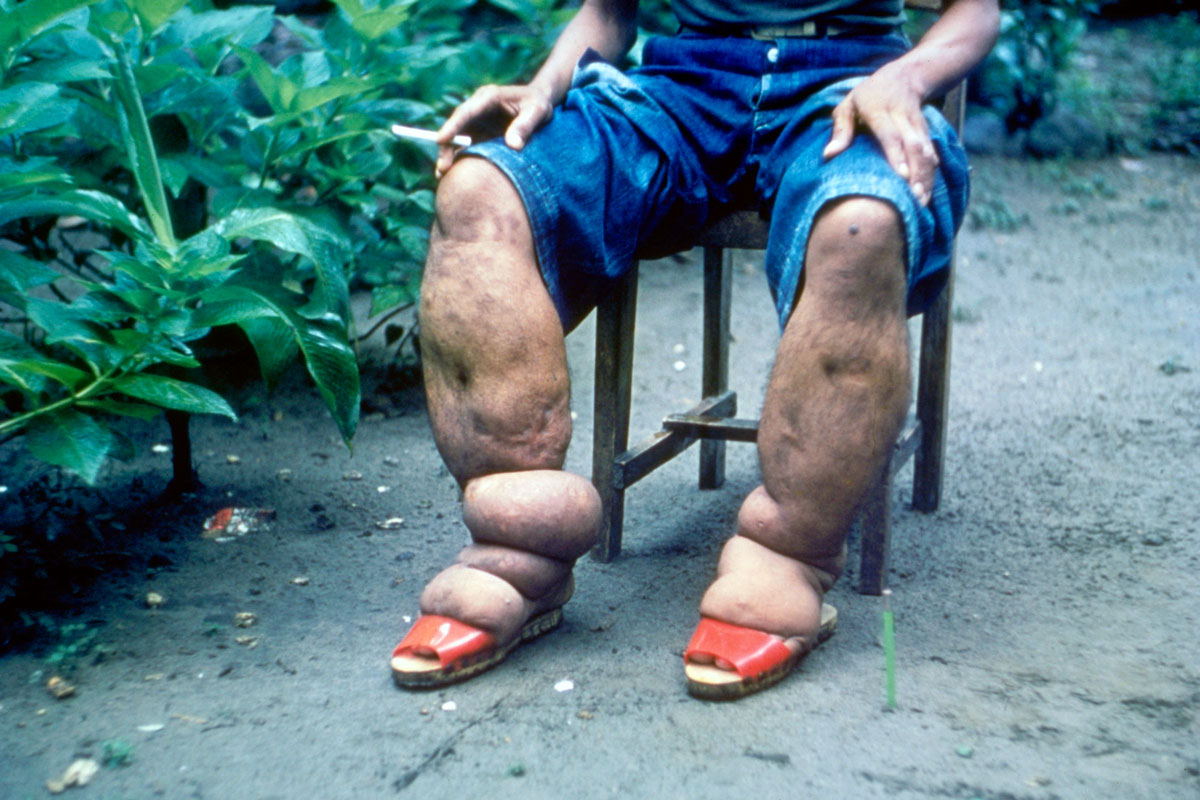 To ensure elimination of the Wuchereria bancrofti, a parasitic roundworm that causes lymphatic filariasis, public health workers must follow up mass drug administration with careful monitoring for recurrence. To that end, a study published this week in PLOS Neglected Tropical Diseases analyzes the effectiveness of mosquito screening as a tool to gauge parasite presence.

The parasitic nematode worm W. bancrofti, spread by mosquitos, is the major cause of lymphatic filariasis (LF), which can cause elephantiasis— severe swelling of the extremities. Since 2000, the World Health Organization has undertaken a global program to eliminate LF, which revolves around mass drug administrations to treat entire populations for the parasite. Currently, monitoring efforts post-drug administration include regular testing for the presence of antibodies among adult humans.

In the new work, Seth Irish, of the US Centers for Disease Control and Prevention, and colleagues collected mosquitos from 180 traps sites in each of two areas of Bangladesh—one which was previously endemic for LF and the other non-endemic. Using real-time PCR, they conducted molecular xenomonitoring (MX) on the insects to detect any W. bancrofti DNA.

A total of 24,436 mosquitos were collected, and 10,344 (41%) were Culex quinquefasciatus, the mosquito which transmits W. bancrofti in Bangladesh. None of the 594 pools of mosquitos collected during the study period tested positive for W. bancrofti DNA, correlating with the results of surveys that had been carried out in the human population to track any reemergence of LF.

“The practical application of xenomonitoring activities is worthy of discussion,” the researchers say. “Further operational research and information sharing about how to programmatically simplify and standardize MX evaluations will also make these evaluations more accessible to a larger number of LF endemic countries entering the post-elimination validation period.”