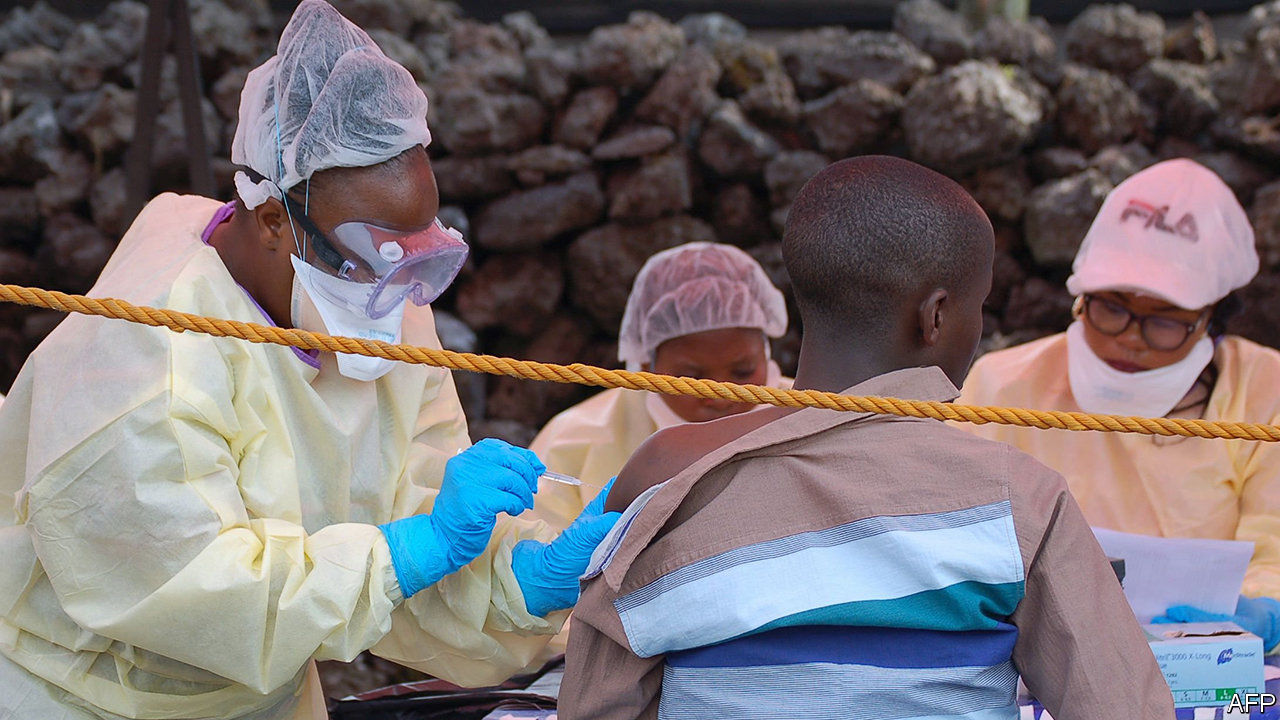 The study finding that the Ebola virus has killing thousands of people in Western Africa between 2014 and 2016. Finally this proving that; scientists step closer to an Ebola cure. Recently, another outbreak in Congo emerged, killing roughly a thousand people. Now, scientists are a step closer to an Ebola cure, thanks to two new drugs that appear to be highly effective in treating people with the virus.

Research studying four experimental drugs as possible treatments for Ebola virus infection; a very contagious and potentially deadly disease. They finding that the two new therapeutic drugs from Regeneron Pharmaceuticals and the U.S. National Institutes of Health (NIH); may help improve the survival of people infecting with the Ebola virus outbreak. The drugs, namely REGN-EB3 and mAb114, are both antibodies that help block the virus.

The new therapies saved about 90% of the patients who were newly infecting; a breakthrough discovery in the decades-long fight against Ebola. The researchers also found a mortality rate of 30% for people who received the treatments, comparing to the mortality rate of ZMapp of 50%. The two new drugs showed clearly to better results, reports the U.S. National Institute of Allergy and Infectious Diseases (NIAID).

As ebola Virus Disease (EVD) is a rare and deadly disease in people and nonhuman primates. But the viruses that cause EVD are located mainly in sub Saharan Africa. People can get EVD through direct contact with an infected animal (bat or nonhuman primate) or a sick or dead person infected with Ebola virus. Research on EVD focuses on finding the virus’ natural host, developing vaccines to protect at-risk populations, and discovering therapies to improve treatment of the disease.

But the virus started in 1976 in two simultaneous outbreaks in South Sudan and the Democratic Republic of the Congo (DRC). The trial has now been stopped due to the promising results of the two new Ebola drugs. Now, all Ebola treatment units will use the two monoclonal antibody drugs. From now on, we will no longer say that Ebola is incurable. However, the drugs have showing efficacy; which making them a good treatment procedure for people with EVD, especially newly infected ones.

However, by getting people into care more quickly is vital; The fact that we have very clear evidence now on the effectiveness of the drugs, we need to get that message out to communities. Ebola virus disease (EVD) is a rare but severe and potentially fatal disease transmitted to humans from wide animals. The estimated case fatality of Ebola virus is 50 percent. The virus started in 1976 in two simultaneous outbreaks in South Sudan and the Democratic Republic of the Congo (DRC).