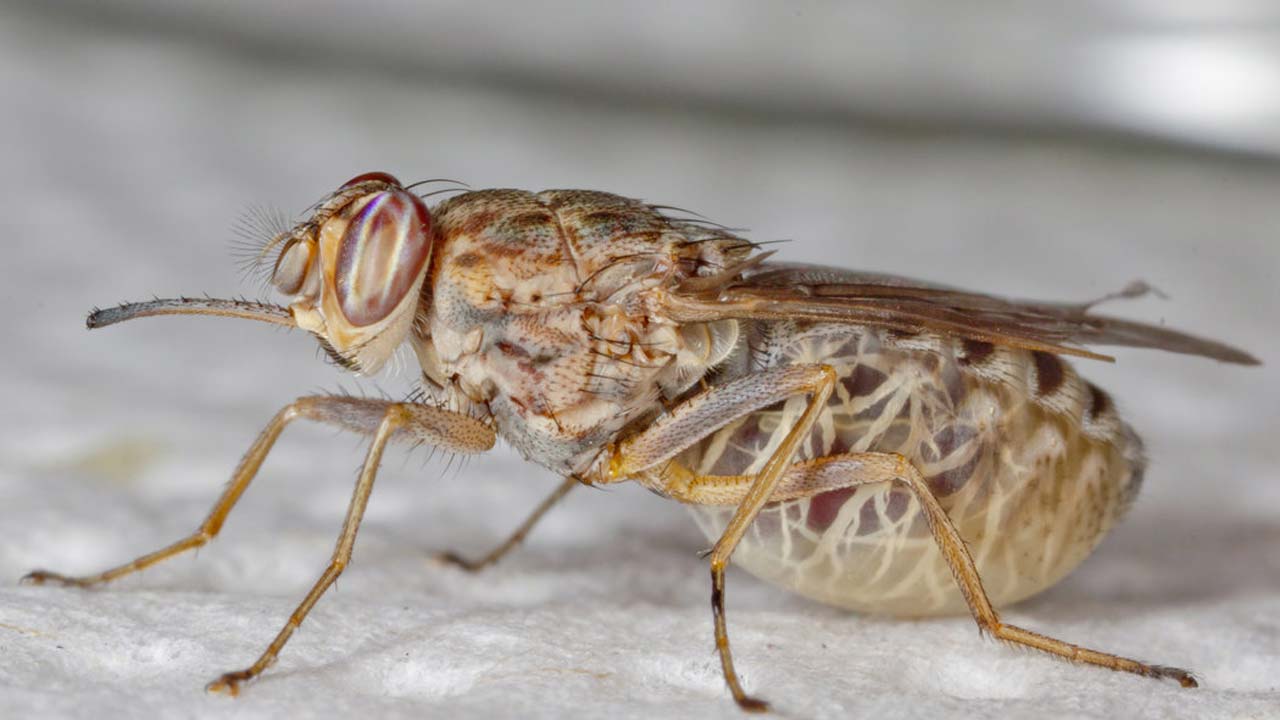 The tsetse fly has wreaked devastation across large swaths of sub-Saharan Africa. About the size of a housefly, the insect transmits a parasite that can be lethal to both humans (sleeping sickness) and animals (nagana) – especially cattle. In many countries of the sub-Sahara, there are large regions where farmers cannot raise cattle; most eventually die as a result of infection caused by the trypanosomiasis parasite. And if farmers take the risk of raising cattle, they must live with the constant fear that their livestock will be infected by the parasite.
The tsetse has caused many farmers to lose their livelihoods as well as an essential source of nutrition for their villages. Across the whole of sub-Saharan Africa, cattle deaths from trypanosomiasis can cause billions of dollars of production and economic losses. This Columbia team is therefore pioneering a machine-learning based imaging and sorting solution that aims to drastically reduce Africa’s tsetse population. The research is supported by a $100,000 Seeds Fund Grant from Columbia’s Data Science Institute.

Time-consuming technique to sort the flies by sex

While working as an intern at the International Atomic Energy Agency (IAEA), Moran first used near infrared light to peer inside the pupae of tsetse flies. She placed the pupae under a microscope and used the near infrared light to photograph them, allowing her to discern if the developing flies were male or female. She designed this novel sorting technique to support the Sterile Insect Technique, which the IAEA has used to eradicate tsetse populations in Zanzibar and other countries. The sterilizing technique uses irradiation to render large numbers of male flies infertile. The flies are then released into breeding grounds, where they mate with female flies.

Since the females usually mate only once in a lifetime, the unfertilized mating will drastically reduce the tsetse population and help eliminate the spread of the disease, enabling farmers to more safely raise livestock. As it is, though, fly-production labs use a manual and time-consuming technique to sort the flies by sex. The sorting solution pioneered by the Columbia team, once refined, will enable the labs to sort the flies faster and more efficiently and on a larger scale.

This innovative research project was born out of a chance encounter. Four years ago, Moran and Szabolcs Marka met at the International Atomic Energy Agency in Vienna. After Moran finished her internship at IAEA and later moved to New York, she teamed up with the Marka lab at Columbia. In that lab, Szabolcs Marka, an astrophysicist with an expertise in biophysics, and Zsuzsa Marka, an experimental physicist, had previously collaborated on insect behavior research, including how to mitigate malaria mosquitoes and fruit flies.

The Markas’ expertise in optics, hardware instrumentation and electronics; also been used successfully in biophysics and astrophysics applications. Most prominently, they are members of the LIGO Scientific Collaboration; a consortium of scientists who worked on the instrument that in 2015 detected gravitational waves; a discovery that resulted in scientists at LIGO winning the Nobel Prize. John Wright, the fourth member of this research team; is an electrical engineer who does high-dimensional data analysis and develops algorithms to solve imaging problems-in this case; the pupae images. Wright and the Markas are also affiliates of the Data Science Institute.

Right now; the four are focused on amassing large numbers of pupae images; used to train a machine-learning algorithm. At the same time; they are also designing a robot that can sort the pupae based on the result of the algorithm. Once the robot can process a large number of images with high accuracy; they will send it to the International Atomic Energy Agency; which will use it to sort the male flies; irradiate them and release them in Africa.”We’ll use data science to create a machine-learning-based automated system; that can quickly determine from a tsetse pupae if it’s male or female;” says Zsuzsa Marka. “And that system will be the basis for a robotic sorting machine; that we hope will eventually; used in sub-Saharan Africa to mitigate the scourge of the tsetse fly.”