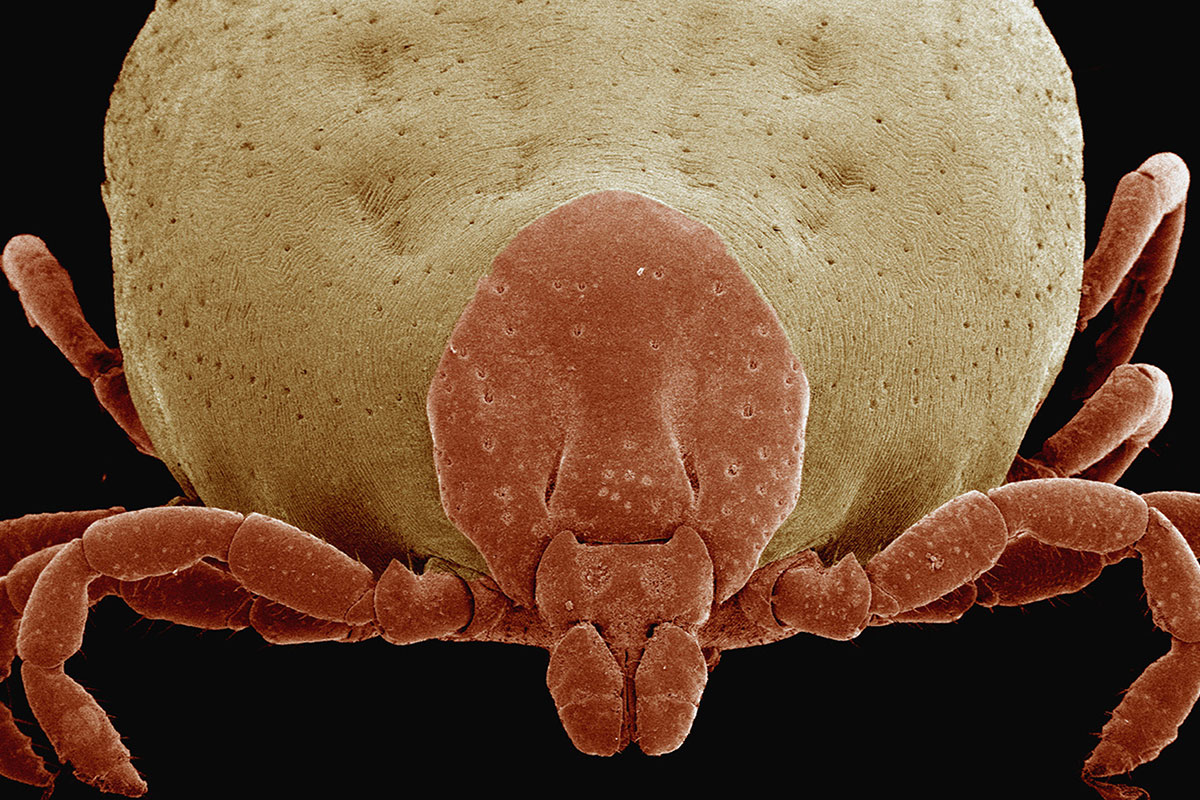 A group of researchers led by Michael Diamond of Washington University School of Medicine in St. Louis have developed a vaccine that is effective in mice against Powassan virus, an emerging tick-borne virus that can cause life-threatening encephalitis in humans. They also show that the vaccine produces antibodies that can protect the mice against other, related tick-transmitted flaviviruses. Their findings appear in the journal Cell Reports.

Powassan virus, a member of the flavivirus family to which Zika belongs, is still rare, but it can be deadly—and as with many emerging diseases, there was previously no known prevention or treatment for it.

This new vaccine is based on a vaccine platform that Diamond and his colleagues used to develop a potential vaccine for Zika: mRNA from the virus in question, encapsulated in lipid nanoparticles (LNP), produces subviral particles that share many features of the virus and provoke an immune reaction that produces protective antibodies. In mice, the new vaccine was effective after one dose against two different strains of Powassan virus and against the more distantly related Langat virus.

This work suggests that the LNP-encapsulated modified mRNA vaccine platform could be used to produce vaccine candidates for other flaviviruses by substituting in mRNA from the virus the researchers want to target. Diamond and his colleagues hope that this could be a way to rapidly produce potential vaccines for new flaviviruses as they emerge and before they become epidemics.

"We are excited that this mRNA-based vaccine against Powassan virus was highly immunogenic and conferred protection against multiple members of the family. We plan to continue studying the molecular basis for its broadly neutralizing antibody activity and test the vaccine against additional related viruses," he says.