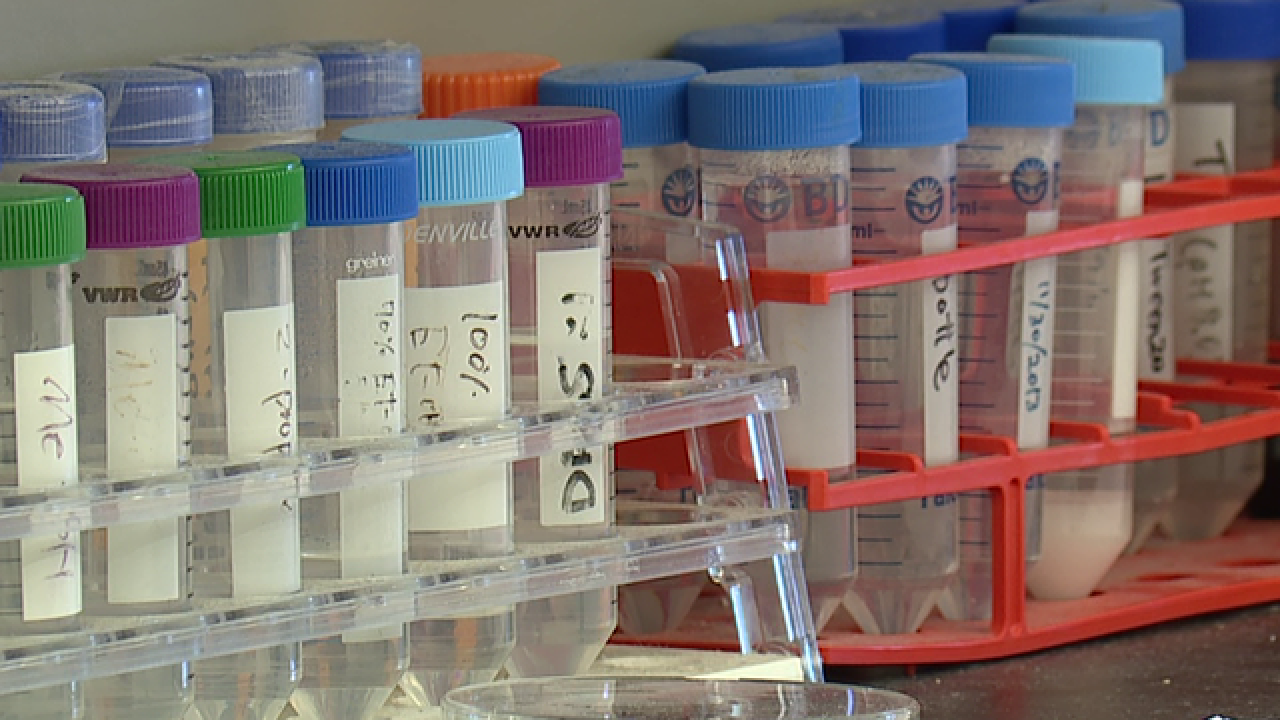 Scientists at Winship Cancer Institute of Emory University, Children’s Healthcare of Atlanta and Georgia Tech have found that modulating blood-forming stem cells’ stiffness could possibly facilitate mobilization procedures used for stem cell-based transplants. Temporary squishiness could help drive blood forming stem cells out of the bone marrow and into the blood, but the cells need to be stiff to stay put and replenish the blood and immune system, the researchers have found. The results from animal research were published on March 14 in the journal Cell Stem Cell.

How deformable cells are, and thus how stiff or squishy they are, plays an important role in retaining blood-forming stem cells in their marrow niches and thus preserving their long-term repopulation capabilities, says lead author Cheng-Kui Qu, MD, PhD. The research provides insights into how alterations in blood stem cell biomechanics can be associated with certain blood disorders, including leukemias.

“Bone marrow transplants”, as part of a treatment strategy for cancer, don’t usually involve physically extracting bone marrow. Instead, doctors use a drug (G-CSF) that encourages blood-forming stem cells to leave the bone marrow and enter the blood, because it generally gives a higher yield. However, that is not the case for about a third of patients, for whom mobilization is insufficient.

Qu says one of the experiments in the paper was a “proof-of-concept” for a strategy that could supplement conventional approaches. Qu is professor of pediatrics at Emory University School of Medicine, Winship Cancer Institute and Aflac Cancer and Blood Disorders Center, Children’s Healthcare of Atlanta. The first author of the paper is postdoctoral fellow Fang Ni, MD, PhD.

Qu and his colleagues were studying an enzyme, Ptpn21, which is highly expressed in blood stem cells and helps reshape parts of a cell’s internal skeleton. The scientists generated mice without Ptpn21, and in the bone marrow of the mutant mice. There were fewer stem cells and early progenitor cells. In addition, blood-forming stem cells tended to be further away (twice as far) from the niches where they usually reside.

The mutant mice were very sensitive to chemotherapy drugs, but it was also easier to spur blood stem cells out of their bone marrow. These observations suggested deformability as an explanation. Blood stem cells from mutant mice could more easily squeeze through narrow pores. “Our initial observations led to a wonderful collaboration with the Lam and Sulchek labs,” Qu says.

Qu approached Wilbur Lam and Todd Sulchek, biomedical engineers who are experts on studying the mechanical characteristics of cells. The Ptpn21-mutant cells were indeed squishier; and the scientists were able to measure exactly how much. Qu’s lab performed additional experiments to pin down how the loss of Ptpn21 affects cell deformability. They found they could make cells lacking Ptpn21 stiff again by interfering with the function of another protein, Septin1.
In addition, they showed that treating normal mice with blebbistatin, which interferes with parts of a cell’s internal skeleton; also results in mobilization of stem cells into the blood. Qu cautions that blebbistatin may also be having systemic effects on the mice. “Our findings are that normal blood-forming stem cells are stiffer and less deformable than differentiate blood cells;” Qu says.
“This helps us better understand the pathogenesis of blood disorders associated with loss of stem cell quiescence. In addition; our findings suggest that cell biomechanics can be leveraged to improve current mobilization regimens for stem cell based therapy.” Lam is a clinical hematologist bioengineer at the Aflac Cancer and Blood Disorders Center of Children’s Healthcare of Atlanta; associate professor of pediatrics at Emory University School of Medicine and a faculty member in the Wallace H. Coulter Department of Biomedical Engineering at Georgia Tech and Emory. Sulchek is associate professor of mechanical engineering at Georgia Tech.