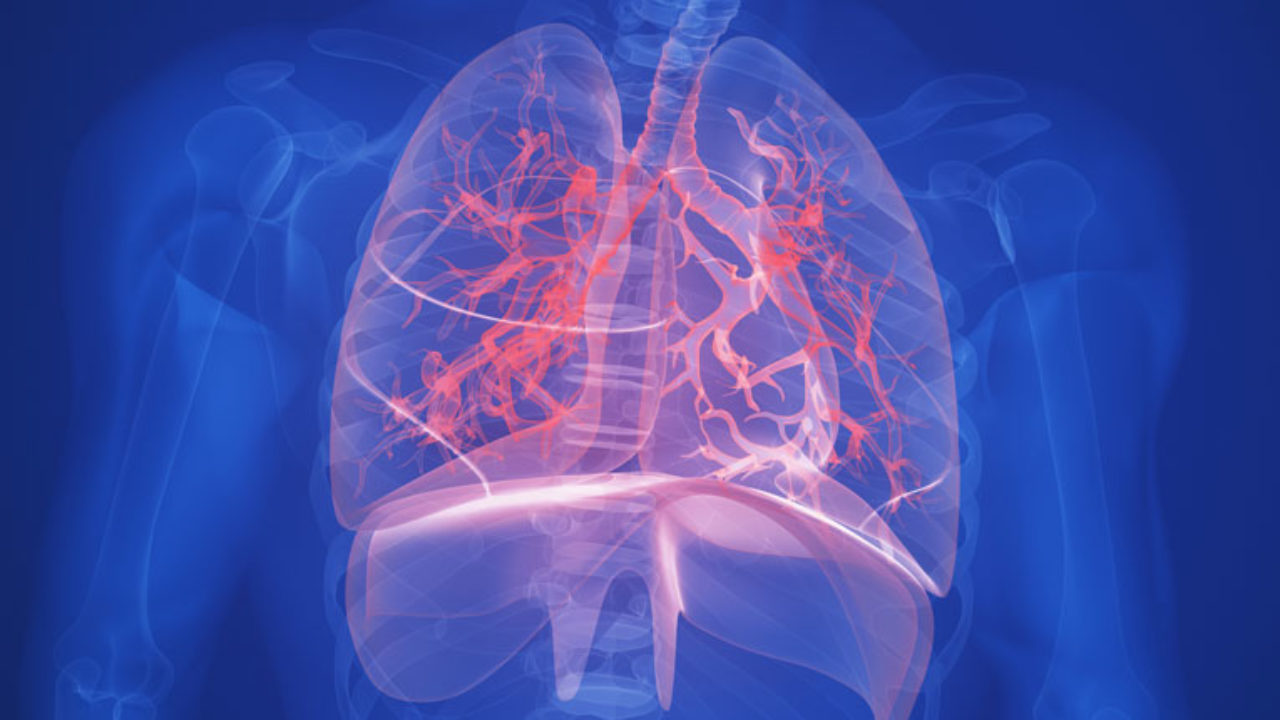 Scientists have shown exactly how mutations in two different genes coordinate to drive the development of malignant lung tumors, according to a new report in the open-access journal eLife. The study in novel genetically engineered mice look at the characteristics of lung tumors from when they are invisibly small to when they are larger and potentially deadly. The results shed new light on the mechanisms of tumor progression and will help researchers currently developing drugs for lung tumors.

There are many types of lung cancer: non-small cell lung cancer (NSCLC) is the leading cause of cancer-related death globally, and lung adenocarcinoma is the most common subtype of NSCLC. Around 75% of lung adenocarcinomas have mutations that affect two important control mechanisms for cell growth the MAP kinase pathway, and the PI3′ kinase pathway. Each pathway alone is not sufficient to cause lung cancer; they need to coordinate to make this happen.

“They knew that mutations in the MAP kinase pathway promote the growth of benign lung tumors; but that PI3′-kinase mutations alone do not kickstart tumor formation in the same cellsm,” explains lead author Ed van Veen, former Postdoctoral Fellow in senior author Martin McMahon’s laboratory at Huntsman Cancer Institute at the University of Utah, Salt Lake City, US.

“The pathways instead cooperate to drive the growth of malignant tumors; but we didn’t know what molecular changes occurred as a result of this cooperation; so how the lung cells lose their characteristics as cancer develops.” The team studied mice with mutations that were only active in lung cells called Type 2 pneumocytes. They analyzed the effects of these mutations on the genes; also protein molecules in individual cells at different stages of tumor development.

When they looked at the gene expression of the MAP and PI3′-kinase driven tumors; so they find that the tumor cells had reduced levels of genes that are hallmarks of a Type 2 pneumocyte; suggesting that these lung cells had lost their identity. Next, the team look which molecules were responsible for coordinating the MAP and PI3′ kinase pathways together. Fluorescent labeling of molecules already know to be involve in lung cell specialize show some surprising results these molecules; so did not play a role in the loss of lung cell identity that contributes to tumor progression.

To investigate if PGC1α directly controls the loss of Type 2 pneumocyte identity during lung tumor development; so the team studied mice with a silenced version of the molecule; alongside mutations in the MAP kinase pathway. They find that silencing PGC1α causes lung cells to lose their specialized characteristics by cooperating with two other molecules that are require for this specialization.

“Taken together, our results shed light on the mechanisms; which pathways involve in lung tumor development; which also cooperate to influence the specialization of tumor cells,” explains senior author Martin McMahon. “Since both MAP kinase and the PI3′-kinase pathways are targets for drug development; so this study may influence the deployment of drugs currently in clinical trials; so the interpretation of trial results and the process of novel lung cancer drug discovery.”