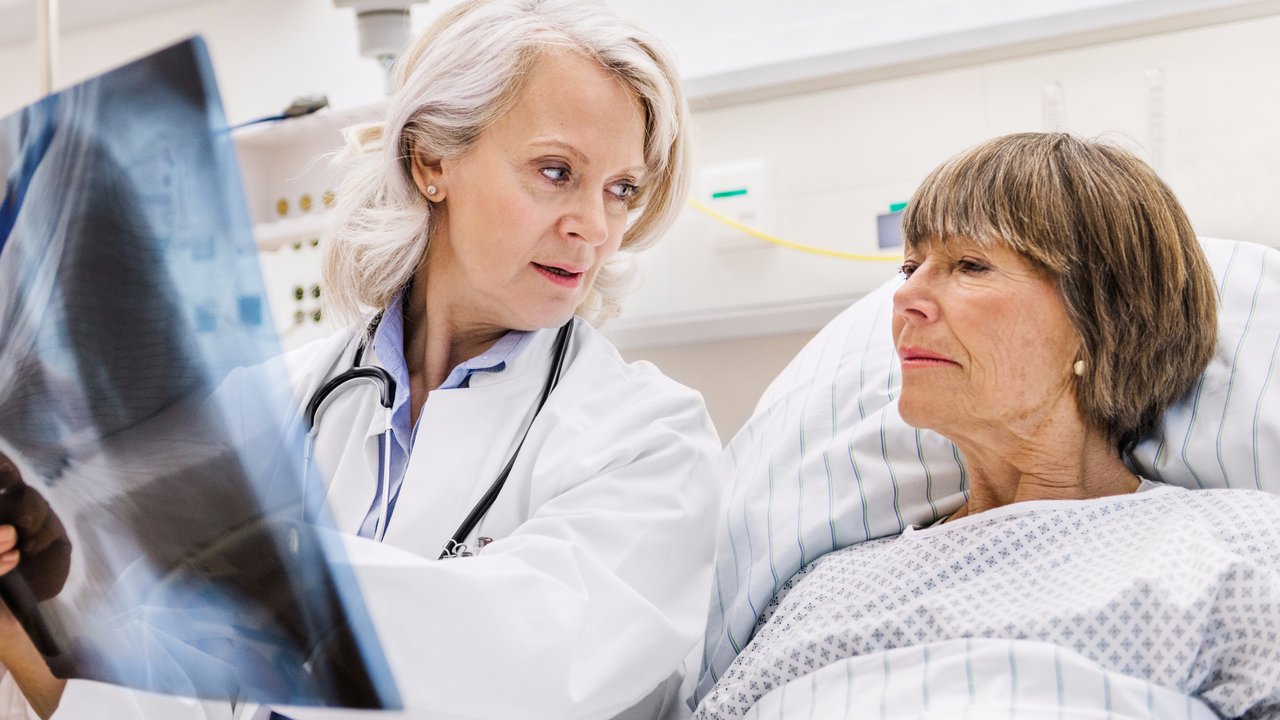 Lung cancer patients whose radiation treatments are halted by hurricanes or other natural disasters may not live as long as patients who complete treatment without interruptions, a U.S. study suggests. Cancer patients undergoing radiation therapy particularly vulnerable in disasters because they need reliable electricity for daily treatments, researchers note in JAMA. Previous research has linked even brief interruptions in daily radiation with worse survival.

The current study focus on patients with non-small cell lung cancer, the most common form. Researchers follow 1,734 patients whose radiation therapy was disrupt by a hurricane sometime between 2004 and 2014 and compare them to 1,734 similar patients who had uninterrupted treatment. When hurricanes interrupt radiation, patients survive an average of 29 months after their diagnosis; hence compare with 31 months for people without disruptions.

“This is the first study to empirically evaluate the impact of natural disasters on cancer survival,” said Leticia Nogueira, lead author of the study and a researcher at the American Cancer Society in Atlanta. Survival odds were long for everyone in the study. Researchers followed half of the patients for at least 15 months. During the study, 1,408 patients with treatment interrupt by hurricanes died, as did 1,331 patients who were unaffected by natural disasters.

Five-year survival rates were 14.5% for patients whose radiation got interrupt; so during hurricanes and 15.4% for other patients in the study, researchers estimated. Overall, patients were 19% more likely to die during; so the study when radiation got disrupted by hurricanes than when treatment continue uninterrupt.

The disaster declarations for hurricanes during the study last from 1 to 69 days. The risk of death during the study increase with the length of disaster declarations; so rising to 27% for disasters lasting 27 days. The study wasn’t design to prove whether or how hurricanes directly impact survival with lung cancer. Another limitation is that searchers lack data on factors that might independently impact survival outcomes including patients’ smoking history; hence treatment side effects, and the reasons for or exact dates of treatment breaks.

Still, the differences in survival outcomes can and should be prevent, the study team writes. “Hurricanes can be predict and cancer patients should be include in disaster mitigation planning,” Nogueira said by email. “Patients undergoing daily radiation treatment should be identify before a hurricane disaster; hence treatment should be transfer to a different facility; also insurance out-of-network charges should be eliminated,” Nogueira added. When hurricane warnings come, patients who haven’t start radiation should; so when possible, start care at a facility outside of the hurricane’s path, said Dr. Richard Cassidy; hence a radiation oncologist with Cancer Specialists of North Florida in Jacksonville.

“Physicians and other medical personnel must be accommodating in crises; also expedite any radiation planning and other factors to ensure as minimal delay of care as feasible,” Cassidy, who wasn’t involve in the study, said by email. “Working in a community cancer center in an area prone to hurricane impact; they are constantly refining and planning for contingencies in the event of a disaster that leads to an extend loss of power or ability of our radiotherapy clinics to operate.”

As extreme weather becomes more common, this type of planning takes on new urgency; so said Asal Johnson, a public health research at Stetson University in DeLand, Florida, who wasn’t involve in the study. “The impacts of climate change and related extreme weather events extend to cancer patients with possible serious consequences,” Johnson said by email. “It is important for cancer treatment facilities to have a system in place during hurricane seasons and communicate to patients what could be done if the facility is forced to close down.”