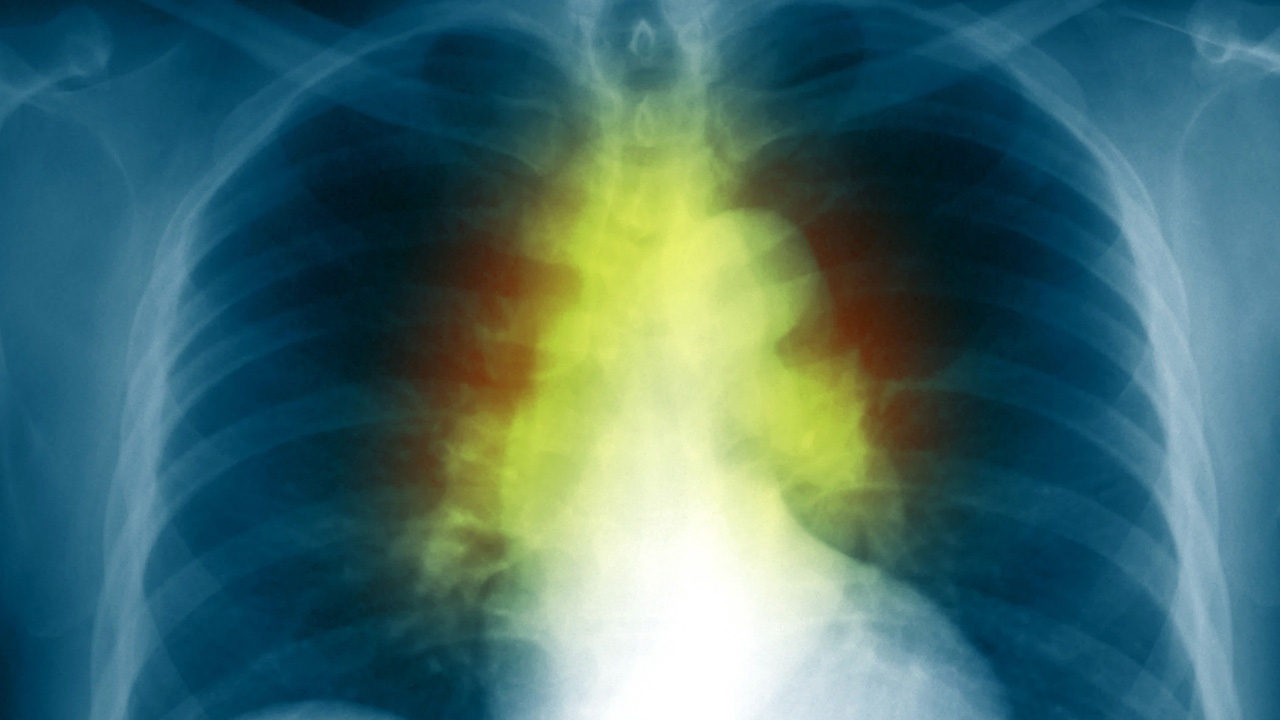 Lung Damage; In this study researchers at the Stanford University School of Medicine have find that inflammation in the lungs, trigger by something as simple as the flu, may wake up a silent genetic defect that causes sudden onset cases of pulmonary hypertension, a deadly form of high blood pressure in the lungs. “It’s a kind of one-two punch,” said Amy Tian, Ph.D., senior research scientist in pulmonary and critical care. “Basically, the first hit is the mutation, and the second hit is inflammation in the arteries of the lungs.

“This is important research for understanding how ‘second hits’ can render ordinarily silent genetic mutations deadly,” Nicolls said. “It also further advances the scientific understanding of the role of inflammation in pulmonary hypertension.” Currently there is no known cause for pulmonary hypertension, a debilitating disease that causes difficulty breathing, fatigue and chest pain.

It can leave patients too weakened to perform simple daily activities; such as climbing a flight of stairs. About 200,000 people a year are hospitalized with the disease in the United States; hence according to the Pulmonary Hypertension Association of America. The only available cure for severe forms of the disease is lung transplantation; but it has only a 30% survival rate.

Pulmonary hypertension occurs when the arteries that transport blood from the heart to the lungs mysteriously thicken and become increasingly clogged, thereby weakening the heart; which has to pump extra hard to get blood to flow through the body. After diagnosis, most patients face a prognosis of just a few years of life before they die of heart failure. Some patients are born with the disease, but often it strikes in later life.

Treatment is limited to vasodilators, drugs that cause the smooth muscle cells of the diseased blood vessels in the lungs to relax, permitting more blood to flow through. These drugs help to extend survival and relieve some symptoms, but they are not a cure. Thus, scientists have been searching for other therapies. Past research has shown that the majority of patients with the inherited form of pulmonary hypertension, which is also the most lethal, carry a mutation in the gene BMPR2.

Based on previous research into inflammation in the lungs, the Stanford researchers hypothesized that an inflammation-producing pathway may provide the second “hit” that triggers the mutation to cause the disease in certain patients. To test the theory, the researchers developed a rat model with a mutation in the BMPR2 gene. They followed the rats for a year, and found that the animals remained healthy. Yet when the rats were injected with a virus carrying the 5LO enzyme that triggered temporary lung inflammation, they developed pulmonary hypertension.

The lung inflammation caused by the virus usually lasts only a few weeks and, in humans; can also be cause by environmental triggers; such as a severe flu or bacterial infection or even hiking to high altitudes. However, in the genetically susceptible, the virus led to permanent inflammation; damaging the lung vessels and causing a lethal form of pulmonary hypertension. “Asthma, a bad flu, temporary types of lung injury from bacterial or virus infections all can be 5LO-mediated,” Tian said.

“This type of inflammation normally has a pretty short life span. But even after the injected virus died, the damage to the endothelial cells in the lining of the blood vessels continued. The cells become the bad player; also they continued to proliferate the inflammation.” These results indicate that limiting potential environmental causes of lung inflammation in patients; hence with a genetic risk for pulmonary hypertension may help prevent the development of the disease, the study said.