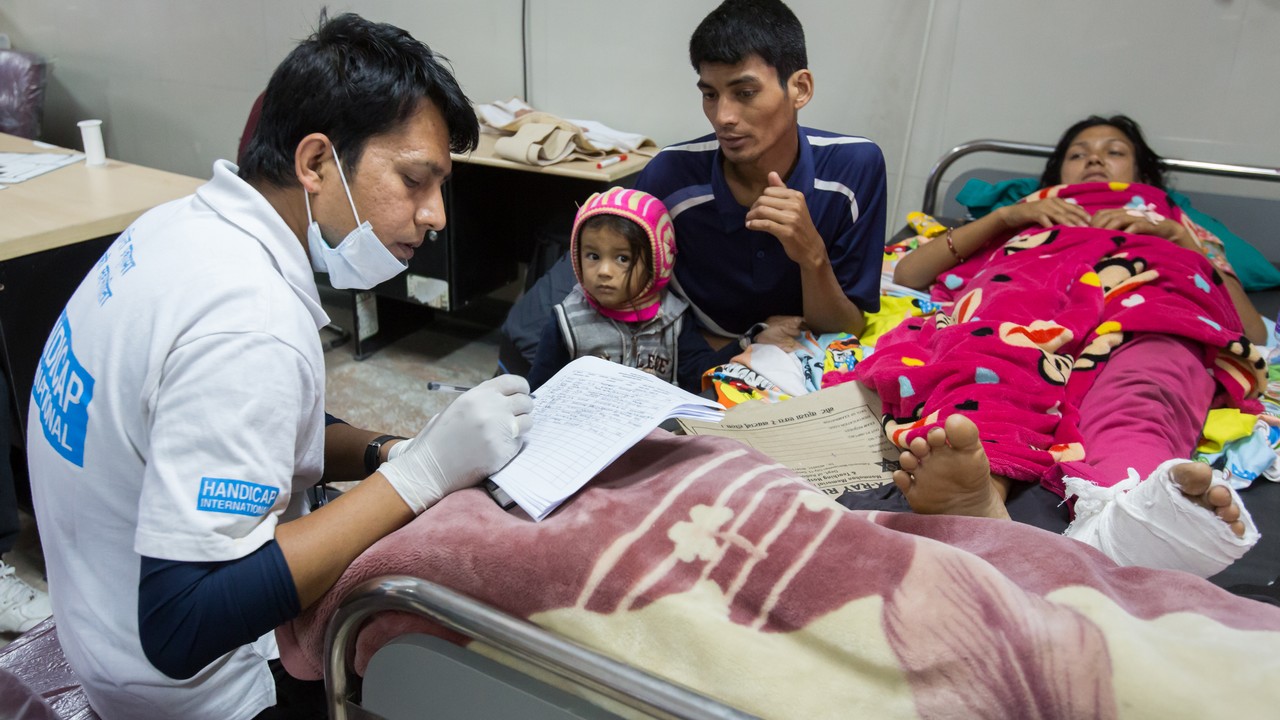 In 2015, Anarda Gurung was an Assistant Health Worker at the health post in Laprak village in Gorkha District in north-central Nepal. When a massive earthquake struck Nepal on 25 April, Laprak – owing to its proximity to the epicenter; in Barpak in the same district was practically level. Anarda, who had been at home when the quake hit, remembers; that her first thought was her children. “I had a nail embedded in my palm when I fell, but I didn’t even notice. I just wanted to find my son and daughter.”

Once she had made sure they were safe, Anarda, along with her fellow health workers; readied to tackle the aftermath of the disaster. Homes and buildings had collapsed including the health post and the ground was crack in many places. People were rushing out of the village to find shelter in more stable areas in the upper reaches of the district. Many were injur.

The team started treating people in tented clinics some distance away. “All our equipment and medicines were destroy. I had a bottle of Betadine that I had managed to save. Otherwise, I was using herbs and plants to dress wounds until the medicines arrived later on,” she says. Anarda remembers it was particularly difficult for pregnant women. “We had four deliveries at the time,” she says. “We were lucky they went well since the conditions in the tents were not ideal.”

Those days seem like an eternity ago given where you find Anarda today – working in the clean; orderly interiors of the new health post in Gupsipakha, around 500 metres above Laprak village. The health post is among 74 such structures constructed by UNICEF to restore live-saving health services in 10 earthquake-affected districts around Nepal, with the generous support of various donors, including donations from around the world to UNICEF’s emergency thematic fund, the Leo Messi Foundation, the Arora Charitable Foundation, and Tetsuko Kuroyanagi.

At 2,700 metres above sea level, the Laprak health post is situation; at the highest altitude out of all such facilities built by UNICEF. Presently, the five-hour drive to the health post from Gorkha Municipality, the district headquarters, comprises a winding path uphill on narrow unpaved roads, punctuated by long, muddy stretches.

“It took much, much longer back then,” recalls UNICEF Engineer Coordinator Uddhab Poudel, who oversaw the construction process. “It was raining constantly, and there would be landslides blocking the roads. There were also no bridges over the rivers and streams that crisscrossed the route.”

The roads were in such poor condition that even trucks couldn’t make the journey. Construction materials – brought from Gorkha Bazaar had to be loaded; onto tractors and transported in small shipments to the site. “It was definitely one of the most difficult structures to build in terms of access; but we knew that this also meant we would be reaching a population that was in dire need,” says Chahana Singh, UNICEF Health Officer. The health post was inaugurating in July 2018.

According to Anarda, the difference in quality of services in the old and new health post is like “night and day”. “We are so much better equipped,” she says. “We even have a birthing centre now, which we didn’t have in the old health post.” The health post is also connected with water supply and a power back-up system with solar panels, as well as quarters for staff.

Among the communities served by the health post is a little village about a half-hour’s walk downhill. This was one of the temporary settlements that sprung up after the fall of Laprak village during the earthquake. Majority of these families are waiting to be shifted to more permanent quarters in a stretch of hillside right next to the health post, where around 600 new houses are being built by the Non-Resident Nepali Association as part of a ‘model integrated settlement’. The settlement is currently under construction.