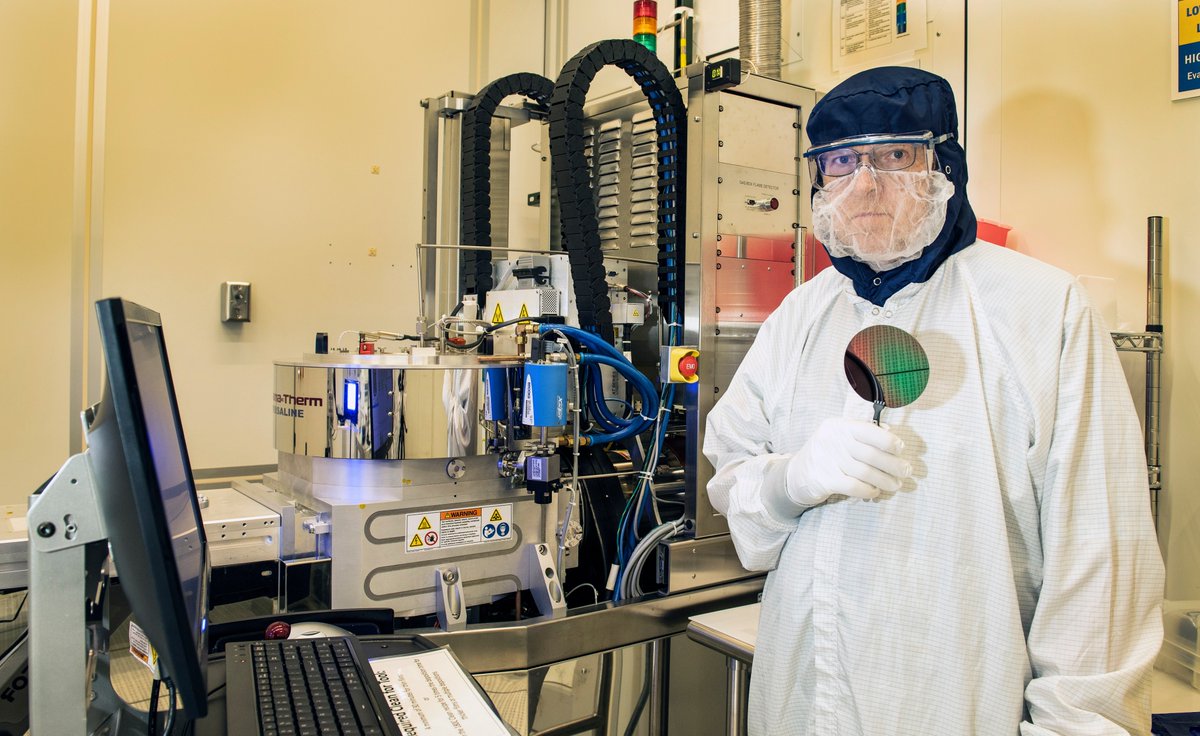 A new study has uncovered a source of error in an industry-standard calibration method that could lead microchip manufacturers to lose a million dollars or more in a single fabrication run. The problem is expected to become progressively more acute as chipmakers pack ever more features into ever smaller space.

The error occurs when measuring very small flows of exotic gas mixtures. Small gas flows occur during chemical vapor deposition (CVD), a process that occurs inside a vacuum chamber when ultra-rarefied gases flow across a silicon wafer to deposit a solid film. CVD is widely used to fabricate many kinds of high-performance microchips containing as many as several billion transistors.

CVD builds up complex 3D structures by depositing successive layers of atoms or molecules; some layers are only a few atoms thick. A complementary process called plasma etching also uses small flows of exotic gases to produce tiny features on the surface of semiconducting materials by removing small amounts of silicon.

The exact amount of gas injected into the chamber is critically important to these processes and is regulated by a device called a mass flow controller (MFC). MFCs must be highly accurate to ensure that the deposited layers have the required dimensions. The potential impact is large because chips with incorrect layer depths must be discarded.

Modern nanofabrication facilities cost several billion dollars each, and it is generally not cost-effective for a company to constantly fine tune CVD and plasma etching. Instead, the facilities rely on accurate gas flows controlled by MFCs. Typically, MFCs are calibrated using the "rate of rise" (RoR) method, which makes a series of pressure and temperature measurements over time as gas fills a collection tank through the MFC.

The conclusion: conventional RoR flow measurements can have significant errors because of erroneous temperature values. "The gas is heated by flow work as it is compressed in the collection tank, but that is not easily accounted for: it is difficult to measure the temperature of nearly stationary gas."

"A tiny amount of variation in the flow rate has a profound effect on the etch rate and critical dimensions of the structures" in very large-scale integrated circuits, said Iqbal Shareef of Lam Research, a company headquartered in California that provides precision fabrication equipment to microchip manufacturers.

Many companies are already re-examining their practices in light of the NIST publication, which provides needed theoretical explanations for the source of RoR flow measurement errors. The theory guides designers of RoR collection tanks and demonstrates easy-to-apply correction methods.

RoR theory shows that different temperature errors will occur for the different gases used in CVD processes. The NIST publication also provides a model uncertainty analysis that others can use to know what level of agreement to expect between MFCs calibrated on different RoR systems.

"NIST serves as a reliable reference for knowledge and measurement where industry can assess agreement between their systems," Wright said. "As manufacturers' measurement needs push to ever lower flows, so will NIST calibration standards."