Fear Of Leprosy Resurgence In Nepal 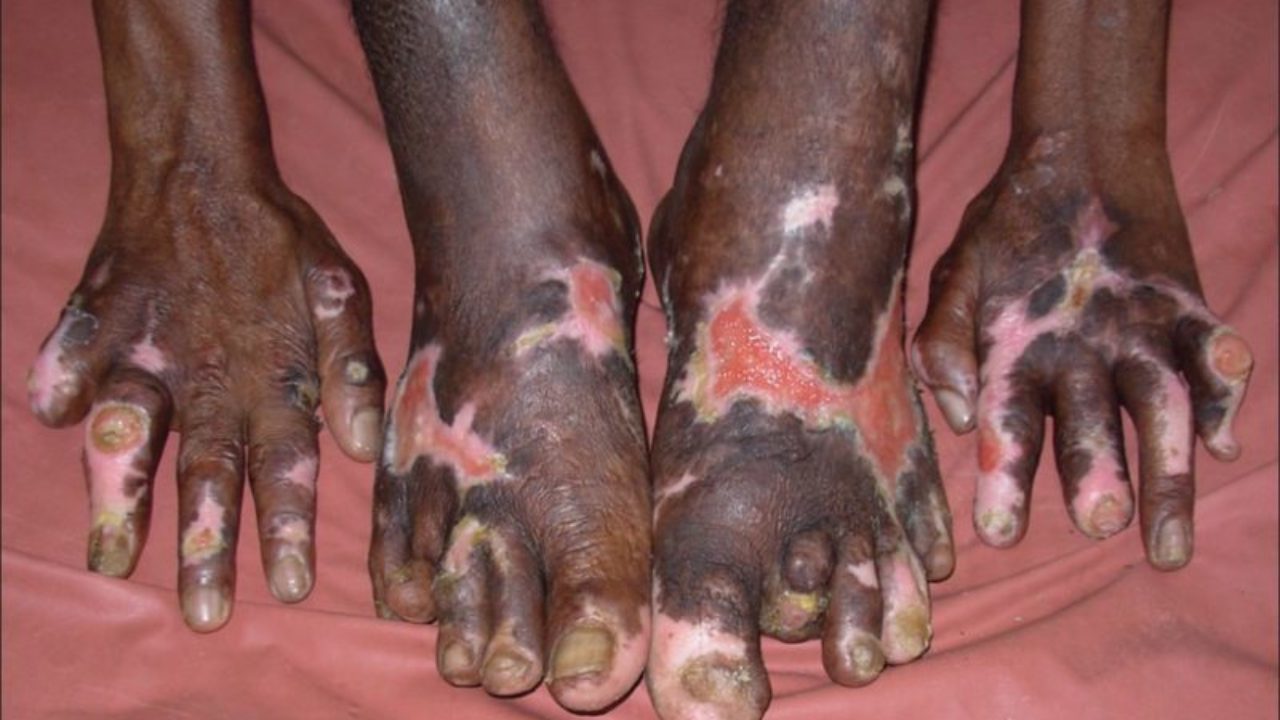 Leprosy, also known as Hansen’s disease; is a chronic infectious disease; caused by Mycobacterium leprae. The disease mainly affects the skin, the peripheral nerves, mucosal surfaces of the upper respiratory tract and the eyes. Leprosy occurs at all ages ranging from early infancy to very old age. Leprosy is curable and early treatment averts most disabilities.
The exact mechanism of transmission of leprosy is not known. At least until recently, the most widely held belief was that the disease was transmitted by contact between cases of leprosy and healthy persons. More recently the possibility of transmission by the respiratory route is gaining ground. There are also other possibilities such as transmission through insects which cannot be completely ruled out.
Firstly, health officials in Nepal fear leprosy resurgence in the country with prevalence rate reaching 0.94 per cent in 2018. So, Leprosy-free status was given to the Himalayan nation after it declared elimination of the disease in 2009. However, that status could be lost; if prevalence rate reaches one per cent of total population, Kathmandu Post reported on Thursday.
But, experts already fear that; this marks the resurgence of the disease in Nepal. So, the percentage could be more, an official said; as the current given figures have been derived just from preliminary data. The Leprosy Control and Disability (LCD) section of Epidemiology and Disease Control Division (EDCD) of Department of Health Services said that; the prevalence rate was 0.92 and 0.89 in 2017 and 2016, respectively, the news report said.

“It will be a great setback for the country if it loses the status;”said Rabindra Baskota; a doctor and chief of the LCD section. Incubation period of leprosy varies from one to 20 years and diagnosis of more patients; could help stop the further spread of the disease; according to him.

“It will take only a couple of years to reach one percent if this upward trend continues,” he added. The prevalence rate is over one per cent in various districts of the Tarai region, Baskota said, adding that the country had received the leprosy eliminated status, after reducing its prevalence rate by 0.77 per cent, in 2009.

Sishir Silwal, a focal person for the leprosy control programme in Gulmi district, said regular review meetings for leprosy, which should be held every four months, has not been held for the last eight months. Kathmandu Post quoted Bibek Kumar Lal, Director at EDCD, as saying that there is a severe crunch in manpower that hinders proper functioning.
However, there are only three staff working in the leprosy section and the same team looks after the disability programme, as well, he told the newspaper. Leprosy, a chronic infectious disease; caused by Mycobacterium leprae, transmitted through nasal secretion or from droplets from the mouth. It affects the skin, peripheral nerves and eyes, leading to disfigurement and nerve damage. The disease is curable with a multi-drug therapy.