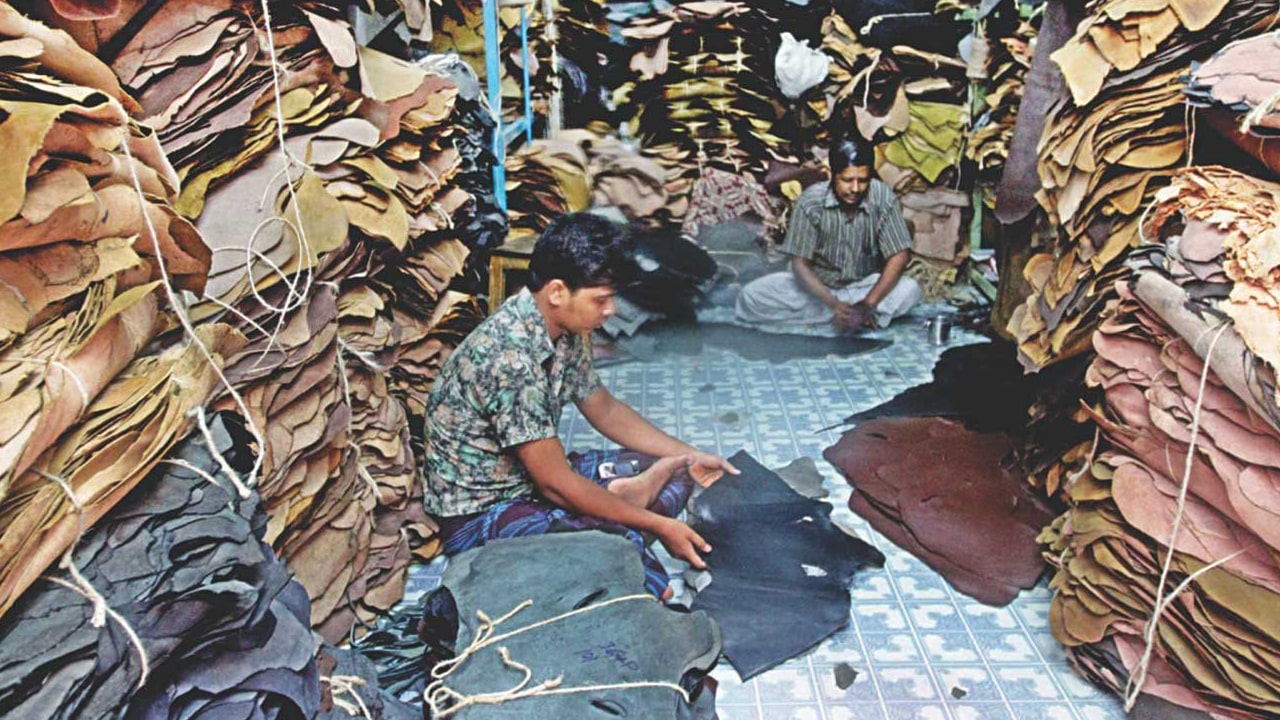 Most workers in Bangladesh’s export-oriented leather industry suffer from extreme health hazards due to unsafe working conditions, a new study says.About 61 percent of workers at Savar Leather Industrial Estate, near capital Dhaka, are facing a health and safety crisis, according to the Occupational Safety, Health and Environment Foundation, a Bangladeshi labor rights group.

Health problems due to the absence of safety mechanisms

Its study, released in Dhaka, was based on interviews with 105 workers with more than eight years of work experience in tanneries; leather goods and footwear companies. Some 93 percent of respondents said they had no training before joining the industry; while 61 percent said they were suffering from health problems due to the absence of any formal or informal safety mechanisms at their workplace.
About 27 percent of workers said they were suffering from headaches, 19 percent from skin burns, 16 percent from hand and leg pains, 14 percent from allergies, and 11 percent from knee and back pain, the study showed.It also found that toxic chemicals used in manufacturing, chemical gases, inadequate lighting, dust, noise, a polluted environment and a lack of safety measures are major driving factors behind health hazards.

“The findings are nothing new. Most workers suffer from health problems as owners neglect workers’ rights for huge profits. The majority of tanneries have no occupational and health safety system for workers,” Abul Kalam Azad, president of the Bangladesh Tannery Workers Union, told.

Although the industry moved to a new site in 2017, the old system of neglecting and exploiting workers continues, he alleged.“The workers are mostly illiterate and have no other job skills; so they keep doing the job even if they face extremely unhealthy, often life-threatening working conditions,” Azad added.Muhammad Samsu, 45, worked in tanneries from 1991 to 2014 but quit to start a small leather goods business.

“Most owners have no sympathy for workers — they just care for money. People get sick, face accidents and even die. From the beginning, the industry has been poorly regulated and it continues today,” Samsu told. Shaheen Ahmed, chairman of the Bangladesh Tanners Association (BTA); the main trade body, said the study is exaggerated.

“It is true the industry was not up to the mark in the old place, but it has improved a lot now. There might be some tanneries that violate workers’ rights but most do care for workers’ rights and safety. Through our association, we monitor and tackle environmental and workplace safety issues in the industry,” Ahmed told.

The government needs to monitor and regulate the industry seriously, according to Holy Cross Father Liton H. Gomes, secretary of the Catholic bishops’ Justice and Peace Commission.“There are regulatory bodies for every industry; yet workers in every industry suffer from poor labor practices and unsafe working conditions,” he told.

Hazaribag was as world’s most toxic place

Leather is an important industry but needs stricter monitoring to make it compliant and labor-friendly; so that it not only earns money but also has a good image at home and abroad, the priest added. According to the state-run Export Promotion Bureau, Bangladesh earned US$1.23 billion from leather and leather goods exports in 2016-17.
The industry moved to the new site from the Hazaribag neighborhood of Dhaka following pressure from environmental groups, rights groups; Bangladesh Supreme Court and foreign governments including the European Union. Extremely high environmental pollution and health hazards were rife at Hazaribag; which was once one of the world’s most toxic places.