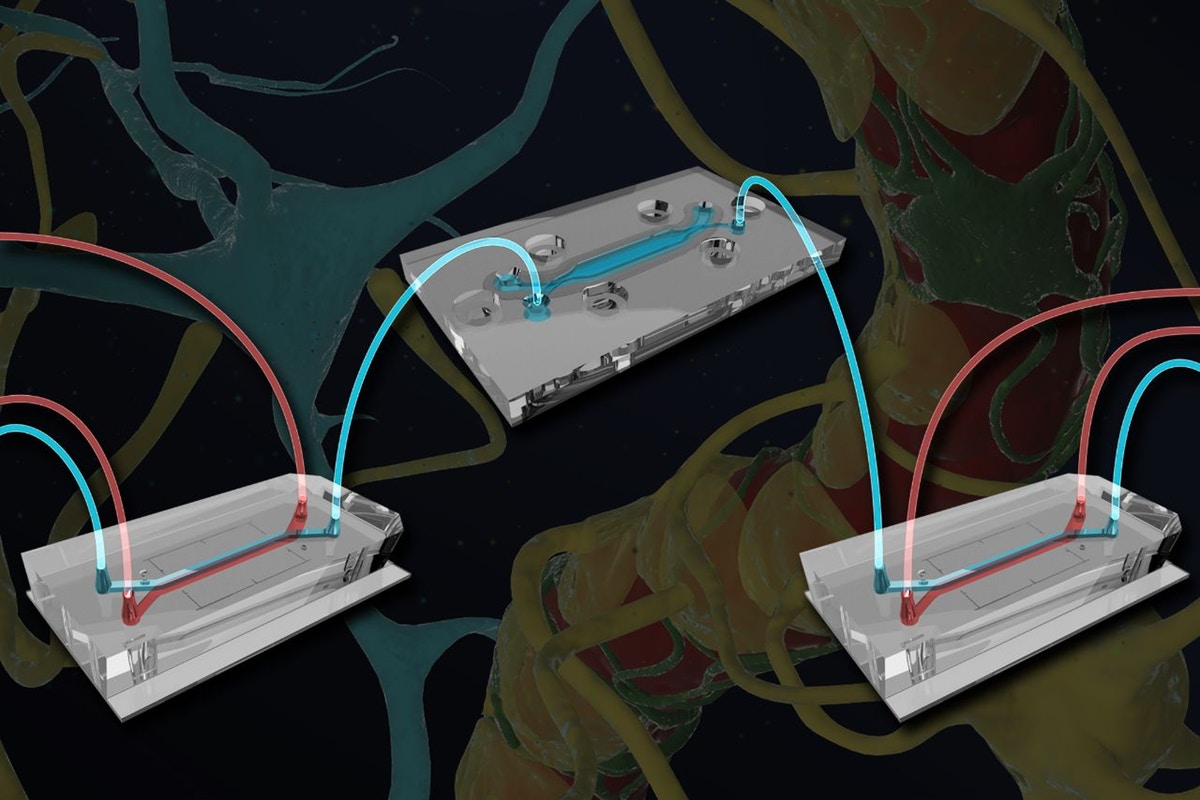 There is no cure for amyotrophic lateral sclerosis (ALS), a disease that gradually kills off the motor neurons that control muscles and is diagnosed in nearly 6,000 people per year in the United States.

In an advance that could help scientists develop and test new drugs, MIT engineers have designed a microfluidic chip in which they produced the first 3-D human tissue model of the interface between motor neurons and muscle fibers. The researchers used cells from either healthy subjects or ALS patients to generate the neurons in the model, allowing them to test the effectiveness of potential drugs .

"We found striking differences between the healthy cells and the ALS cells, and we've been able to show the effects of two drugs that are in clinical trials right now," says Roger Kamm, the Cecil and Ida Green Distinguished Professor of Mechanical and Biological Engineering at MIT and the senior author of the study.

Scientists began developing models of the connections between motor neurons and muscle cells, also called neuromuscular junctions, ago. However, these were limited to two-dimensional structures, which do not fully replicate the complex physiology of the tissue.

Kamm and his colleagues developed the first version of their 3-D neuromuscular junction model two years ago. The model consists of neurons and muscle fibers that occupy adjacent compartments of a microfluidic chip. Once placed in the compartments, the neurons extend long fibers called neurites, which eventually attach to the muscles, allowing the neurons to control their movement.

In the 2016 version of the model, the researchers used mouse cells to grow the neurons and muscles, but differences between species can affect drug screening. In the new study, they used induced pluripotent stem cells from humans to generate both the muscle cells and the neurons. After demonstrating that the system worked, they began to incorporate neurons generated from induced pluripotent stem cells from a patient with sporadic ALS, which accounts for 90% of all cases.

Working with a local biotech company, Kamm and his colleagues hope to collect induced pluripotent stem cells from 1,000 ALS patients, allowing them to perform larger-scale drug studies. They also plan to scale up the technology so they can test more samples at a time, and to add more types of cells, such as Schwann cells and microglial cells, which play supportive roles in the nervous system.