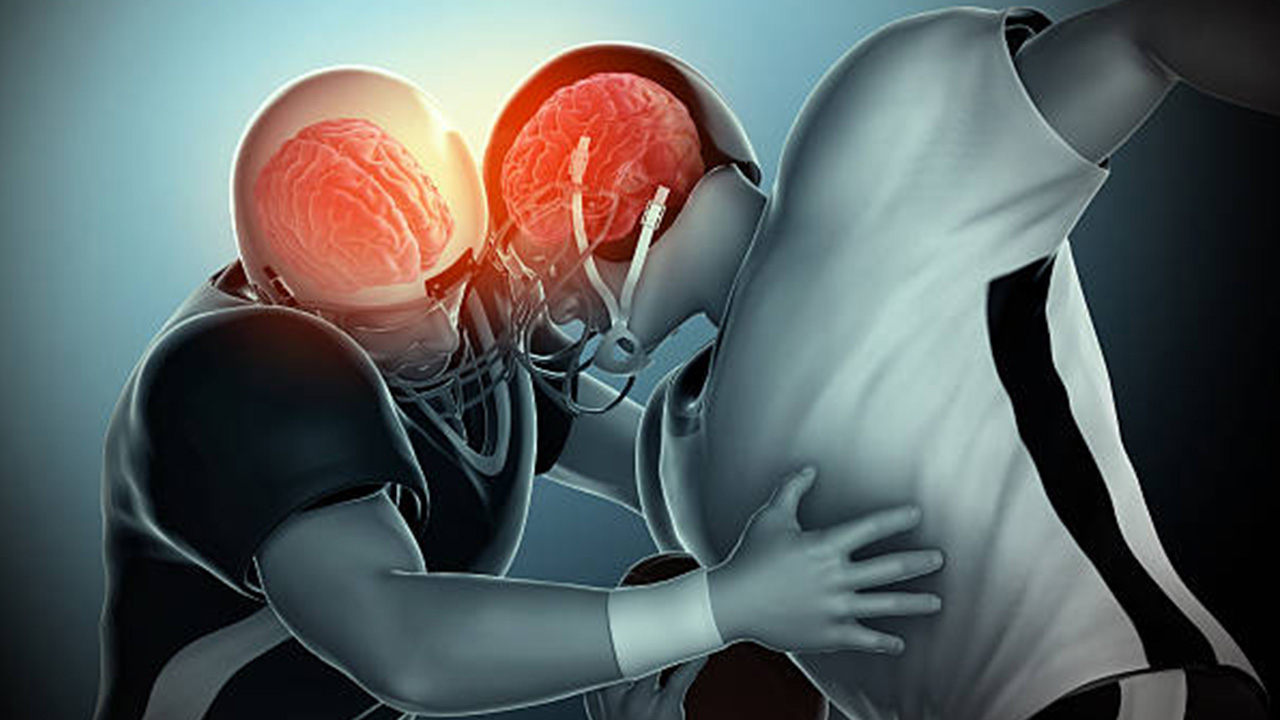 Concussion researchers have long suggested that damage to the corpus callosum, a thick bundle of nerves that connects the brain’s two halves, could result in some common side effects of concussion, like dizziness or vision problems. The assumption is straightforward – that damage to the corpus callosum could affect coordination between the two halves – but difficult to prove.
Although still not proof, Stanford University researchers have gathered evidence to support the idea by combining data from sensors worn by athletes, simulations of brain movement based on those measurements and brain images of people with and without concussions. Their findings, published in Biomechanics and Modeling in Mechanobiology, suggest that impacts to the side of the head might cause harmful vibrations in a structure connected to the corpus collosum.
“Concussion is a big, vague term and we need to start breaking it down,” said Fidel Hernandez, a former graduate student in the lab of David Camarillo, assistant professor of bioengineering at Stanford University, and co-lead author of the paper. “One way we can do that is to study individual structures that would be likely to cause traditional concussion symptoms if they were injured.”

This research is built on data from mouth guards worn by football players and developed by the Camarillo lab. Each mouth guard records head movement and acceleration in six directions through an integrated accelerometer and gyroscope. Analyzing 115 impacts recorded by these mouth guards, the researchers found two associated with concussion diagnoses. By applying the mouth guard measurements; to a simulation of the neck, head and brain, the researchers saw instances; where the corpus callosum; was pulled around by a structure above it called the falx.
The falx sits like a mohawk hairstyle between the brain’s two halves; and is stiffer than the rest of the brain, like leather versus gelatin. Watching reproductions of the recorded impacts and additional simulations; the researchers saw that hits to the side of the head could produce vibrations in the falx; due to its stiffness. Those could then propagate down to the corpus callosum; creating the kind of tissue strain that is often implicated in concussion.

The shoulder produced C-shape waves in the falx

Simulated strikes that made the head tilt toward the shoulder; produced C-shape waves in the falx; while those that caused the head to turn produced S-shaped waves. With direction from the simulations; Michael Zeineh assessed magnetic resonance imaging (MRI) scans from the two athletes; who had been diagnosed with concussion. The researchers looked with the most sensitive method available; diffusion imaging – and found evidence of possible damage to the corpus callosum in both brains.

Diffusion imaging is rarely used in clinical practice and; even with this advanced technology; the researchers only saw the corpus callosum abnormalities; because they knew where to look and had a comparison group – scans from athletes; from the same sport and with similar years of experience; who had never been diagnosed with concussion. “The bottom line is, when we do post-concussion brain scans in clinical settings; we don’t find anything. I’d say 95 percent of them are normal,” said Zeineh. “Clinically, we interpret by eye, but the kinds of changes we’re showing in the paper, you can’t see with your eye. Concussion cannot be diagnosed by imaging alone.”

Given there were only two concussions in the data, the researchers emphasize the connection between side impacts, corpus callosum strain by the falx and concussion is still a hypothesis. A few previous studies have discounted this link but none have combined biometric measurements, simulations and neuroimaging at this resolution. The researchers need more data to see how their hypothesis holds up and they are already working with women’s lacrosse and additional football players to obtain that.

Understanding what we’re up against

“The neuroimaging is really important for confirming the simulated models, but it’s been difficult to get this combination of mouth guards and imaging,” said Camarillo.”Now, we can prove these things out in a more rigorous and larger sample size.”When someone diagnosed with a concussion, the treatment is almost always the same. The problem is that there are likely many kinds of concussions with symptoms that depend on which part of the brain had injury and how badly. “All concussions are not equal,” said Hernandez. “We try to draw a line – a binary ‘yes concussion’ or ‘no’ – but concussions happen on a gradient.”

A more detailed understanding of concussions could lead to more tailored treatments and change how we prevent them, showing us, for example, which kinds of concussions are most damaging or easiest to avoid. This topic matters beyond sports, as many concussions are the consequence of falls, particularly in the elderly or very young. Car crashes carry concussion risk as well. So, not only could research like this help improve protective gear for football players and cyclists, it could inform safety standards for cars or suggest new ways to design safer homes.