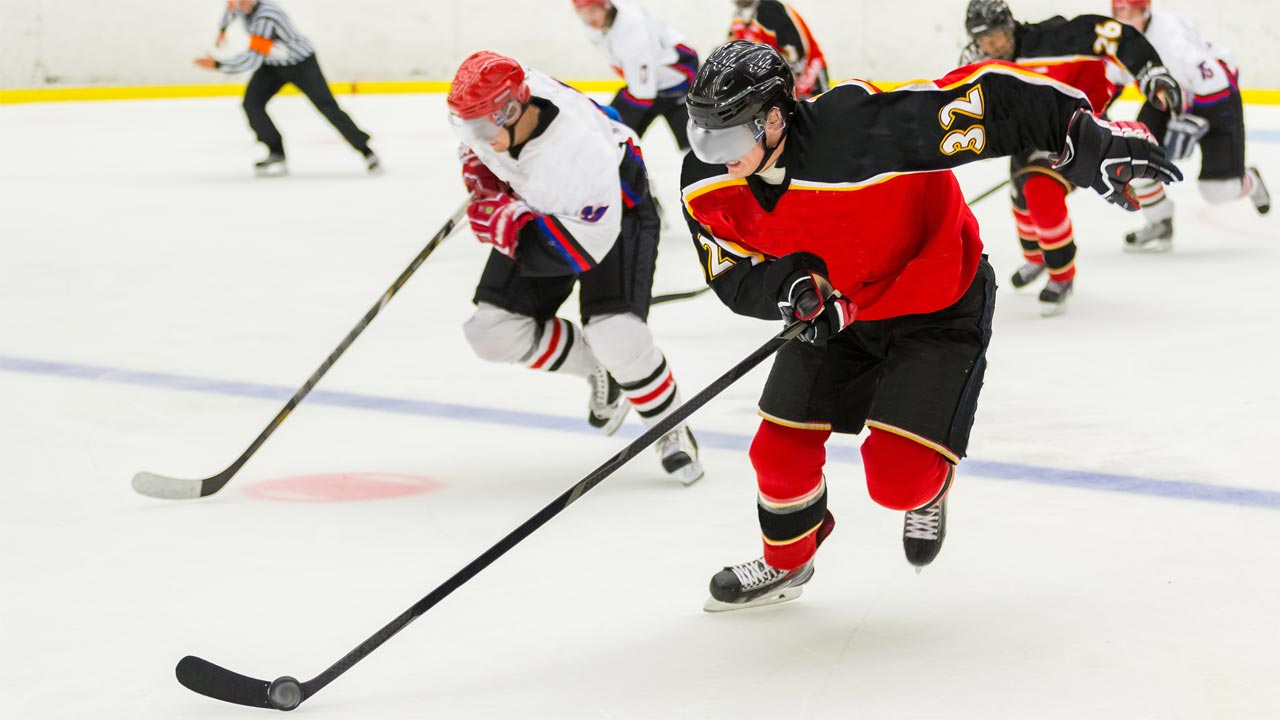 Five seconds is enough to assess the status of a hockey player‘s groin. For the first time, a simple field test, called the five-second squeeze test, has been used on icehockey players to see if it can indicate current hip/groin function and hip muscle strength. According to the new study from Lund University in Sweden, there is a clear correlation between pain levels during the five second squeeze test and impaired sporting function as well as diminished hip muscle strength.

The study involved 333 hockey players. The assessor’s arm is placed between the player’s ankles, and the player is asked to squeeze their legs together as hard as possible for five seconds. They then assess any pain experienced in the groin area on a scale from 0 to 10. The pain is divided into three levels, using a “traffic light” system: 0-2, very little or no pain – green; 3-5, moderate pain – yellow; 6-10, more severe pain – red warning signal.

Many of the hockey players in the study play professionally. Because the sport is characterised by powerful and fast movements, groin and hip problems are not uncommon. Up to now it has been quite time-consuming to measure groin/hip status, says Frida Eek, associate professor at Health Sciences, Lund University, who conducted the study with principal author Tobias Wörner and associate professor Kristian Thorborg at Copenhagen University.

“It is possible to measure hip function both through self-assessment instruments and through strength, movement and performance. But this, of course, is quite time-consuming and cannot easily be done out in the field. The five-second squeeze test has developed as a quick check, a snapshot of groin function. Can the player carry on playing, or is there a problem that may need attention? At the green pain level, continuing is not a problem. If it’s yellow, it may be best to wait and if it’s red, that’s a warning signal”, says Frida Eek.

The test was previously; validated and tested on footballers by researchers in Copenhagen. The new study shows similar results of correlation between the five-second squeeze test’s experienced pain level and the results of the more time-consuming self-assessed measurement method (HAGOS – Hip and groin outcome score) among ice hockey players. Further, a correlation between a high pain level and impaired hip strength; found.
Frida Eek considers the test a rapid way to make relevant decisions about the possible need for further measures. If the pain assessment is within the yellow area; it may be appropriate to check the player’s hip strength and then; if necessary, adjust strength training. If the pain is in the red warning area, it can also be a good idea to get assistance from a professional, such as the team doctor or physiotherapist.

“The aim is to detect problems before they get more severe. In hockey, groin problems are common but in many cases they progress unnoticed. Plenty of players are in pain but can still play. But this is not an optimal situation, as it can impair players’ performance and lead to more serious problems. The five second squeeze test is an easy way to conduct an initial check without any instruments or tools,” concludes Frida Eek.