Want To Quit Smoking? A Better Strategy Is Here 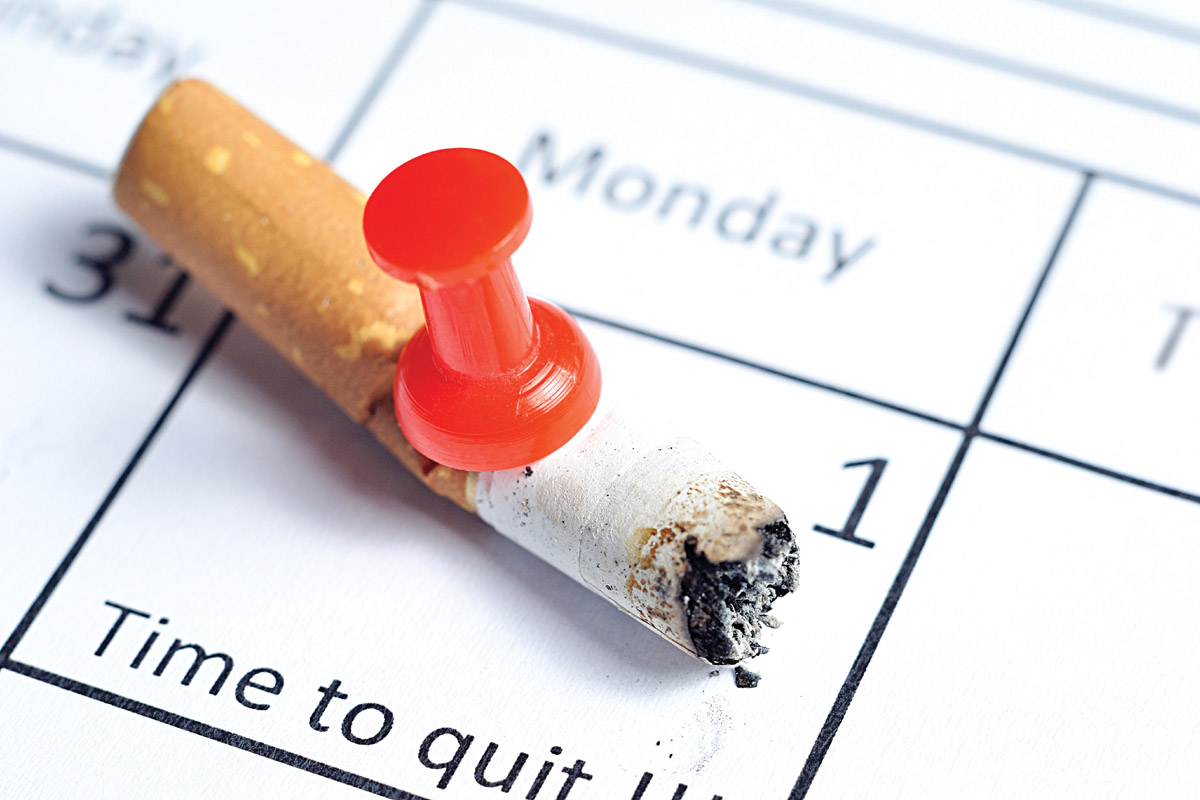 Quitting smoking is one of the hardest things to do, but studies have found that one strategy in particular can help many people: Start anti-smoking medication well before your intended quit date. Under traditional prescribing guidelines, people who plan to quit smoking with the help of a medication begin taking their anti-smoking drug about one week before their set quit date. But about 75 percent of people who try to quit go back to smoking within a year.

So what's the solution? Research done at the University at Buffalo, in New York, showed that simply starting the drugs four weeks in advance can increase the success rate. One study was done on bupropion, known by the brand name Zyban, and similar research has involved both nicotine replacement therapy and varenicline (Chantix).

During the first few weeks after one quits, he or she may feel uncomfortable and crave a cigarette. These unpleasant symptoms of quitting smoking are known as withdrawal. Withdrawal is common among smokers who quit, whether they are doing it cold turkey or with the help of medications, counseling, or other tools.

During withdrawal, the body gets used to not having nicotine from cigarettes. For most people, the worst symptoms of withdrawal last a few days to a few weeks. During this time, one may feel a little depressed, be unable to sleep, become cranky, frustrated, or mad, feel anxious, nervous, or restless, have trouble thinking clearly.

One of the best ways to deal with nicotine withdrawal is to try nicotine replacement therapy (NRT). NRT can reduce withdrawal symptoms. And NRT can double the chances of quitting smoking for good. NRT comes in several different forms, including gum, patch, nasal spray, inhaler, and lozenge. Many are available without a prescription.

NRT has been shown to be safe and effective

A lot of research has been done on NRT. It has been shown to be safe and effective for almost all smokers who want to quit. But teens, pregnant women, and people with severe medical conditions should talk to their doctor before using NRT. If someone is planning to use NRT, remember to have it available on the quit day. The instructions on the NRT package should be read and followed carefully.

The idea of taking quit-smoking medication earlier in advance of the quit date stemmed in part from reports of people who were taking these medications for other reasons—bupropion, for instance, is well-known as an antidepressant—and found that they gave up smoking without even trying to quit. Four weeks also provides a good timeframe to mentally prepare to quit smoking.

In fact, many study participantsstarted smoking less before their quit date and without experiencing strong cravings or withdrawal symptoms. And their cravings tended to decrease. As for results, over 50 percent of the people who started the drugs four weeks ahead of time remained smoke-free 30 days after quitting, compared to 31 percent who were given the standard one-week start date. All study participants received smoking cessation counseling as well, which shows that a multifaceted approach brings the best results.