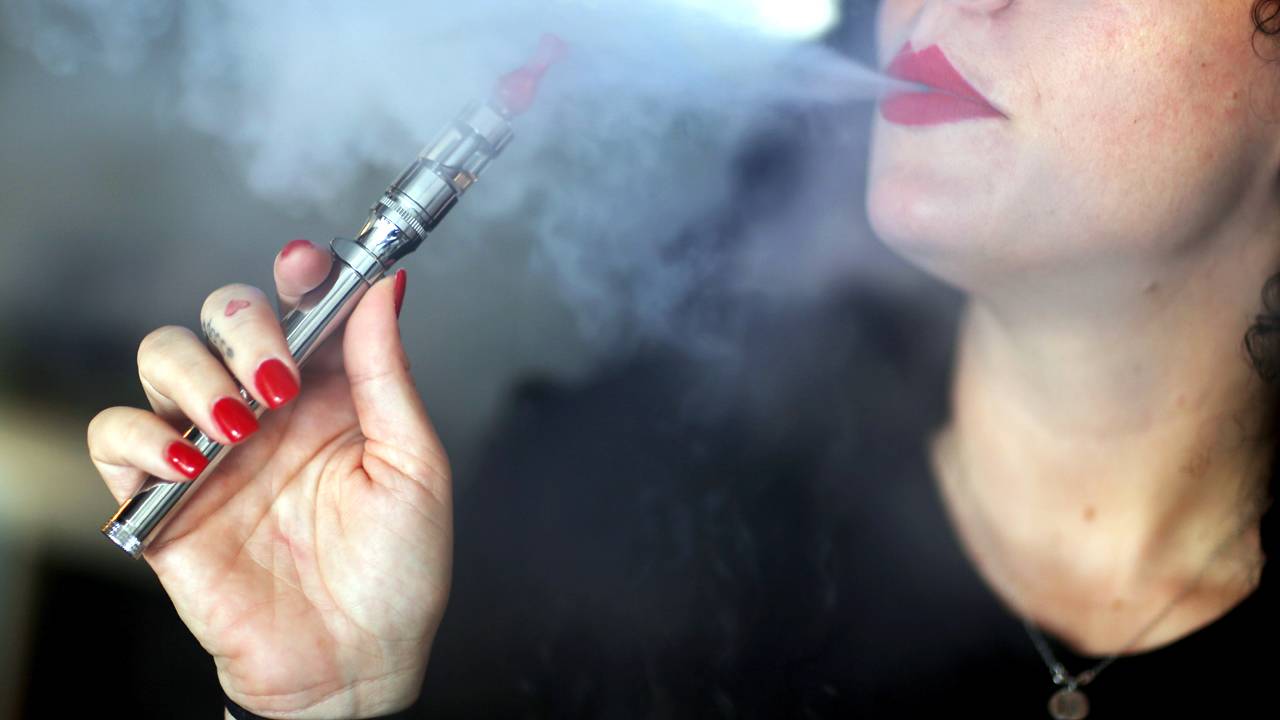 Concerns about the addictive nature of e-cigarettes; now used by an estimated 1 out of 20 Americans; may only be part of the evolving public health story surrounding their use, according to data being presented at the American College of Cardiology’s 68th Annual Scientific Session. New research shows that adults who report puffing e-cigarettes, or vaping, are significantly more likely to have a heart attack, coronary artery disease and depression compared with those who don’t use them or any tobacco products.

“Until now, little has been known about cardiovascular events relative to e-cigarette use. These data are a real wake-up call and should prompt more action and awareness about the dangers of e-cigarettes;” said Mohinder Vindhyal. E-cigarettes — sometimes called “e-cigs,” “vapes,” “e-hookahs,” “vape pens” or “electronic nicotine delivery systems” — are battery-operated, handheld devices that mimic the experience of smoking a cigarette.

They work by heating the e-liquid, which may contain a combination of nicotine; solvent carriers (glycerol, propylene and/or ethylene glycol) and any number of flavors and other chemicals; to a high enough temperature to create an aerosol; or “vapor,” that is inhaled and exhaled. According to Vindhyal; there are now more than 460 brands of e-cigarettes and over 7,700 flavors. E-cigarettes is gaining in popularity since introduction in 2007; with sales increasing nearly 14-fold in the last decade; researchers said.

But they also hotly debated — touted by some as a safer alternative to smoking tobacco; while others are sounding the alarm about the explosion of vaping among teens and young adults. This study found that compared with nonusers, e-cigarette users were 56 percent more likely to have a heart attack and 30 percent more likely to suffer a stroke. Coronary artery disease and circulatory problems, including blood clots, were also much higher among those who vape — 10 percent and 44 percent higher, respectively.

Stroke, high blood pressure and circulatory problems were no longer statistically different between the two groups.”When the risk of heart attack increases by as much as 55 percent among e-cigarettes users compared to nonsmokers, I wouldn’t want any of my patients nor my family members to vape. When we dug deeper, we found that regardless of how frequently someone uses e-cigarettes, daily or just on some days, they are still more likely to have a heart attack or coronary artery disease,” Vindhyal said.

Those who reported using e-cigarettes were younger than nonusers (33 years of age on average vs. 40.4 years old). Researchers also compared the data for reported tobacco smokers and nonsmokers. Traditional tobacco cigarette smokers had strikingly higher odds of having a heart attack, coronary artery disease and stroke compared with nonsmokers — a 165, 94 and 78 percent increase, respectively. They were also significantly more likely to have high blood pressure, diabetes, circulatory problems, and depression or anxiety.

The researchers also looked at health outcomes by how often someone reported using e-cigarettes; either “daily” or “some days.” When compared to non-e-cigarette users; daily e-cigarette users had higher odds of heart attack; coronary artery disease and depression/anxiety; whereas some days users were more likely to have a heart attack; and suffer from depression/anxiety; with only a trend toward coronary artery disease.

Researchers said this could be due to decreased toxic effects of e-cigarette usage; early dissipation of the toxic effects; or the fact that it has not been studied long enough to show permanent damage to portray cardiovascular disease morbidity. “Cigarette smoking carries a much higher probability of heart attack and stroke than e-cigarettes; but that doesn’t mean that vaping is safe;” Vindhyal said, adding that some e-cigarettes contain nicotine and release very similar toxic compounds to tobacco smoking. Nicotine can quicken heart rate and raise blood pressure.