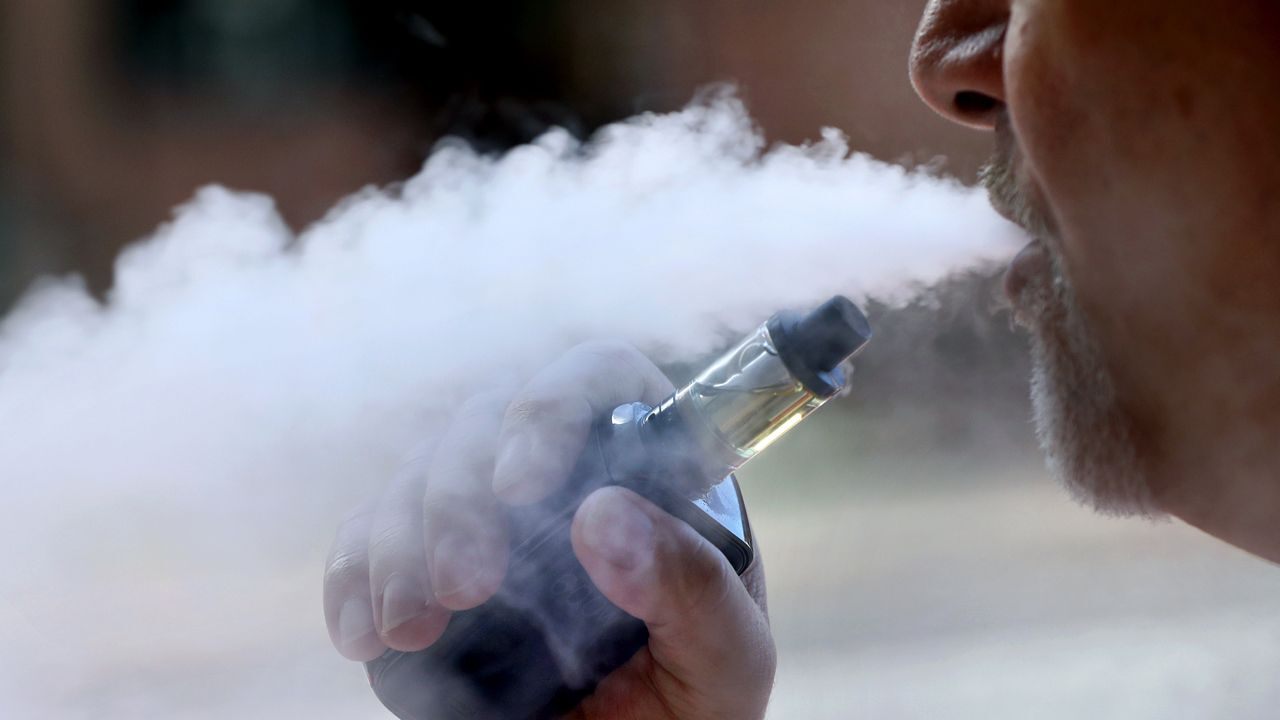 According to the study, researchers determining that; Health officials are recommending people who vape consider avoiding e-cigarettes; while they investigate more cases of a breathing ailment linked to the devices. Health Commissioner Howard Zucker issued an alert Saturday morning as the state looks into the cause of 34 severe illnesses found among mostly young vapor-product users statewide.

While the cause remains unclear, that many reports involve e-cigarette products that contain THC, the mind-altering substance in marijuana. The warning comes amid an outbreak of at least 450 potential cases in 33 states and one territory, according to the U.S. Centers for Disease Control and Prevention. As many as five deaths have been reported.

New York and federal regulators are focusing on a link to a vitamin E acetate found in some black-market products containing THC, the psychoactive component of marijuana. Echoing a statement made earlier by Gov. Andrew Cuomo, Zucker warned New York residents against using all vape products legal and illegal while the state continues to investigate the cause of the illnesses.

Previously, the state had warned against using illicit THC vape products. He said researchers at the Wadsworth Center, the state’s public health lab in Albany, are testing both THC and nicotine vape products. Heeding the warnings from CDC and at the direction of Governor Cuomo, today I am urging New Yorkers to stop using vape products while the investigation into the definitive cause of reported vaping-associated illnesses nationwide can be better determined.

New York’s medical-marijuana program does not allow vitamin E acetate in its products; and none of the state’s 34 cases involve products available through the program; according to Zucker. Still, Zucker advised medical-marijuana patients to consult with their health care; providers to seek alternatives to vaping “out of an abundance of caution.

The U.S. Food and Drug Administration had previously warned users should stop using illicit THC vaping products. At the Labor Day parade Saturday in New York City; Cuomo emphasized the state’s alert applies to all vaping products, not just illicit THC. Our health guidance is no one should be using vaping products period until we know what it is.