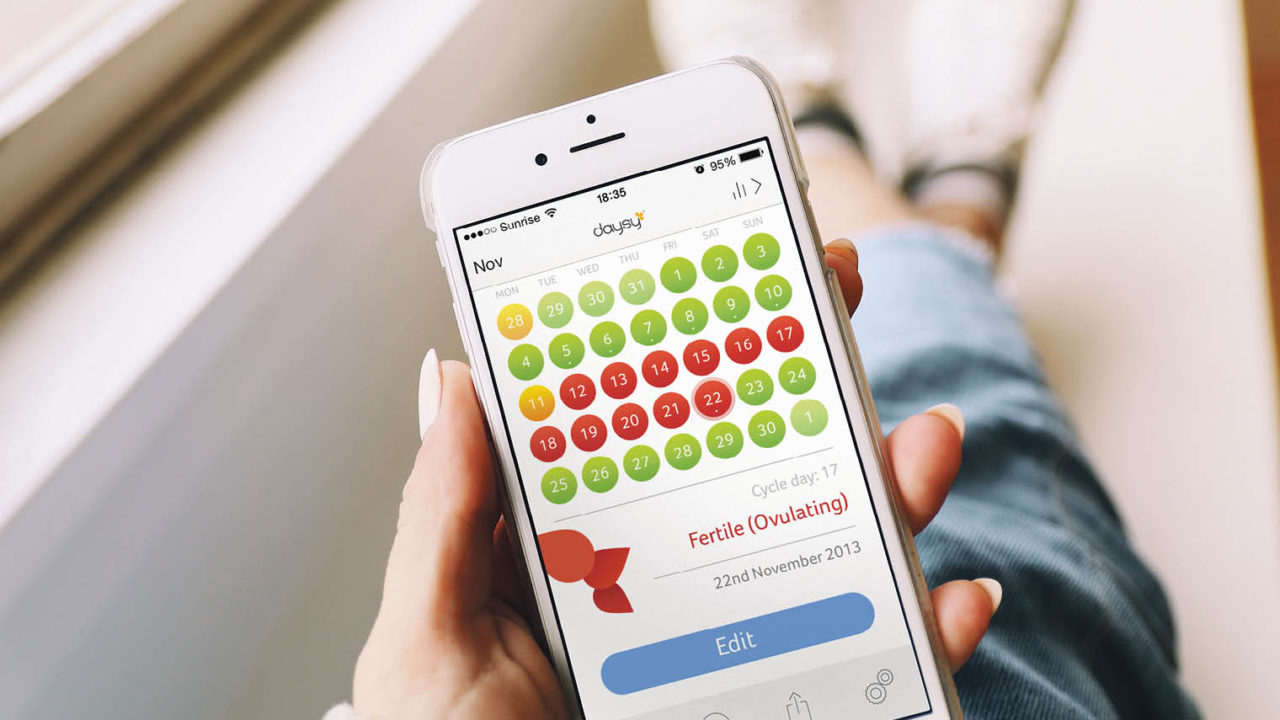 Fertility awareness apps; For many women of reproductive age, the most common way of assessing their menstrual health and fertility means regular visits to a gynecologist or another clinician. When it comes to evaluating changes in fertility, menstrual health and quality of life, these visits typically rely on memory, which can lead to significant inaccuracies in evaluation. On the other hand, many women today are using “fertility awareness method” (FAM) apps to track their menstrual cycles. Many such apps are available, and they’ve become quite popular in recent years.

Now, Laura Symul at EPFL’s Digital Epidemiology Lab has conduct such a study. Working with Stanford University (which she has now joined), Symul led a large-scale study on 200,000 users of two FAM apps, Sympto and Kindara. Both apps support the sympto-thermal method; facilitate the identification of the fertile and infertile times of a woman’s menstrual cycle by taking into account recordings of cervical fluid, body temperature at wake-up, and other biological signs.

The scientists tracked more than 30 million days of observations from over 2.7 million menstrual cycles. The overall study had two aims; First, to see how and what users voluntarily track on FAM apps. Second, to find out if these records allow an accurate detection and estimation of ovulation timing. In terms of user demographics and behavior, the study find that the typical FAM app user is around 30 years old; lives in a western country (in Europe or Northern America) and has a healthy BMI.

App users log their observations more frequently when; so they also log sexual intercourse; also when you look at them on a population level, reported that fertility awareness body signs exhibit temporal patterns; that follow very closely those that have been found in small-scale clinical studies. The scientists found that women who were seeking pregnancy; record sympto thermal measurements every day for up to 40% of their menstrual cycles.

Then, by modeling the data, they found that the average duration and range of the follicular phase; which begins the menstrual cycle and ends at ovulation, were larger than previously reported. In fact, the modeling show that only 24% of ovulations; so occur at days 14 to 15 of the cycle. On the other hand, the data show that the duration and range of the luteal phase; the latter part of the menstrual cycle match previous studies.

The findings offer an affordable means for studying the interactions between; so the menstrual cycle and other physiological systems on a large scale. “Our study provides a common ground for users; also their doctors to incorporate digital records in their visits, evaluate their own menstrual patterns and compare them with the statistics we report,” says Laura Symul.

“New technologies, and in particular self-tracking, are changing; so the way they perceive our bodies and health. Both users and doctors wonder about the opportunities and the usefulness of digital self-tracking. Our study shows that users voluntarily track their menstrual cycle and fertility-related body signs very frequently; also what they track is aligned with what is expected in the vast majority of cases.

While these measurements and observations are noisy and not perfectly regular; they provide valuable information for inferring the underlying hormonal changes and timing of ovulation in a way that is scalable both in time and in number of participants.” Marcel Salathé, director of the Digital Epidemiology Lab, says, “The digital epidemiology approach presented here can help to lead to a better understanding of menstrual health and its connection to women’s health overall, which has historically been severely under-studied.”