Signs Your Back Pain Is Actually Ankylosing Spondylitis 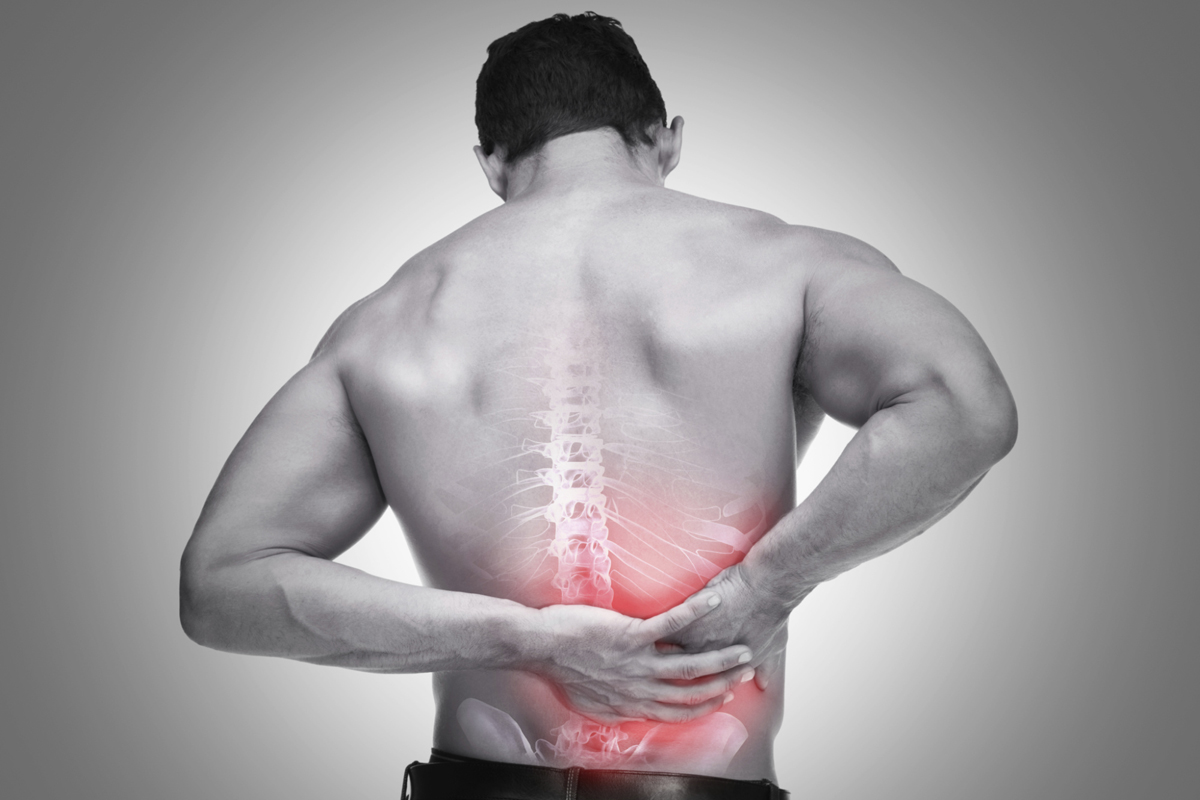 Lower back pain happens to millions of Americans every year, and back pain is caused by a number of reasons. If your back pain keeps coming back and it's not because of your mattress it's wrong for you-it might be time to investigate if something more serious is causing the problem

One possible cause of lower back pain is ankylosing spondylitis (AS), inflammatory arthritis that causes pain and stiffness in the spine. It is the most common form of arthritis within the spondyloarthritis family, which causes inflammation where ligaments and tendons attach to the bones, according to the American College of Rheumatology.

"A person who thinks they might have ankylosing spondylitis probably should not ignore the symptoms," says Themistocles Protopsaltis, MD, spine surgeon at NYU Langone Spine Center. "If possible, you want to start the right type of exercise and medication regimen that might minimize the effect of the disease over the course of your life."

When inflammation is present in the spine, the vertebrae become swollen, stiff, and painful. This especially occurs in the sacroiliac joints-where the spine connects to the pelvic bone.

Symptoms of AS usually appear in teens or early adulthood, according to the Spondylitis Association of America (SAA). Although AS is chronic, symptoms may come and go, depending on the amount of inflammatory activity. Here are some symptoms you notice, according to Jessica Patel, MD, a rheumatologist at The Mount Sinai Hospital.

1. Chronic pain and stiffness in the lower back, buttocks, and hips, which develops slowly over several weeks or months

2. Possible pain in the hips, knees, ankles, and hands

3. Limited mobility and flexibility in the spine

5. Pain and stiffness that worsens when you are inactive and improves with movement

6. Back pain during the night or early morning

7. Stiffness in the morning

8. And fatigue. Like other inflammatory conditions, AS may involve chronic fatigue due to the intense amount of energy needed for the body to combat inflammation.

The systemic inflammation throughout the body can result in additional or worsening symptoms over time, such as:

1. Joint pain beyond the spine:  Other types of spondyloarthritis may develop, such as spondyloarthritis, which affects the arms and legs. Other commonly affected joints include the shoulders, ribs, hips, knees, and feet.

2. Limited mobility:  Joint pain and stiffness in the legs and spine can make movement difficult. Foot problems and changes in the heel may also impact mobility.

4. Ankylosis, or spinal fusion:  As the name suggests, this is when the vertebrae fuse together, and the spine becomes stiff, inflexible, and difficult to move. "Pain starts to recede, and the joints start to ossify, or calcify, and fuse together," says Dr. Protopsaltis. "You can have very little joint pain, but now you have a joint that does not move anymore."

AS has not cure, but treatment can help manage symptoms and prevent the disease from worsening. The earlier it's diagnosed, the better you can treat the disease and slow its progression. "With a combination of medication and lifestyle changes , there can be a lot of relief in pain and stiffness, and [you can] improve the progression of arthritis itself," says Dr. Patel.