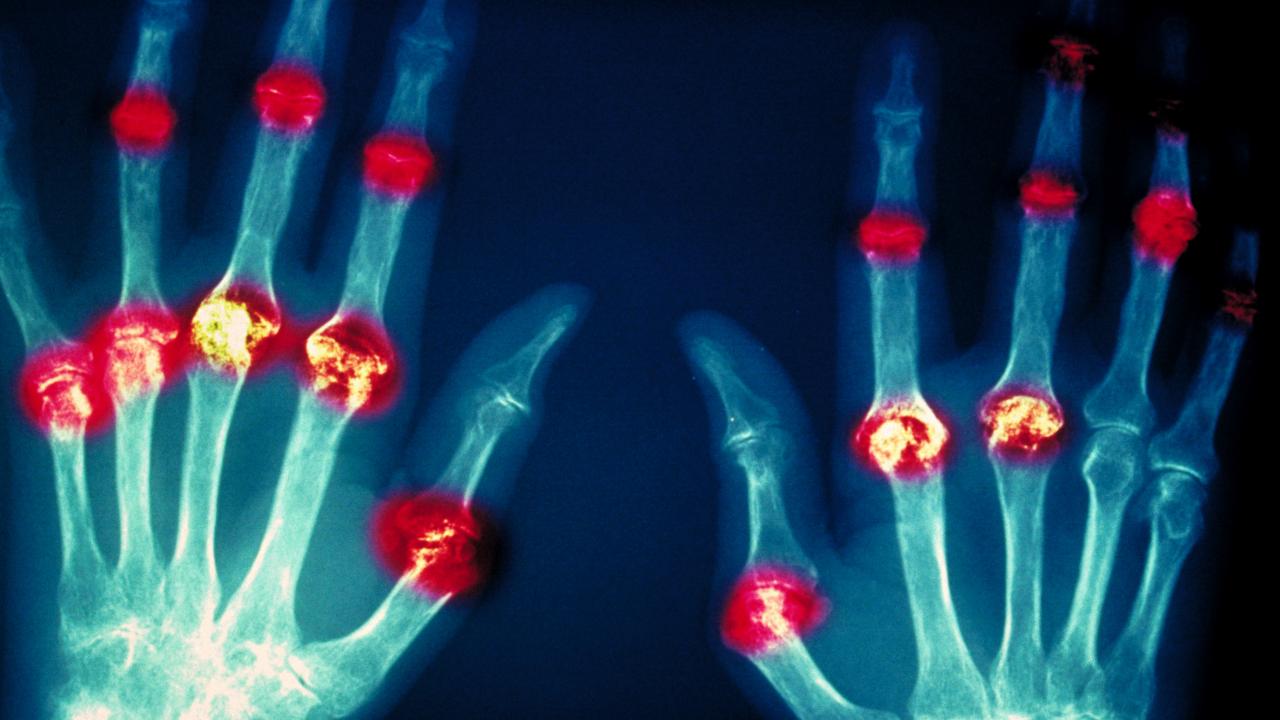 Rheumatoid arthritis (RA) is a chronic inflammatory joint disease. Patients typically experience pain, functional impairment and reduced quality of life; and are at risk of developing progressive joint damage. The disease primarily affects the small joints of the hands and feet. The current treatment strategy involves early and intensive treatment with close clinical follow-up; which attempts to control the disease and avoid inflammation and thereby prevent pain; improve the functional level and avoid joint damage.
It is therefore important for optimal treatment of RA patients that methods used for diagnosis; disease monitoring and prognostication are highly sensitive. Erosive joint damage occurs early in the disease. The joint deformity is irreversible and causes serious functional impairment. Early and intensive treatment with close monitoring of the inflammation can slow the destructive disease and prevent function loss.

However, it has been demonstrated that patients who are shown by conventional clinical and biochemical examination to have low disease activity or to in remission can still have progressive joint damage. So this demonstrates that current clinical/biochemical methods used in daily clinical practice are not sufficiently sensitive and other methods are required for the monitoring of disease activity and prognostication.
The presence of erosions (shown by X-ray examination) as well as anti-cyclic citrullinated peptide (anti-CCP) antibodies and bone marrow edema (osteitis) on magnetic resonance imaging (MRI); are all independent predictors of subsequent radiographic progression. So bone marrow edema showed to the strongest independent predictor in early RA and MRI; therefore, has significant prognostic value.

A magnetic resonance imaging (MRI)-guided treat-to-target strategy is not associated with improved disease activity remission rates for patients with rheumatoid arthritis (RA) in clinical remission; according to a study published in the issue of the Journal of the American Medical Association.
Therefore signe Møller Bisgaard, M.D., and colleagues conducted a two-year multicenter trial at nine hospitals involving 200 patients with RA in clinical remission (disease activity score in 28 joints-C-reactive protein [DAS28-CRP] <3.2 and no swollen joints). Patients randomly assigned to an MRI-guided versus a conventional treat-to-target strategy.

The coprimary outcomes at 24 months were the proportion of patients achieving DAS28-CRP remission (<2.6) and no radiographic progression (no increase in the van der Heijde-modified Sharp score). So the researchers found that 76 and 95 percent of patients in the MRI-guided and conventional groups, respectively, completed the study. Therefore these, 85 and 88 percent, respectively; reached the primary clinical endpoint (risk difference, −4.8 %), while 66 versus 62 %, respectively; reached the primary radiographic endpoint (risk difference, 4.7 %).
Eight of 10 key secondary endpoints were null; two showed statistically significant benefit for the MRI treat-to-target group. Serious adverse events were experienced by 17 and 6 % of patients in the MRI-guided and conventional groups; respectively. In conclusion “These findings do not support the use of an MRI-guided strategy for treating patients with RA;” the authors write. So several authors disclosed financial ties to the pharmaceutical industry.