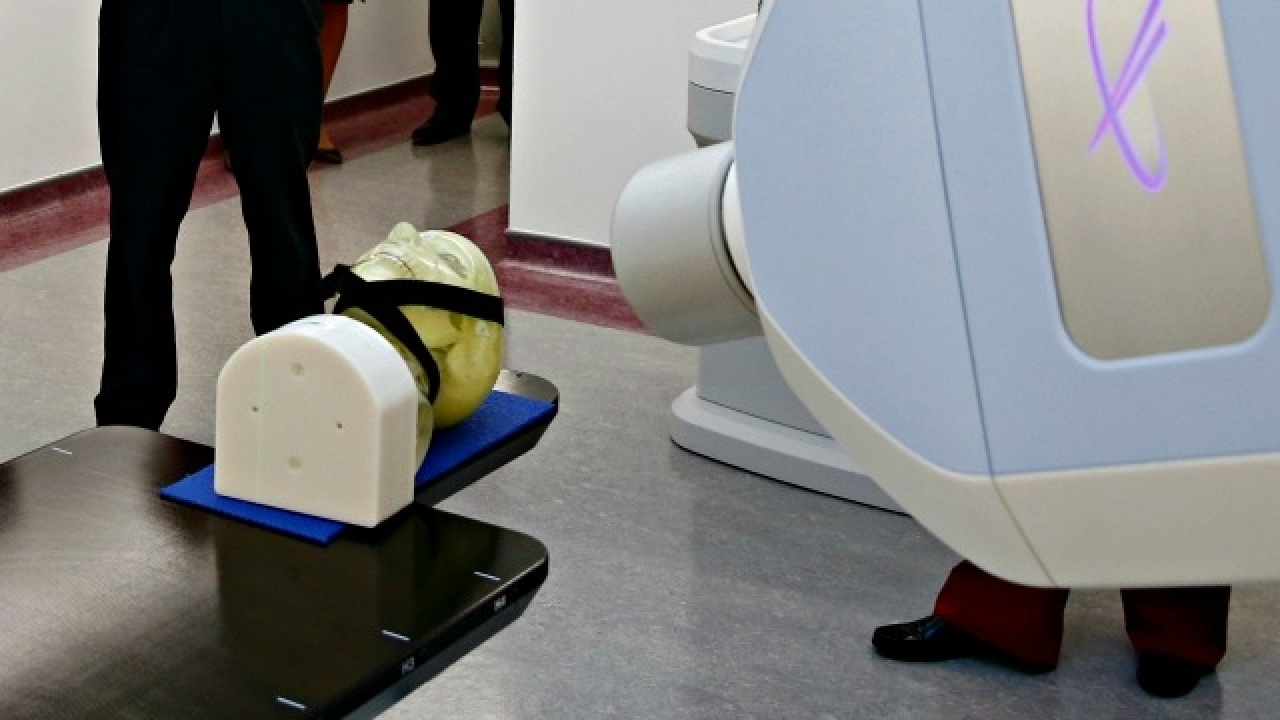 More than a decade ago, radiation oncologists noticed a nifty phenomenon: Sometimes radiation used locally against a tumor could excite the immune system to attack cancer systemically throughout the body. It was as if the use of radiation had somehow awoken the immune system to the presence of cancer. Since then, a massive effort has been underway to harness this effect, hoping to create this systemic anti-cancer activity with combinations of radiotherapy and immunotherapy.

What is driving this resistance to radiotherapy In a new study published in the Journal of the National Cancer Institute, Karam and colleagues show that it may be a special kind of immune cell called T-regulatory or Treg cells. Just as the body has mechanisms to turn on the immune system, it also has ways to turn it off, and Tregs are one of these ways, functioning like an ‘off’ switch that keeps the immune system from running rampant through healthy tissues.

“Tregs are immunosuppressant cells that put the brakes on the effector t cells. But Tregs also stop T cells from doing their job of killing the cancer cell,” Karam says. In this study, with first author Ayman Oweida, PhD; radiation alone or Treg depletion alone wasn’t enough to kill head and neck cancer models grown in mice, but together these two strategies resulted in potent tumor reduction. The strategy makes sense: Radiation turned on the immune system; and the depletion of Tregs ensured that cancer was not able to turn it off.

“If you go at it just by taking away Tregs, there are no effector T cells. You need something to inflame the environment, something to excite T effector cells; and in this case that was the role of radiation;” Karam says. Unfortunately, “We don’t have a good; safe agent that can eradicate Tregs safely in humans. The way we’re doing it is a good way to understand the biology, but it’s not a good strategy for patients;” Karam says.

Which is where the second line of research comes in. See; independent of Karam’s work with radiation and Tregs is her work with a program active in early embryonic development that many cancers restart to drive their growth. Specifically; a “handshake” between EphB4 and ephrinB2 is essential for neurogenesis in the developing brain, but previous work has shown that EphB4 and/or ephrinB2 are upregulated in many cancers; including head and neck; and pancreatic cancers.
“EphB4 has been studied not just in cancer, but in a lot of diseases where the immune system is key. In cancer; we’ve shown that when you inhibit the interaction between EphB4 and ephrinB2; you get a reduction in tumor growth  and we’re opening a trial at CU Cancer Center with a drug that inhibits EphB4-ephrinB2 interaction. But we also wanted to know why inhibiting this interaction acts against tumors;” Karam says.