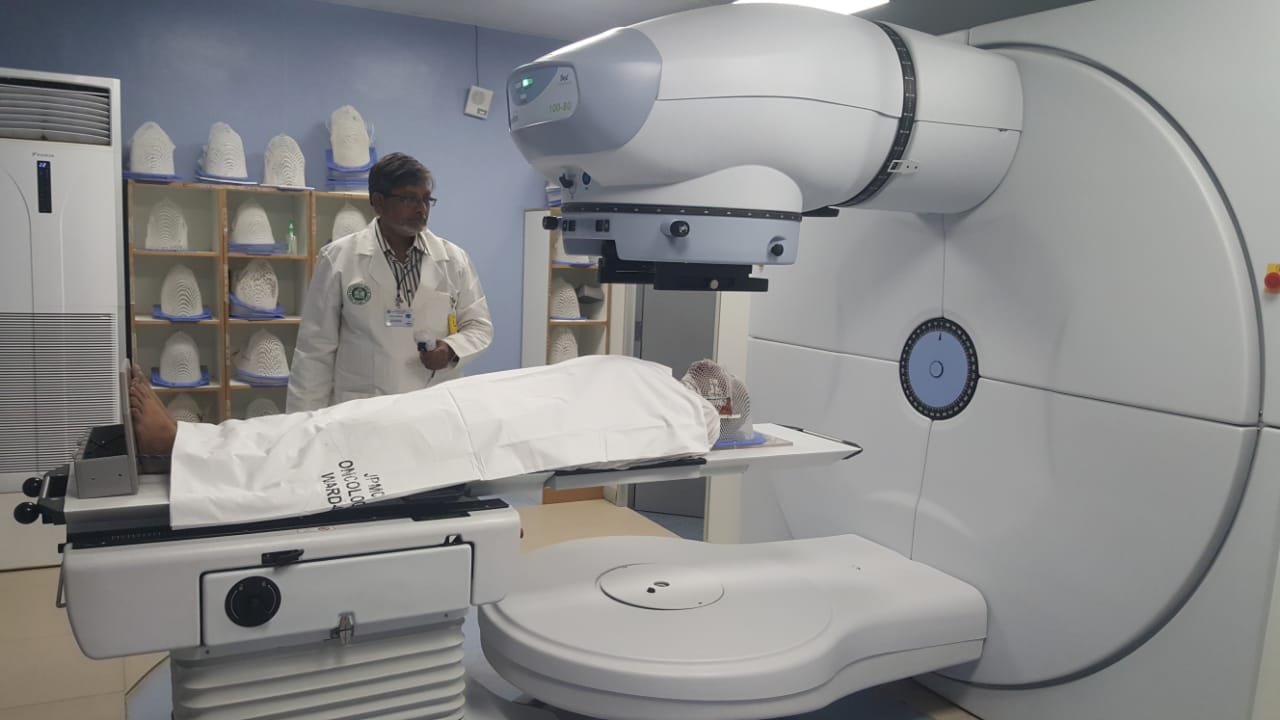 The day after giving birth to her first child, Emily Locking developed a tummy ache. Doctors reassured her there was nothing to worry about; Emily was a fit 33-year-old, and aches and pains are normal in the days following childbirth. They were equally reassuring about the rectal bleeding she’d had in pregnancy, blaming haemorrhoids swellings containing enlarged blood vessels which again are common due to changing hormone levels.

But the dull ache didn’t go away and her bowel habits changed  and after 13 trips to her GP; in December 2015, when baby Evelyn was just two months old; Emily was finally sent for blood tests and scans. The results were devastating: Emily had advanced bowel cancer that had already spread to her liver. She had a 3cm tumour in her bowel and seven tumours in her liver, including three measuring over 10cm, meaning most of her liver was affected.

With such advanced disease, her local hospital in Milton Keynes said there was nothing they could do, and Emily, an interior designer, who is married to Matthew, 30, a window fitter; was told at best she had five years to live but it could be weeks. ‘I was completely empty and livid,’ says Emily. ‘We’d got married two years before, and worked so hard to buy a house. I’d got pregnant and we’d just had our first child. This wasn’t meant to happen.

Tumours in her liver

‘My greatest fear was that my daughter would grow up not having a memory of me. ‘I couldn’t understand how I could be so unwell and not know about it.’ Colorectal cancer (tumours in the colon, rectum and appendix) is the third most common cancer in the UK, with around 41,000 new bowel cancer cases each year.

It is more common in men and affects mainly older people. Risk factors include poor diet, obesity, lack of exercise, alcohol, smoking and family history of the disease. However; around a quarter of colorectal cancers are diagnosed only once the disease has spread; because symptoms can be mild and people are embarrassed to seek help. These patients have just a 3% chance of surviving beyond five years.

But Emily’s prognosis was transformed after she sought a second opinion privately in January 2016. Her oncologist, Dr Andy Gaya; offered to try to shrink the tumours in her liver so she could undergo surgery to remove them  and the treatment was available on the NHS. A year of aggressive chemotherapy shrank the tumours.

However, the turning point for Emily was a new treatment called selective internal radiation therapy (SIRT). This delivers radiotherapy to the liver by injecting millions of tiny radioactive beads into one of its main blood vessels, the hepatic artery, through a long thin tube that is inserted through the groin under local anaesthetic. As the hepatic artery provides 90% of the blood supply to the tumours; the beads home in on the tumours rather than the healthy liver.