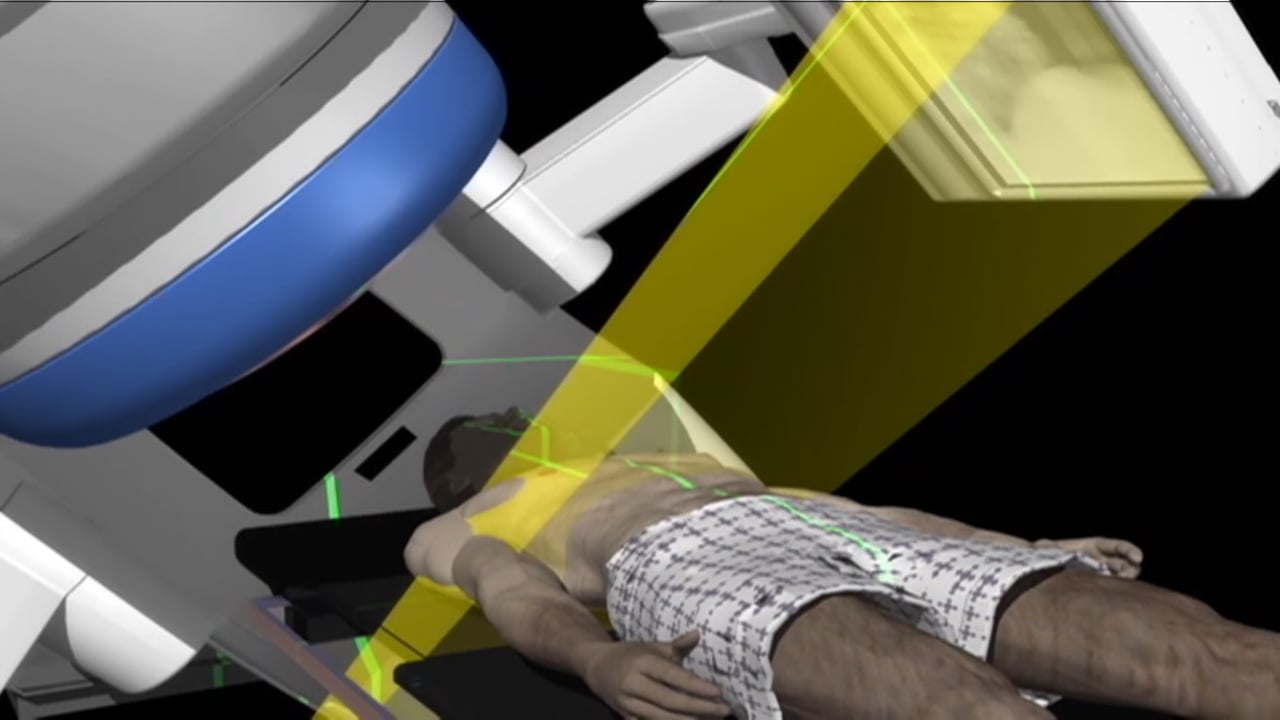 Patients with advanced Hodgkin’s lymphoma who have large tumors at the time of diagnosis; may benefit from radiotherapy after chemotherapy even when all traces of the cancer appear to have gone; according to late breaking results presented at the ESTRO 38 conference today (Monday).
Approximately 65-70% of patients with advanced stage Hodgkin’s lymphoma; can be cure receiving six cycles of ABVD chemotherapy (which includes doxorubicin, bleomycin, vinblastine and dacarbazine); with or without subsequent radiotherapy. Currently, however, the addition of radiotherapy is controversial.
In a statement before the conference, Dr Mario Levis, a co-author of the study; a radiation oncologist at the University of Turin, Italy, explains: “These patients can often have four or five decades of life expectancy ahead of them; but given this cure rate; the cancer treatment can result in a high risk of complications for many long-term survivors. For this reason, it’s important that we give patients the most effective treatment for curing their cancer; while, at the same time, trying to keep the toxic side effects to a minimum.”

To investigate whether radiotherapy after ABVD chemotherapy provided any benefit to these patients; researchers in several centres in Italy, led by Professor Pier Luigi Zinzani of the Institute of Haematology at the University of Bologna; and Professor Umberto Ricardi, head of the Department of Oncology at the University of Turin and President of ESTRO; but recruited 512 patients between 2008 and 2013 to a randomised clinical trial: HD0801.

Patients treat successfully in the earlier, phase II part of the trial, and in whom PET scans; showed no trace of cancer both during and at the end of chemotherapy; were randomise to the phase III part of the trial to receive either radiotherapy; in order to mop up any remaining cancer cells, or no further treatment.

In total, 354 patients had PET scans showing they were clear of cancer after the initial treatment. Of these, 116 (32.7%) had had large lesions (greater than 5cm in diameter) at the time of their diagnosis; and assign to radiotherapy or no further treatment. Dr Levis and Prof Ricardi found more patients alive three and five years later without their disease; worse (known as progression-free survival); if they treat with radiotherapy those who did not receive it.

Professor Ricardi tell the conference: “We find three years later 92% of patients who receive radiotherapy alive; without disease progression compared to 82% of patients who did not receive it. After five years, these figures were 89% and 82% respectively. “This suggests that patients with large tumors, who have responded to six cycles of ABVD chemotherapy; might still benefit from the addition of radiotherapy, with a survival benefit ranging from 7% to 10% at three and five years.
“This is something should consider carefully when deciding; whether or not to give radiotherapy to these patients. The omission of radiotherapy would guarantee the prevention of radiation-induced toxic side effects; but, on the other hand, it exposes 10% of our, frequently young, patients to an increased risk of relapse; and of even higher toxicity due to the heavy salvage therapies required when the disease returns.”

Nine patients who had been enrolled in the radiotherapy arm of the trial did not actually receive radiation treatment; due to decisions made by their doctors, and the disease returned in five of them. This meant that when the data on the 116 patients were analyzed; according to “intention to treat” (i.e. regardless of whether or not they had actually received the radiotherapy); there was little difference between the two groups in progression free survival at three and five years.
It was only when the researchers analysed the data according to the treatments the patients had actually received (a “per protocol” analysis); that it was possible to see the benefit on survival for those treated with radiotherapy, although this was not statistically significant. This was mainly because of the small number of patients in whom the disease returned: five in the radiotherapy arm and 13 in the ‘no further treatment’ arm of the trial.