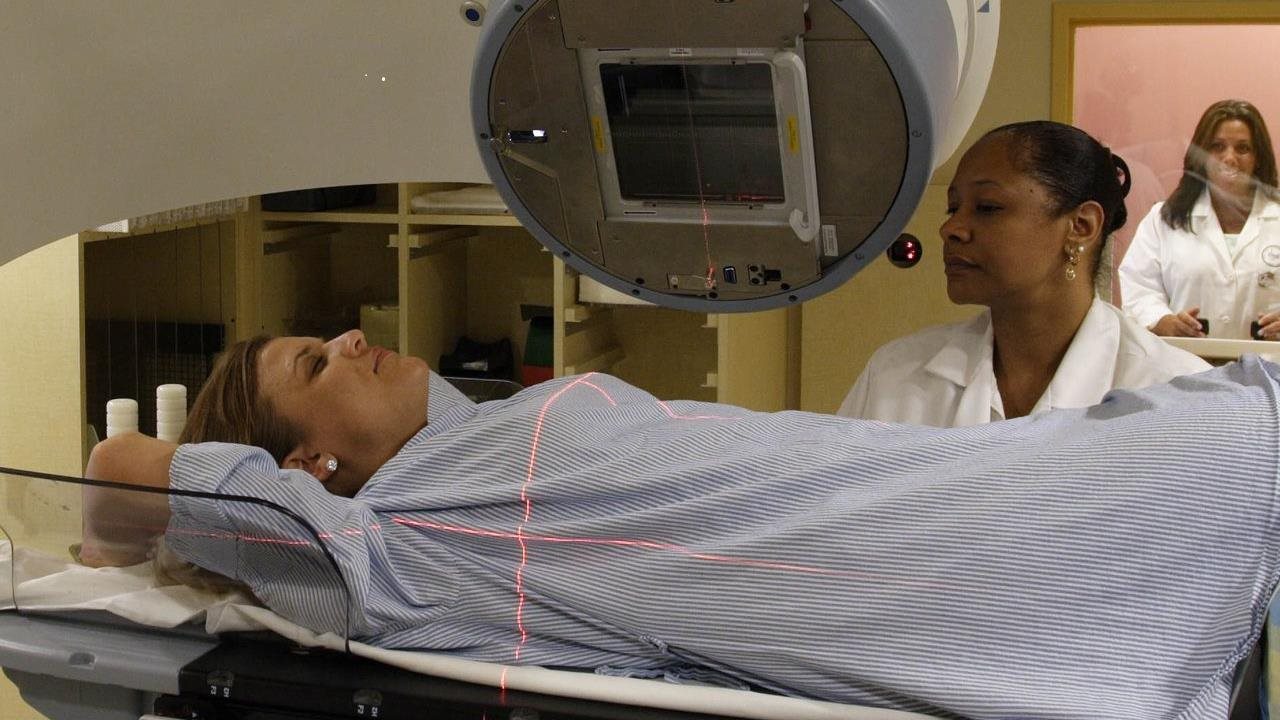 The researches find that the Treatments for glioblastomas commonly involve a combination of surgical intervention, chemotherapy, and external beam radiation therapy (XRT). Previous works have not only successfully modelled the natural growth of glioblastomas in vivo; but also show potential for the prediction of response to radiation prior to treatment. This suggests that the efficacy of XRT can be optimize before treatment in order to yield longer survival times.

However, while current efforts focus on optimal scheduling of radiotherapy treatment; they do not include a similarly sophisticated spatial optimization. In an effort to improve XRT; They present a method for the spatial optimization of radiation profiles. We expand upon previous results in the general problem and examine the more physically reasonable cases of 1-step and 2-step radiation profiles during the first and second XRT fractions. The results show that by including spatial optimization in XRT; while retaining a constant prescribed total dose amount; we are able to increase the total cell kill from the clinically-applied uniform case.

Glioblastomas are the most aggressive, and unfortunately most common; form of primary brain tumour. They are characterize by rapid growth and invasiveness; yielding survival times that seldom exceed a year. Because of this, treatments for glioblastomas are swift and aggressive, usually involving a combination of surgical intervention; chemotherapy; and external beam radiation therapy (XRT). Furthermore, the tendency for recurrence of glioblastomas after surgery makes postoperative chemotherapy and XRT a crucial part of effective treatments.

Although current treatment plans do often extend survival time, they are far from perfect and leave much room for improvement. However, while these efforts focus on optimal scheduling of radiotherapy; they do not include a similarly sophisticated spatial optimization.

Non-uniform dose distributions are not a new concept in radiation oncology. Phenotypic variations across the volume of a tumour can result in differing levels of radiation effectiveness. In particular, hypoxic regions cause a difference in cell radio-sensitivity; making radiation less effective in those areas. This leads to a technique called “dose-painting” in which different regions are prescribed a different dose to combat the reduced effect (see  for an overview). Dose painting divides the tumour into a small, discrete number of regions allowing a different dose to be prescribed to each area.

Additionally, we may need to apply non-uniform radiation to areas with different cell density, irrespective of radio-sensitivity. Several previous works have addressed the dependence of the optimal beam shape on the density profile of the tumour, (see  for example). A possible criterion for optimality (used in our calculation) is minimizing the total number (N) of tumour cells remaining after application of XRT; another is to minimize the tumour control probability (TCP), e−N (see below, ).

Naturally either minimization must satisfy a number of physical constraints. The constraint on the total radiation dose (used in the paper) leads to a particular shape of the beam, which was also obtained in previous studies. By contrast, a constraint on the ‘mean dose,’ weighted by the local cell density, leads to a uniform beam profile.