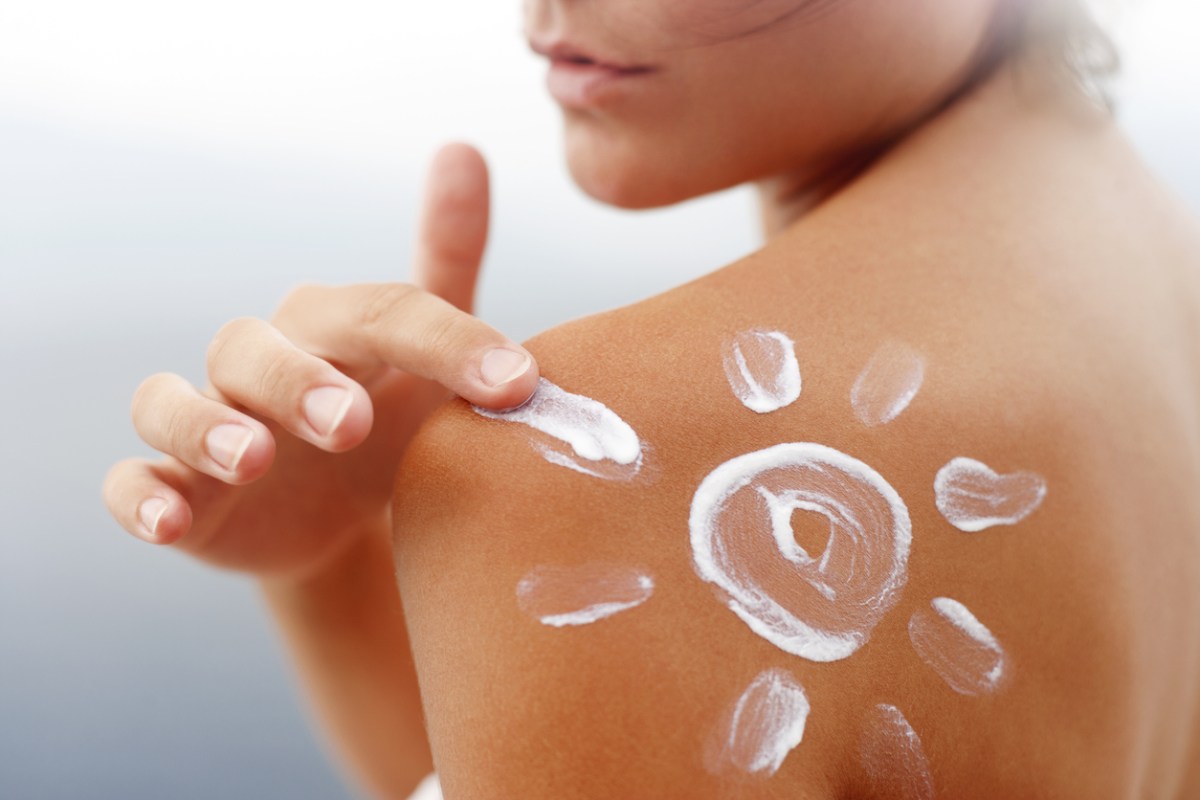 Things your phone probably reminds you of Your mother's birthday. Your kid's doctor appointment. That thing Beyonce said on Twitter. The new episode of "The Romanoffs." Email. News headlines.

Now, thanks to scientists at Northwestern University's Center on Bio-Integrated Electronics, your phone can also tell you exactly how much sunlight your body has absorbed today, based on what you are wearing, what the weather is and where you are physically located on the globe.

This useful info comes courtesy of a tiny sensor developed by Northwestern researchers John A. Rogers and Dr. Steve Xu that can stick to your skin or clip onto your hat. "It's smaller than a dime, thinner than a credit card," says Xu, "and you can stick it or clip it anywhere, which allows people to customize it."

His favorite application? Using the sensor as nail art. (Scientists love the fingernail as a vehicle for a wearable device, he says, because it's stable, durable and can stand up to adhesives.)

The sensor is so small, Xu says, "I often forget I am wearing it." Yet, the device packs a lot of power and data-gathering ability: It can accurately measure UVA and UVB radiation, as well as light exposure, run on solar power without a battery and never needs recharging.

Getting rid of the need to charge not only makes it easier to use, Xu says, "it allows the device to be even smaller, and cheaper to make." It's also virtually indestructible—in the lab, students dropped it into boiling water and simulated running it through a washing machine but were not able to break it.

The accompanying phone app allows users to enter information about sunscreen applied, clothing and activities (such as whether you're in or out of the water.) "It's really a platform technology," Xu says, "that can measure light extremely accurately in a novel way."

That is important, he says, because sun exposure is the No. 1 contributor to skin cancer, which has become a growing, global epidemic. "One in five Americans will have skin cancer in their lifetimes, and that's really pretty scary."

But if you think about when we're outside enjoying ourselves, we are just guessing about how much sun exposure we are getting, and it's inconsistent with how much sunscreen we put on.

Usually, you don't know until the next day, when you get red with sunburn, that you got too much sun." And every sunburn increases the chance of skin cancer. "All of that," Xu says, "translates to an increased lifetime risk."

The increasing, ubiquitous need for better protection from UV radiation is why there is a consumer version of the sensor, called "My Skin Track UV," that was developed with cosmetics giant L'Oreal. It launched in November at the Apple store.

You can stick it on your kid, or yourself, and get a phone alert that will warn you before soaking up the sun on your winter break vacation crosses the line into sunburn territory. (Which means you can also spare the rest of us back home that sympathetic cringe we get at the sight of your neon-red skin. Ow.)

But Xu says the device's next version has other applications that dermatologists like him are excited about: "Light is one of the world's oldest medicines," he says, "and we use it to treat diseases." These include skin diseases, seasonal affective disorder, and jaundice in infants.

The new sensor is able to accurately measure light exposure that patients are getting from light therapy so that it can be adjusted for the greatest benefit. And it will allow doctors to carefully track sun exposure for skin cancer survivors.

"A lot of the things that we do are driven by the problems we see in our patients," says Xu, "and as a dermatologist, I live and breathe skin cancer." Xu is currently testing the sensor with skin cancer patients, to further explore its clinical possibilities and practical use.

It is all about finding the best intersections, he says, between tech and medicine. "How do we connect cool technology to really meaningful problems that have an impact for people? That's the recipe for what we do," says Xu.