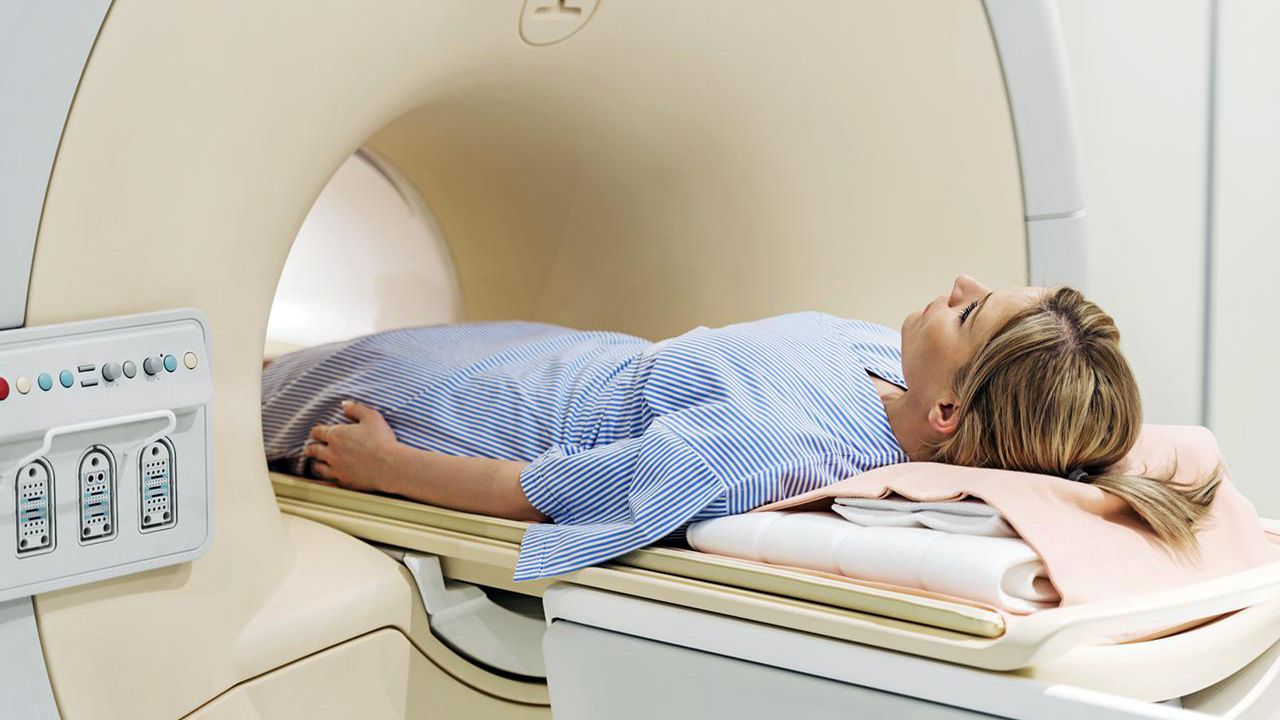 MRI Scan; Researchers at Massachusetts General Hospital (MGH) have taken a key step forward in developing a new; possibly safer contrast agent for use in magnetic resonance imaging (MRI) exams. Contrast enhanced MRI is a widely use diagnostic tool with over 30 million procedures perform annually. Currently, gadolinium-based contrast agents (GBCAs) are using for this purpose; but recently concerns have been raising about the long-term safety of the gadolinium metal ion. The study’s senior author is Eric M. Gale, Ph.D.; assistant in Biomedical Engineering at MGH, and assistant professor in Radiology at Harvard Medical School (HMS).

Results of the study are available online at Investigative Radiology; and describe how a novel manganese-based agent (Mn-PyC3A); provides comparable tumor contrast enhancement to state of the art (GBCAs). The new agent also may be safer than GBCAs; because manganese from Mn-PyC3A; but much more quickly and thoroughly cleared from the body than gadolinium from even the ‘safest’ GBCA.

A key feature of the new agent is that the manganese is tightly binding to a chelator; which prevents it from interacting with cells or proteins in an adverse way and allows rapid elimination from the body after the imaging exam. “Without a chelator of sufficient strength; the manganese will be take up by the liver and remain in the body,” says Peter Caravan, Ph.D.; one of the study’s authors, co-director of the Institute for Innovation in Imaging (i3) at MGH; and associate professor of Radiology at HMS. With a strong chelator, the manganese is distribute throughout the body and can detect the location and size of lesions.

While the first GBCA which the U.S. Food and Drug Administration (FDA) approved in 1988; there are lingering safety concerns about these agents. In 2007 it was determining that GBCAs can causing nephrogenic systemic fibrosis (NSF); when used in patients with kidney disease.

NSF is a rare,but devastating progressive condition that affects multiple organ systems. As a result, three GBCAs can no longer be used in patients with advanced kidney disease; while the use of other GBCAs is avoid. However, avoiding contrast enhanced MRI makes it harder to provide accurate diagnoses for these patients.

Also, it’s been known for several years; that residual gadolinium can stay in the body; but for a very long time after an imaging procedure. Studies have demonstrated that gadolinium levels in the brain and other organs increase with increased exposure to GBCAs. Concerns around gadolinium retention caused the European Medicines Agency to remove several GBCAs from the market in Europe.

“No confirmed side-effects have yet been irrefutably linked to the long-term presence of gadolinium in the body. But, since some people are repeatedly exposed to GBCAs, doctors want to be cautious,” says Gale. He and Caravan invented Mn-PyC3A as a gadolinium-free contrast agent to address these various safety concerns. They note that unlike gadolinium, manganese is an essential element that is naturally found in the body.

Derek Erstad, MD, clinical fellow in the Department of Surgery at MGH and lead author on the study points out that “A number of conditions require multiple follow up scans with GBCAs that result in increased gadolinium exposure. For instance, women with a high risk of breast cancer, brain cancer survivors, or patients with relapsing multiple sclerosis may receive frequent GBCA enhanced MRIs for surveillance.”

For their study, the MGH team compared the efficacy of their novel contrast agent Mn-PyC3A in MRI scan to two state of the art GBCAs to detect tumors in mouse models of breast cancer and metastatic liver cancer. They conclude that the tumor contrast enhancement provide; by Mn-PyC3A was comparable to the performance of the two GBCAs. They also measure fractional excretion and elimination of Mn-PyC3A in a rat model and compared to the leading GBCA. In that study, MnPyC3A was more completely eliminated than the GBCAs.