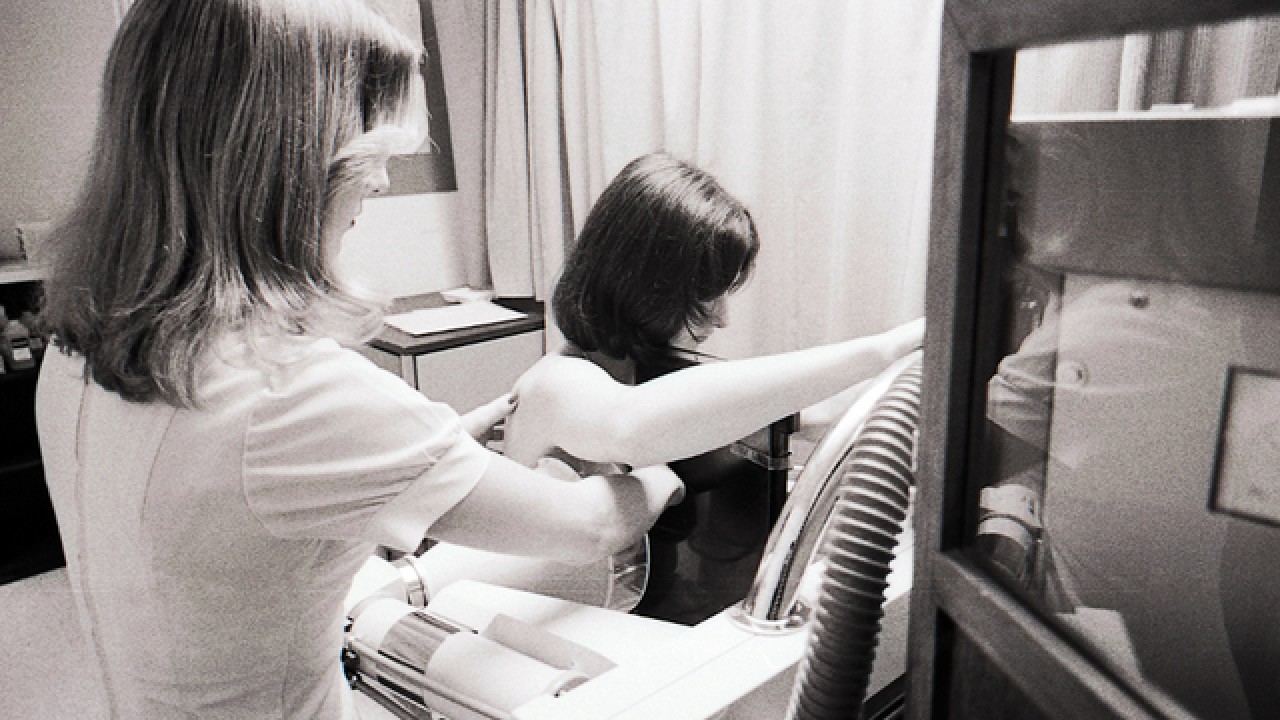 The researches find that the cancer once after going through radiation and having a mastectomy on her right side, so having a mammogram can stir up nerves for the 13-year cancer survivor. The 66-year-old from Grove City just had her yearly cancer screening on her left breast and she recently sat patiently by herself on the white couch as instrumental music played gently in the background. “It’s quiet, it’s calm,” Davis said. “It’s just not so unnerving and you’re not in an office with 15 other women.”

With its wooden floors, warm colors, candles, couches and relaxing music, the Katherine M. Cyran M.D. Breast Center looks and feels more like a spa than a mammogram center. It’s reflective of a growing trend in mammograms centers across the county, including in central Ohio, that are design to help patients feel more comfortable. “They think there’s the fear of finding something, and that’s so paradoxical;” said the center’s director, Dr. Katherine Cyran; “because I try to tell patients, if there’s something there; we really want to find it because it’s not going to go away and it’s just going to get bigger and harder to treat.”

“Breast cancer is something we know the smaller we catch it, the greater the chance for cure;” Cyran said. “Mammograms have been proven time and time again that they can catch things early.” Women can start getting mammograms at 40 and should get a mammogram every year starting at 45; according to the American Cancer Society. At 55 and older; a woman can get mammograms every one or two years. In 2016, 77.1% of Ohio women ages 50 and older reported they had a mammogram in the past two years, according to the report.

Fear and discomfort are two of the biggest barriers that prevent women from getting a mammogram; said Julie McMahon, director of strategy and mission at Susan G. Komen Columbus. “If they don’t have a good experience, they are going to tell their sister the same thing,” she said. Centers like Cyran’s are hoping to reduce those fears. “They wanted to make this office feel as if the patient were coming into my home,” Cyran said. “We try to make it really comfortable and remove that institutional feel with bringing in soft colors, soft music and nice; non-medical looking furniture.”