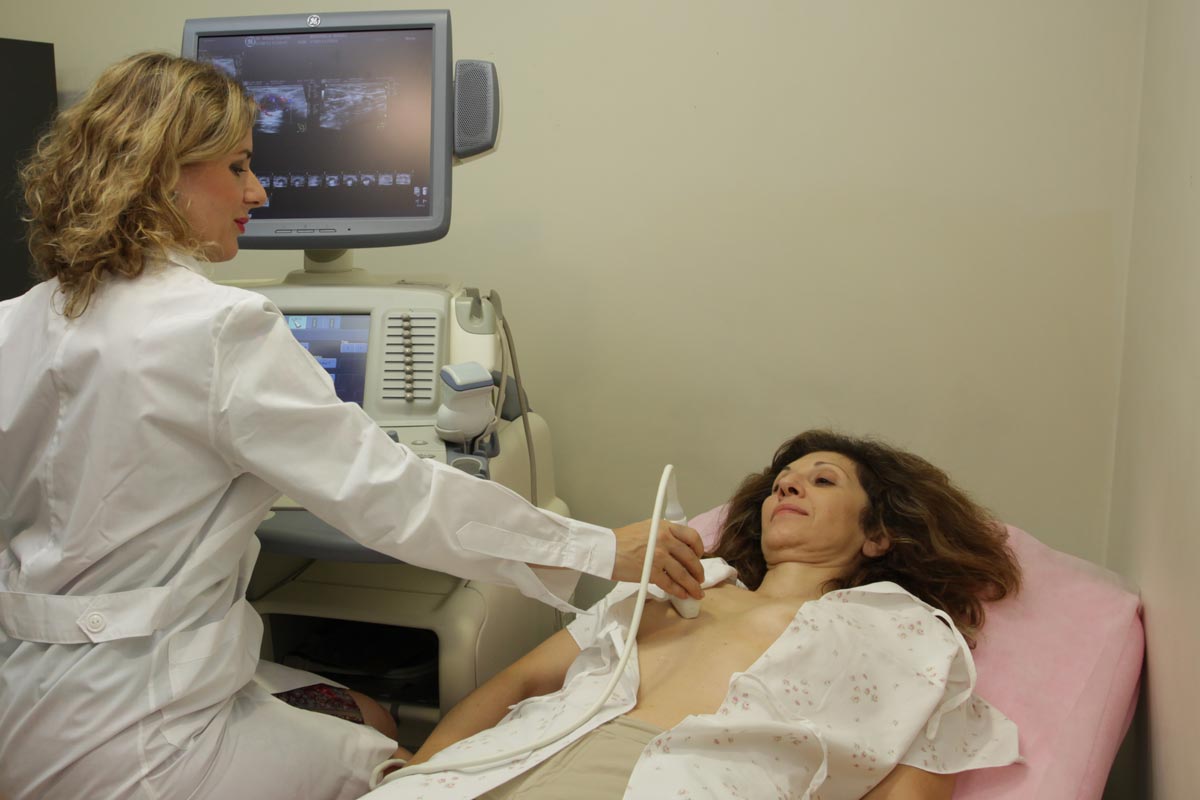 A new ultrasound technique can help distinguish benign breast tumours from malignant ones. The technology was developed with support from the Swiss National Science Foundation.

Ultrasound is one of the three main technologies used in medical imaging. It is more compact and affordable than nuclear magnetic resonance imaging (MRI) techniques, and safer than x-rays. But the images it produces are often difficult to interpret.

With support from the SNSF, a team from ETH Zurich has developed a new method based on the speed of sound. In initial clinical trials, the team's prototype showed great promise in detecting breast cancer. The researchers have published their work in the journal Physics in Medicine and Biology .

Measuring the speed of sound, not the quantity

An ultrasound probe emits sound waves that penetrate the body. Because organs and tissues have different physical properties, they reflect the waves differently.

The device analyzes these "echoes" and reconstructs a three-dimensional image of the inside of the body, called an "echograph" or, more commonly, ultrasound.

Usually, the device measures the intensity of the reflected sound waves. But the Zurich team takes an additional parameter into account, namely the echo duration.

This new method produces images with enhanced contrast, which could prove useful for cancer diagnosis: It does not only detect the presence of tumours; it also aids in distinguishing benign tumours from malignant ones.

This innovation relies on a simple principle: the density and rigidity of the tissues determine the speed of the sound echo. Because tumours are more rigid than the surrounding  tissue , especially when they are cancerous. As a result, sound travels 3% faster on average in malignant tissues than in healthy tissues, and also 1.5% faster than in benign tumours.

A simple change of software

During clinical trials, the Zurich team demonstrated the effectiveness of their prototype in detecting breast tumours.

"Our goal is to provide physicians with a better tool for decision-making during routine checks, and to avoid unnecessary biopsies," said Orçun Göksel, assistant professor at ETH Zurich and director of the study. "Compared with conventional ultrasound, our images are much easier to interpret."

The technique can be used with any equipment, because the key innovation is the processing software. A device that exploits the speed of sound recently entered the market, but it requires a cumbersome and expensive infrastructure – the part of the body being observed needs to be submerged in degassed water.

"Ultrasound is successful because it is safe, portable and inexpensive," says Göksel. "Any practitioner's office can accommodate a compact, handheld probe."

Our technology preserves these advantages while addressing the main limitation of conventional  ultrasound  image quality – which is still a problem for diagnosis in many clinical cases.