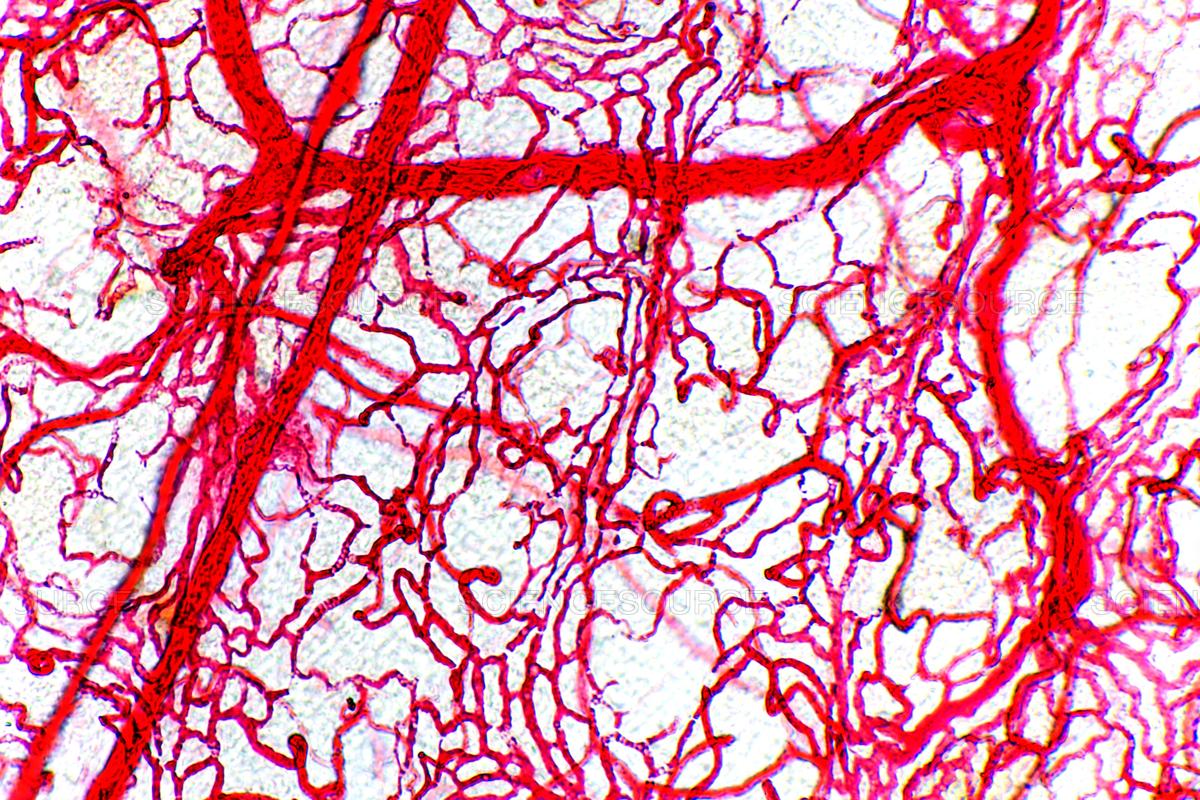 More than 40 billion capillaries—tiny, hair-like blood vessels—are tasked with carrying oxygen and nutrients to the far reaches of the human body. But despite their sheer number and monumental importance to basic functions and metabolism, not much is known about their inner workings.

"There has been a progressive push to image smaller and smaller blood vessels and provide more comprehensive, functional information," said Vadim Backman, who led the study. "Now we can see even the smallest capillaries and measure blood flow, oxygenation and metabolic rate."

The paper was published last week in the journal Light: Science and Applications. Backman is the Walter Dill Scott Professor of Biomedical Engineering in Northwestern's McCormick School of Engineering. He co-leads the Cancer and Physical Sciences Research Program at the Robert H. Lurie Comprehensive Cancer Center of Northwestern University.

Researchers and physicians have long been able to see inside major veins and arteries with Doppler ultrasound, which uses high-frequency sound waves to measure blood flow. But this insight does not give a full picture of the circulatory system.

Unlike veins and arteries, capillaries are responsible for oxygen exchange, or delivering oxygen to organs and tissues throughout the body while shuttling carbon dioxide away. Low blood oxygen can cause mild problems such as headaches to severe issues such as heart failure.

"You can have great blood flow through arteries and still have absolutely no blood sending oxygen to tissues if you don't have the right microvasculature," Backman said. "Oxygen exchange is important to everything the body does. But many questions about what happens in microvasculature have gone unanswered because there was no tool to study them. Now we can tackle that."

"SC-OCTA is a valuable diagnostic tool," added James Winkelmann, a graduate student in Backman's laboratory and the study's first author. "We can now detect alterations to capillary organization, which is evident in a variety of conditions ranging from cancer to cardiovascular disease. Detecting these diseases earlier has the potential to save lives."

Researchers have had difficulties peering inside capillaries because of the vessels' microscopic size. A single capillary is a mere 5-10 microns in diameter—so small that red blood cells must flow through in single file.

SC-OCTA works by combining spectroscopy, which looks at the various visible light wavelengths, or color spectra, with conventional optical coherence tomography (OCT), which is similar to ultrasound except uses light waves instead of sound waves. Like a radar, OCT pinpoints the tissue of interest, and then spectroscopy characterizes it.