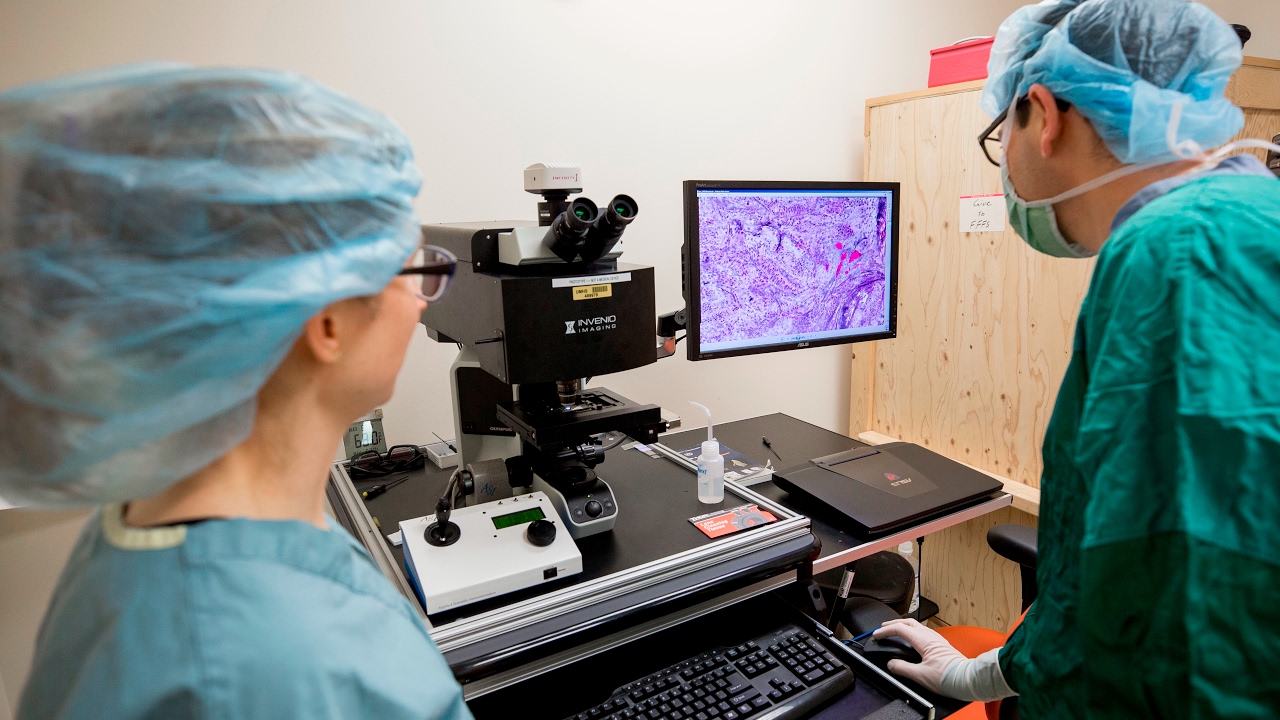 Images of the world at radio, microwave, infrared, visible, and x-ray frequencies But there is a blind spot in this spectrum. The technology is still in its infancy to detect radiation with a wavelength of between 1 and 0.3 millimeters and a frequency of about a terahertz. The equipment that can detect such radiation is bulky and expensive and the resulting images poor. Hence the “blind spot,” which engineers have called the terahertz gap.

A better way to capture these wavelengths is desperately need, not least to gain a new window into the universe. Today Martin Burger at the University of Munster in Germany and a few colleagues describe a revolutionary new imaging technique compressed sensing that is set to make this part of the electromagnetic spectrum more accessible. Applying the technique to terahertz waves is likely to change the way we see our world and the universe beyond.

First, some background. Terahertz waves pass through clothes but not through skin or metal. If your eyes could pick them up, people would appear naked but decorated with keys and coins but perhaps also knives and guns. So this kind of imaging has significant security applications, not to mention privacy implications.

Terahertz frequencies are difficult to detect because they sit on the electromagnetic spectrum between microwaves and infrared light; and there is an important difference between the way these types of radiation can be detected. Microwaves; like radio waves; are made by accelerating a charge back and forth at the required frequency in this case; up to about 300 gigahertz.  Detecting microwaves exploits the same process in reverse.

By contrast, infrared waves, like light; are made by making an electron in a suitable material jump between two electronic levels. This generates infrared light when the energy required to make the jump is equivalent to the energy of an infrared photon. The same process in reverse can also detect infrared photons.

Making and detecting terahertz waves is hard because they sit in the middle where neither technique works particularly well. It’s tough to accelerate charges at terahertz frequencies. And materials with the required band gap to create terahertz photons are difficult to find, and those that qualify often have to be cooled to cryogenic temperatures. That’s why terahertz detectors tend to be bulky; expensive, and hard to manage.

The technique works by randomizing the reflected light from a scene and then recording it using a single pixel. The randomization can be done in various ways; but a common approach is to pass the light through a digital array called a spatial light modulator that displays a random pattern of transparent and opaque pixels. The randomization process is then repeat and the light field record again, and the entire process is repeat many times to generate many data points.
At first it’s hard to see how this can produce an image after all, the light field is randomize. But the data points aren’t completely random. Indeed; each data point is correlate with all others because they all come from the same source the original scene. So by finding this correlation; it is possible to recreate the original image.