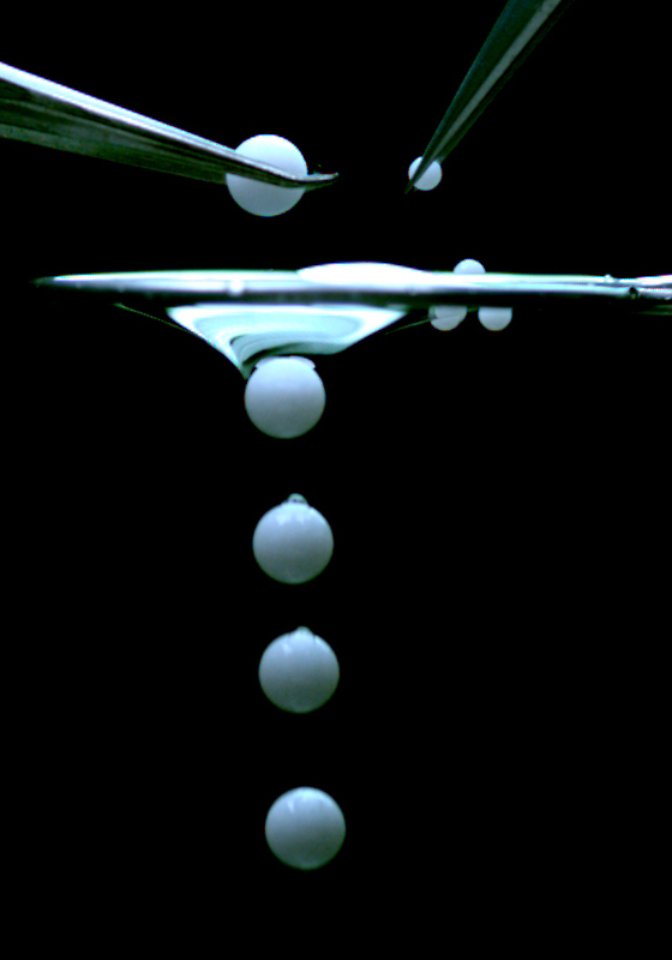 A self-healing membrane that acts as a reverse filter, blocking small particles and letting large ones through, is the 'straight out of science fiction' say mechanical engineers.

She and the research team, however, developed the exact opposite, a stabilized liquid material that screens out smaller objects while allowing larger ones to pass through. The research was published online in Science Advances. The team experimented with liquids for their unique properties.

"If you put your finger in a glass of water and take it out, the water's surface self-heals," explained Tak-Sing Wong. This newly developed membrane does the same, but unlike conventional filters, this one does not separate objects by size. Instead, it responds to an object's kinetic, or movement, energy.

In its simplest form, the membrane can be created with water and a substance that stabilizes the interface between liquid and air, and has a structure similar to that of a biological cell membrane. To create the initial prototype, the team used a simple soap film. The components could then be modified and optimized to serve unique purposes, such as enhanced mechanical robustness, antibacterial properties, or odor-neutralization.

Looking ahead, the researchers envision any number of creative, real-world applications for the membrane. If doctors need to perform open surgery without a clean operating room, a potential situation in remote areas or on military battlefields, this material could act as a surgical film to help replicate the clean environment needed to safely operate.

"The membrane filter could potentially prevent germs, dust or allergens from reaching an open wound, while still allowing a doctor to perform surgery safely," Wong said. "This membrane could make this possible." The research may also impact developing regions where there are sanitation concerns.

"One billion people in the world still openly defecate for many reasons, one being that latrines smell bad," Boschitsch explained. "But if this could be applied to those toilets, it could allow solid waste to pass through the membrane, while the odor-causing gases will remain trapped."

Looking to the future, the team plans to further develop the membrane with enhanced functions, and to collaborate with other researchers to test and adapt this membrane for practical applications. "The sky is really the limit," Wong said.