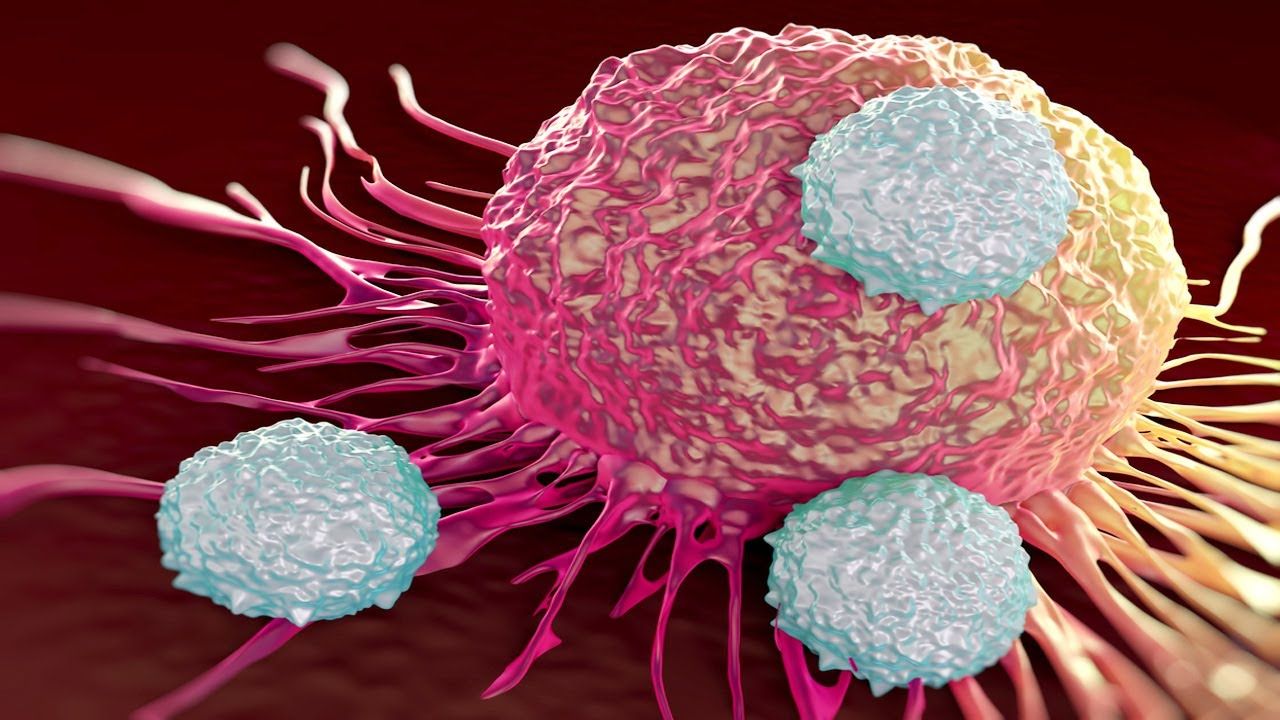 Stanford scientists were able to engineer immune cells known as macrophages to detect and flag cancer in mice. The researchers hope the technique can be used for early cancer diagnostics in humans. Immune cells imbued with the power to detect and reveal tumors could be a new method of diagnosing cancer, according to a study from the Stanford University School of Medicine. The research, performed in mice, involved modifying a specific class of immune cells to patrol the body for cancer and send a signal through blood or urine when they found trouble.
“We’ve been after early cancer diagnostics for years, but this time, we came at it from another angle,” said Sanjiv “Sam” Gambhir, MD, Ph.D., professor and chair of radiology and director of the Canary Center at Stanford for Cancer Early Detection. “We said, if nature doesn’t give you sufficient signal that cancer is present, can we force the body to make one? In this case, can we force immune cells to emit detectable markers if cancer exists somewhere in the body?”

The presence of disease or damaged cells

The question prompted the engineering of a sort of immune cell-turned-informant, which Gambhir said is possibly the first in-animal example of a phenomenon called “immunodiagnostics.” Like immunotherapy, immunodiagnostics repurposes the body’s own cells to perform a task—in this case, reporting the presence of disease or damaged cells. Currently, the technique can detect tumors as small as 4 millimeters in diameter—about the size of a pencil top eraser—which outperforms some of the most advanced early tumor detection methods out there, Gambhir said.
He said the immune cell signals are flagging a specific class of malfunctioning cells, which includes tumor cells, but is not limited to them. The technique also could be tailored to detect more than just cancer, and could potentially flag other disorders, such as multiple sclerosis or chronic inflammation, he said. A paper detailing the findings of the study was published in Nature Biotechnology. Gambhir, who is the Virginia and D.K. Ludwig Professor for Clinical Investigation in Cancer Research, is the senior author. Amin Aalipour, an MD-PHD student, is the lead author.

As tumors grow, little bits of their DNA slough off and float out into the bloodstream. A simple blood draw should be able to detect the cancerous scraps, theoretically; but the reality is that circulating tumor DNA is not always plentiful; and so the chances of capturing enough of it; in a blood draw or urine sample are usually slim; especially when the tumor is relatively small.

“As you look for evidence of cancer at earlier points in the diseases; there are fewer and fewer circulating tumor molecules in the bloodstream;” Gambhir said. But finding cancer earlier could be crucial; to treating it more successfully. In searching for a new solution; Gambhir and his team tapped into one particular subclass of immune cells; known as macrophages; that naturally scout for damaged or malfunctioning cells in the body.

The challenge then became one of determining when the macrophage had detected a possible tumor environment. And that’s where Gambhir’s team came up with a solution. The team played to the macrophage’s natural strengths. Many immune cells, including macrophages, change on a genetic level when they prepare to perform immunological duties. Certain genes are known to turn on; when a macrophage comes into contact with the tumor environment; helping to activate the macrophage’s main job: gobbling up malfunctioning or dead cells. Gambhir’s engineering feat harnesses the process that spurs these genes into action.

Although a fluorescing vial likely reveals the presence of cancer; it’s not a definitive diagnosis at this point in the development of the technique, Gambhir said. Macrophages activate certain sets of genes; that can correspond to a handful of off-kilter cells, such as a tumor or a wound. Once the macrophage sends its signal, Gambhir said, doctors would use one of several other tests to determine whether it’s reacting to a cancerous target.

He added that the engineering trick done with Gaussia luciferase is modular; and can apply to just about any other reporter, such as a PET scan reporter or tracer. That way, a tumor-activated macrophage would likewise glow; under a PET scan, making it easy for doctors to spot cancer cells. What’s more, Gambhir added, the immunodiagnostic strategy is not restricted to macrophages; the technique could also work in other immune cells, such as T-cells. In the immediate future, Gambhir said that he plans to continue to test the detection method in other types of cancers and animal models, likewise refining the method to home in on tumor cells only, rather than cells with other types of damage.