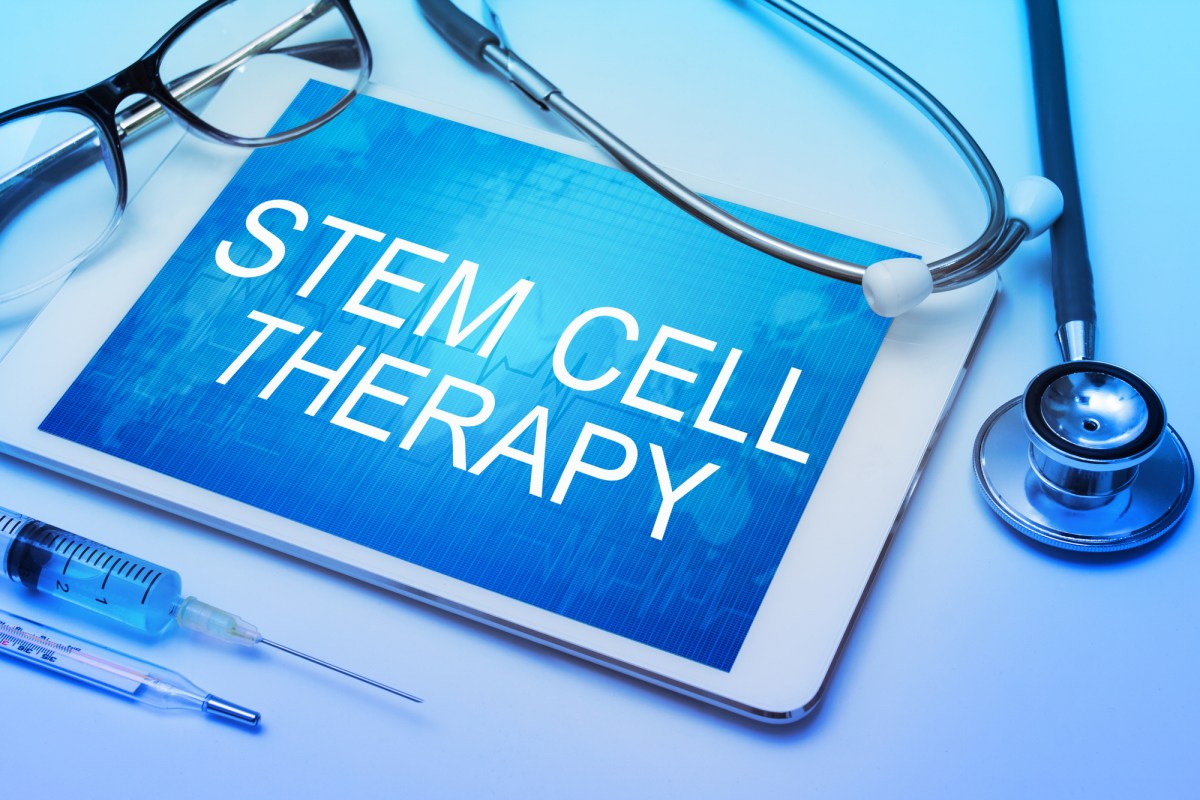 Using a novel patient-specific stem cell-based therapy, researchers at the National Eye Institute (NEI) prevented blindness in animal models of geographic atrophy, the advanced "dry" form of age-related macular degeneration (AMD). The protocols established by the animal study, published in Science Translational Medicine (STM), set the stage for a first-in-human clinical trial testing the therapy in people with geographic atrophy, for which there is currently no treatment.

"If the clinical trial moves forward, it would be the first ever to test a stem cell-based therapy derived from induced pluripotent stem cells (iPSC) for treating a disease," said Kapil Bharti. Bharti was the lead investigator for the animal-model study published in STM. The NEI is part of the National Institutes of Health.

The therapy involves taking a patient's blood cells and, in a lab, converting them into iPS cells, which can become any type of cell in the body. The iPS cells are programmed to become retinal pigment epithelial cells, the type of cell that dies early in the geographic atrophy stage of macular degeneration.

RPE cells nurture photoreceptors, the light-sensing cells in the retina. In geographic atrophy, once RPE cells die, photoreceptors eventually also die, resulting in blindness. The therapy is an attempt to shore up the health of remaining photoreceptors by replacing dying RPE with iPSC-derived RPE.

In the STM paper, Bharti describes testing the approach in rat and pig models. Ten weeks after the human iPSC-derived RPE patches were implanted in the animals' retinas, imaging studies confirmed that the lab-made cells had integrated within the animal retina. The investigators report the transplanted cells functioned properly.

Immunostaining confirmed that the iPSC-derived RPE expressed the gene RPE65, suggesting the lab-made cells had reached a crucial stage of maturity necessary to maintain photoreceptor health. RPE65 is necessary for the regeneration of visual pigment within the photoreceptors and is an essential component for vision.

iPSC-derived RPE were safe and efficacious

The animal studies inform the processes for conducting a first-in-human clinical trial testing the treatment. Key to that workflow are good manufacturing practice (GMP) protocols, which were established to ensure that the iPSC-derived RPE were a safe and efficacious, clinical-grade product. GMP protocols are also crucial for making the therapy reproducible, a requirement for scaling up production and Food and Drug Administration approval.

"Adhering to the protocols helps ensure that the transplanted cells function reliably, and that unintended consequences are minimized," Bharti said. A key concern with any stem cell therapy is its oncogenic potential: the ability for cells to multiply uncontrollably and form tumors. The researchers genetically analyzed the iPSC-derived RPE cells and found no genetic mutations linked to tumor growth.

"The protocol also minimizes the chance of rejection by developing the iPSC-RPE with an individual's autologous (own) blood cells," Bharti said. The planning of a Phase I clinical trial testing the safety of the iPSC-based therapy for geographic atrophy is underway and will be initiated after U.S. Food and Drug Administration approval.