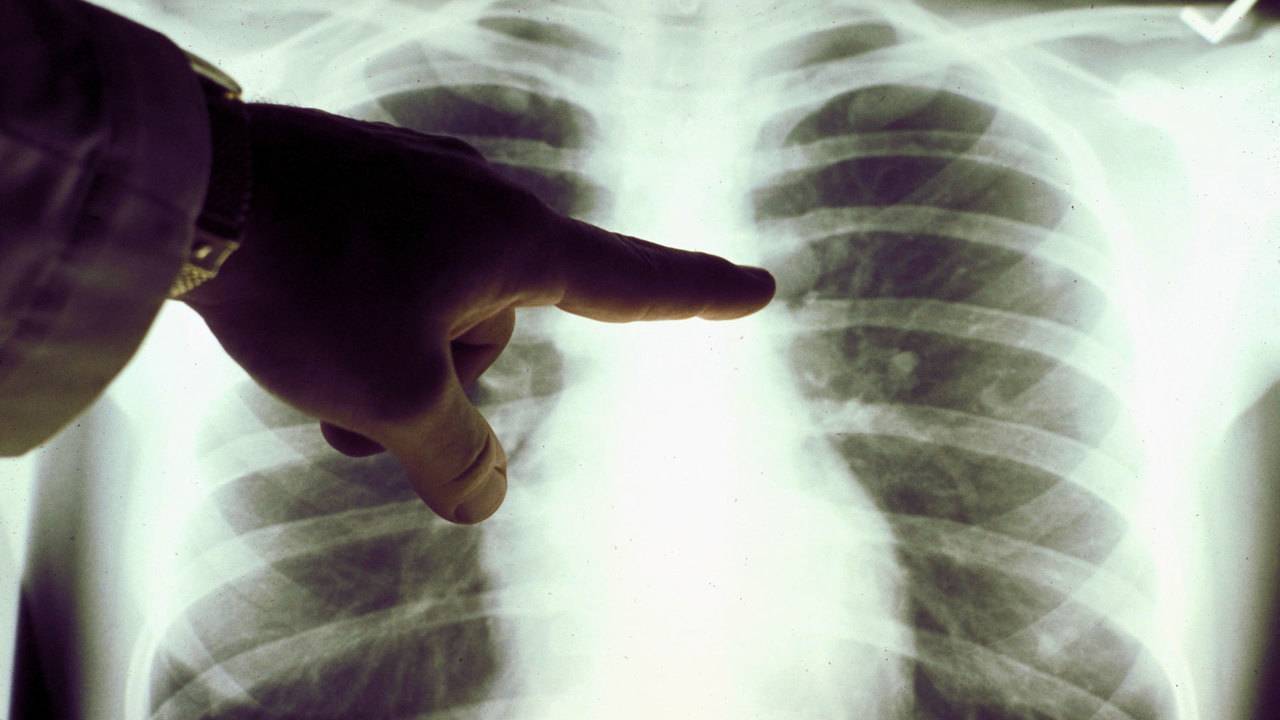 Lung cancer, also known as lung carcinoma, is a malignant lung tumor characterized by uncontrolled cell growth in tissues of the lung. This growth can spread beyond the lung by the process of metastasis into nearby tissue or other parts of the body. Most cancers that start in the lung, known as primary lung cancers, are carcinomas. The two main types are small-cell lung carcinoma (SCLC) and non-small-cell lung carcinoma (NSCLC).
A protein belonging to the class of receptor tyrosine kinases, causes some lung cancer patients to have an intrinsic resistance to the drug osimertinib. The application of osimertinib and an AXL inhibitor is shown to limit intrinsic resistance to the drug. For treating cancer, drugs based on molecules known as tyrosine kinase inhibitors are sometimes used.

One such tyrosine kinase inhibitor called osimertinib; to treat EGFR-mutated lung cancer with a certain degree of efficacy. (EGFR refers to epidermal growth factor receptor, a protein that plays an important role in signaling from the extracellular environment to a cell.) However, in some patients, intrinsic resistance and inadequate response to osimertinib have been observed.
The researchers first showed that in vitro, osimertinib activated AXL in EGFR-mutated lung cancer cells. Then they demonstrated an inverse correlation between AXL and susceptibility to tyrosine kinase inhibitors; AXL expression correlated with a poor response to treatment with osimertinib and with early tumor relapse. Yano and colleagues checked whether drug-tolerant cells (cells with significantly reduced sensitivity to drugs) exhibited higher levels of AXL.

Tolerant cells were found to display a higher expression of AXL compare to parental cells. Application of an AXL inhibitor called NPS1034 led to a decrease in survival of the drug-tolerant cells. The scientists then investigated the effect of the AXL inhibitor combined with osimertinib in a mouse model. Treatment with only NPS1034 had no effect on the tumors. Treatment with only osimertinib initially led to tumor regression, but tumor regrowth observe in 7 weeks.

Simultaneous treatment with NSP1034 and osimertinib led to tumor regression within a week; the size of the tumors stabilized for 10 weeks. No adverse effects such as weight loss during treatment. The findings of Yano and colleagues provide important insights into the molecular mechanisms; causing the tolerance to osimertinib in EGFR-mutated lung cancer cells; and particularly into the role of AXL and the effect of inhibiting its activity.
“These results suggest that treatment during the initial phase with a combination of osimertinib; in conclusion, AXL inhibitor may prevent the development of intrinsic resistance to osimertinib and the emergence of drug-tolerant cells in EGFT-mutated lung cancer overexpressing AXL.”