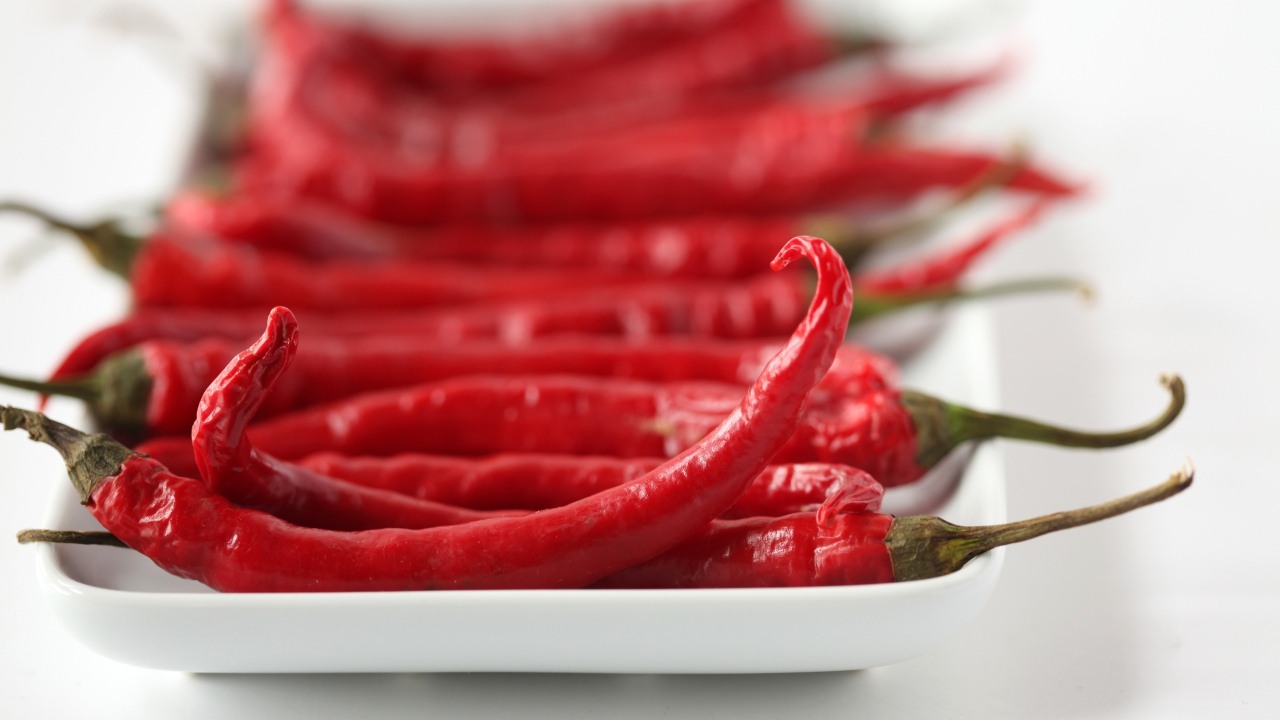 Lung cancer, also known as lung carcinoma, is a malignant lung tumor by uncontrolled cell growth in tissues of the lung. This growth can spread beyond the lung by the process of metastasis into nearby tissue or other parts of the body. Most cancers that start in the lung, known as primary lung cancers, are carcinomas. The two main types are small-cell lung carcinoma (SCLC) and non-small-cell lung carcinoma (NSCLC).
The most common symptoms are coughing (including coughing up blood), weight loss, shortness of breath, and chest pains. The vast majority (85%); of cases of lung cancer are due to long-term tobacco smoking. About 10–15% of cases occur in people who have never smoked. These cases are often caused by a combination of genetic factors and exposure to radon gas, asbestos, second-hand smoke, or other forms of air pollution.

Findings from a new study show that the compound responsible for chili peppers’ heat; could help slow the spread of lung cancer, the leading cause of cancer death for both men and women. Most cancer-related deaths occur when cancer spreads to distant sites, a process called metastasis. Lung cancer and other cancers commonly metastasize to secondary locations like the brain, liver or bone, making them difficult to treat,” said Jamie Friedman, “The study suggests that the natural compound capsaicin from chili peppers could represent a novel therapy to combat metastasis in lung cancer patients.”

Friedman will present the research at the American Society for Investigative Pathology annual meeting during the 2019 Experimental Biology meeting to be held April 6-9 in Orlando, Fla. In experiments involving three lines of cultured human non-small cell lung cancer cells, the researchers observed that capsaicin inhibited invasion; the first step of the metastatic process. They also found that mice with metastatic cancer that consumed capsaicin showed smaller areas of metastatic cancer cells; in the lung compared to mice not receiving the treatment.

Additional experiments revealed that capsaicin suppresses lung cancer metastasis by inhibiting activation of the protein Src. This protein plays a role in the signaling that controls cellular processes such as proliferation, differentiation, motility, and adhesion. They hope that one-day capsaicin caused in combination with other chemotherapeutics to treat a variety of lung cancers.
“However, using capsaicin clinically will require overcoming its unpleasant side effects; which include gastrointestinal irritation, stomach cramps, and a burning sensation.” The researchers are working to identify capsaicin analogs that will non-pungent while retaining the anti-tumor activity of capsaicin. They are also trying to identify natural non-pungent capsaicin-like compounds with anti-cancer activity.