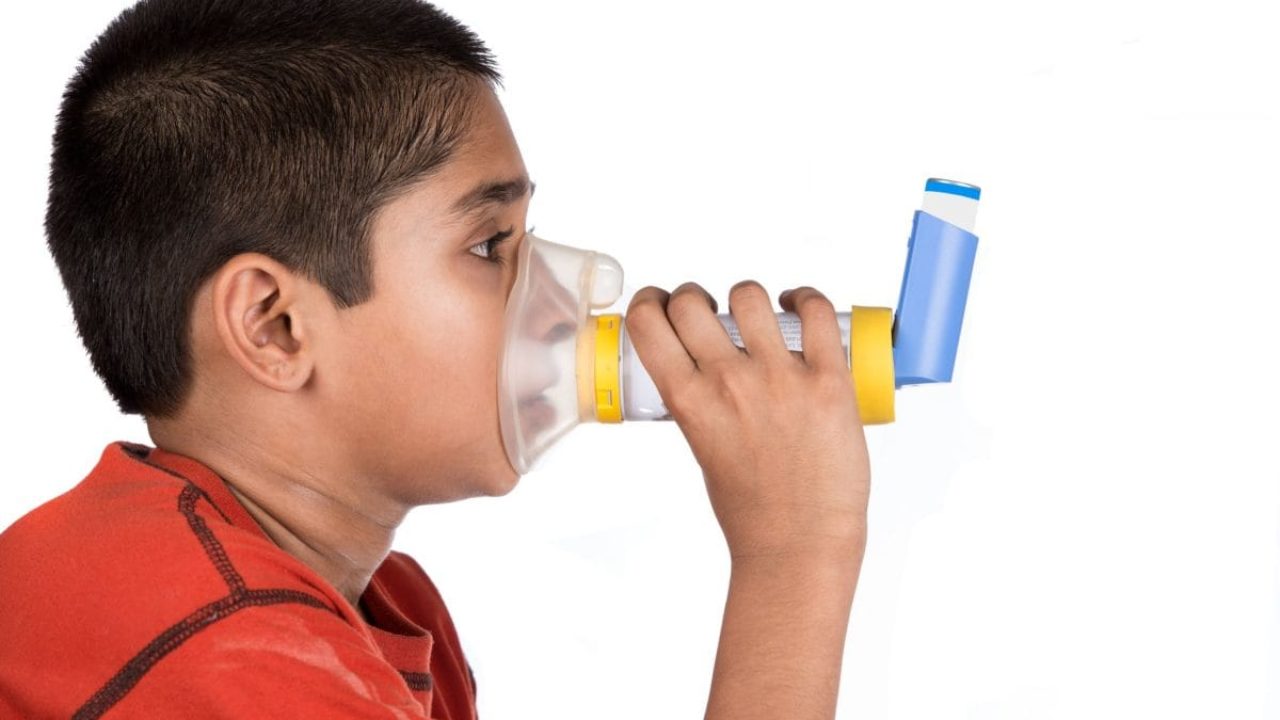 Children with mild asthma may use two inhalers one steroid and the other a bronchodilator, when symptoms occur, a new study shows. A team of researchers at the Washington University School of Medicine has found that kids with mild asthma may effectively manage their symptoms with inhalers. In the past, doctors will prescribe monthly steroid maintenance drugs even if there were no symptoms present.

The use of as-needed inhalers has the same efficacy for mild asthma as the conventional practice, the study published in the Journal of Allergy and Clinical Immunology: In Practice, suggests.  The steroid inhaler works by reducing inflammation while the bronchodilator is a rescue inhaler, which helps by relaxing the airway at the event of an asthma attack. These inhalers both work by making the child breathe easier and better.

To arrive at their findings, the researchers conduct a randomize, open-label; pragmatic equivalence trial in African American children between the ages of 6 and 17 years old, who have mild asthma. The study enroll on African American children who are more affect by asthma. A total of 12 primary care providers handle 206 children to see the effect of either a symptom base adjustment (SBA) of inhaled corticosteroids, with beclomethasone 80 μg with short-acting rescue β-agonist or provider-based guideline direct adjustment (PBA); which included a maintenance steroid.

By the end of the one-year-research, the investigators found no differences between the two groups. The two groups managed their asthmas symptoms and performed well in breathing tests to measure lung function. “Patients in the group that used both inhalers as needed used about one-fourth the steroid dose of the group that inhaled a prescribed daily amount. We also were pleased to see that the patients and families felt that they had more ownership over their asthma management when practicing as-needed treatment,” Kaharu Sumino, Associate Professor at the Washington University, said in a statement.

Furthermore, the group that took daily doses used more of steroids per month than those in the symptom base group. In total, the children in the group who took daily doses consumed 1,961 micrograms per month. On the other hand, the SBE group only use 526 micrograms per month, with the same results. The researchers also noted that prolonged use of steroids among children might have side effects such as stunted growth.

Asthma is one of the major non-communicable diseases worldwide according to the World Health Organization (WHO). About 235 million people currently suffer from bronchial asthma; also in 2015, there were 383,000 deaths due to asthma. In the United States, about 6.2 million children below 18 years old are living with asthma. African-American children are more affected than white children. In white children, 7.4% have asthma; while in African-American children, the number nearly doubles to 13.4%.

The Asthma and Allergy Foundation of America reports that asthma accounts for 9.8 million doctor’s office visits and 1.8 million emergency department visits each year. In children younger than 15, asthma ranks third as the major cause of hospitalization. Asthma is a disease affecting the lungs; characterized by recurrent attacks of wheezing, breathlessness, nighttime or early morning coughing, and chest tightness. It can occur several times day or week. During an asthma bout, the bronchial tubes swell; so leading to narrowed airways and reduced airflow into the lungs.