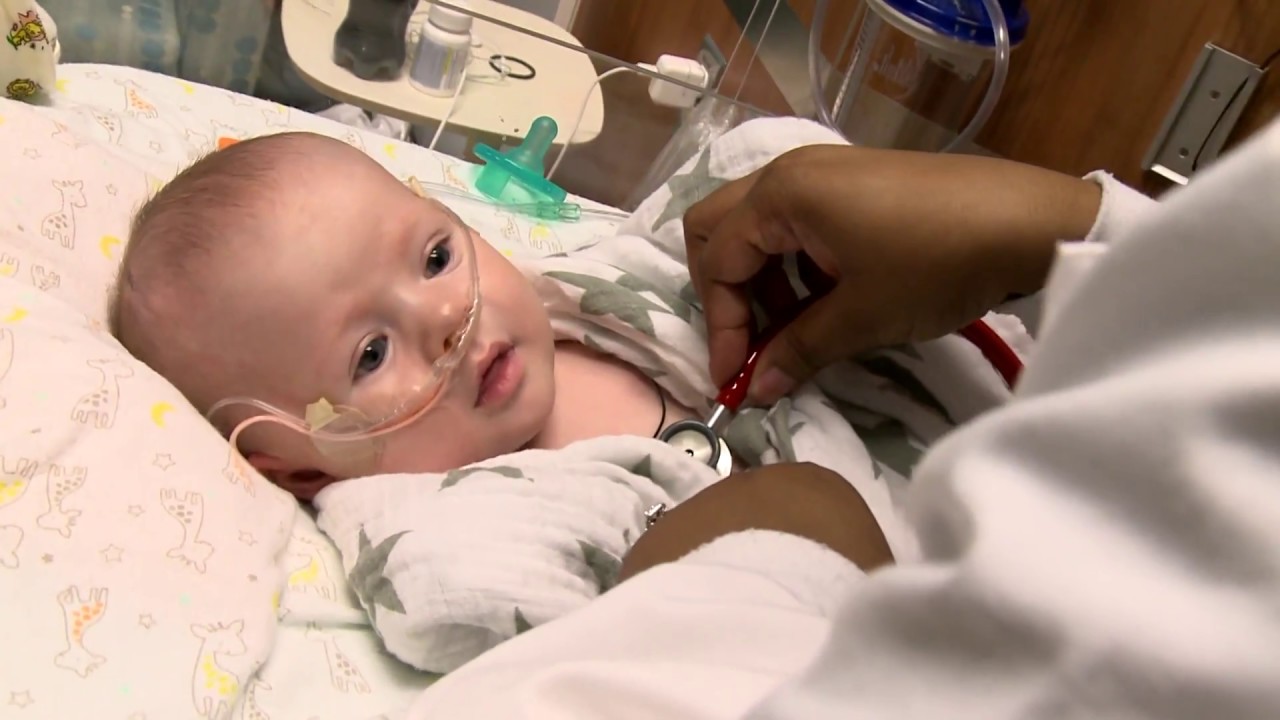 Bronchopulmonary dysplasia (BPD) is the most common illness that develops in babies born premature with underdeveloped lungs. A chronic disease that may present long-term breathing problems and can be fatal, there is no cure for BPD. However, new data released in 2017 shows a ventilation protocol developed at Nationwide Children’s Hospital, coupled with the treatment of the whole child, are improving survival rates to 99%. The national average of for the survival rate of infants born with severe BPD is 80%.

Born 14 weeks premature in 2017, fraternal twins Jack and Jonah Shields are among the 12,000 babies in the United States born premature who developed severe Bronchopulmonary dysplasia each year. Three months into their lives, they were transferred from their home hospital to a unique, separate in-patient unit in the Neonatal Intensive Care Unit at Nationwide Children’s, the Comprehensive Center for Bronchopulmonary Dysplasia.

Like most babies born premature, Jack and Jonah develop the worst form of BPD as a result of the life-saving measures necessary for survival. Because the tiny airways in their lungs were not fully developed; Jack and Jonah required oxygen as the standard of care and the use of a mechanical ventilator became essential. However, the introduction of high amounts of oxygen at a relatively high rate led to abnormal development of Jack and Jonah’s lungs.

“When caring for a pre-term baby, they worry about causing harm to the baby’s lungs; but once a baby has BPD, we can no longer prevent it,” said Leif Nelin, MD, division chief of Neonatology at Nationwide Children’s Hospital. “For the sickest babies with Bronchopulmonary dysplasia; they use a ventilator to help provide oxygen to their lungs, just like many other hospitals; but what makes our care different is how we use it. Our approach is to provide the baby with severe BPD fewer, but bigger breaths.”

In a unique, hybrid model of care that includes both intensive care; also a focus on neuro development, the care team also addresses the medical, nutritional, developmental and social needs of patients diagnosed with severe BPD. The care team in the Comprehensive Center for BPD has a true passion for this special patient population, and utilizes evidence-based practices and research to continuously improve care.

Use of supplemental oxygen

“Jack and Jonah were both very sick when they first arrived. Both of them were on a mechanical ventilator; so receiving significant amounts of oxygen at relatively high vent settings,” said Dr. Nelin, also a professor of pediatrics at The Ohio State University College of Medicine. “They were also on a fair amount of sedatives; so that kept them calm while they were on the ventilator.” Jonah was able to go home within six months of his arrival at Nationwide Children’s; but Jack, now 19 months, required extended inpatient care.

After 15 months at Nationwide Children’s, Jack is returning to his home state of Pennsylvania where he will be care for by a team of experts at The Children’s Home of Pittsburgh. Jack’s care team will stabilize his respiratory support before he heads home to officially be reunited with Jonah. Since its inception in 2004, the Comprehensive Center for Bronchopulmonary dysplasia at Nationwide Children’s; which has decreased babies’ readmission rates from over 30% to less than 10%; while at the same time improving pulmonary outcomes as assess by the use of supplemental oxygen, bronchodilators, steroids and diuretics.

Dr. Nelin emphasizes patience is key in caring for critically ill babies, like Jack and Jonah. The goal of Nationwide Children’s protocol is to make steady changes to the oxygen input. “BPD is a chronic disease and it will improve; but at a slower rate,” Nelin said. “Patients like Jack and Jonah with severe BPD are going to take months to improve, not weeks or days. We have to take a very measured approach to their care.”