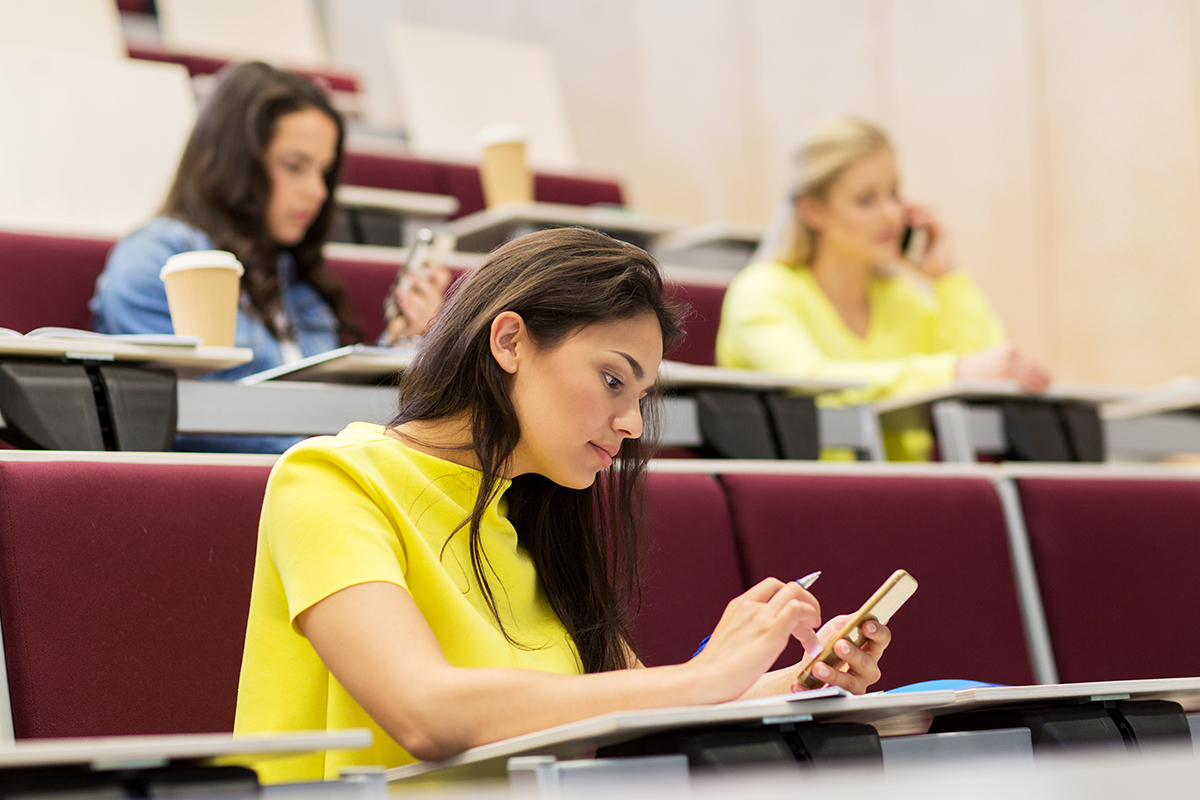 University at Buffalo has found that college students preferred food deprivation over smartphone deprivation, according to results from a paper in  Addictive Behaviors. Sara O'Donnell, the lead author on the paper and clinical psychology doctoral student in the Department of Pediatrics in the Jacobs School of Medicine and Biomedical Sciences at UB, said the results suggest that smartphones can be more reinforcing than food for college students

"In this study, we provide evidence for the first time that smartphones are reinforcing," she said. O'Donnell is the co-author with Leonard H. Epstein, Ph.D., SUNY Distinguished Professor, and director of the behavioral medicine division in the Department of Pediatrics.

"We also found that when deprived of both food and smartphones, students were much more motivated to work for the time to use their smartphone, and were willing to part with more hypothetical money to gain access to their phone," she said.

O'Donnell was interested in doing the study in order to explore whether smartphones could function as a reinforcing behavior, the same way that food, drugs, and alcohol are reinforcers. "The frequency with which we use our cellphones every day is astounding, with estimates ranging from five to nine hours a day," she said.

In the study, 76 UB  college students ranging in age from 18 to 22, had no access to food for three hours and no access to their smartphones for two hours. During that time, they either studied or read newspapers.

After that, the students could use a computer task in order to earn either the use of their smartphones or 100-calorie servings of their favorite snack food. As smartphone time or food was earned, the amount of work needed to earn either one increased.

The scientists measured smartphone reinforcement in two ways. One was a hypothetical questionnaire that asked how many minutes of smartphone use an individual would you buy at increasing prices (from $ 0 per minute to $ 1,120 per minute) and the other was a behavioral index of reinforcement that measured the amount of work (ie, the number of mouse button clicks) an individual would expend to use their phone, where the number of clicks needed to use the phone increases over time.

"We were very surprised by the results," she said. "We knew that students would be motivated to gain access to their phones, but we were surprised that despite modest  food deprivation, smartphone reinforcement far exceeded food reinforcement across both methodologies."

She added that while the study was not geared toward assessing how these behaviors might be involved in the phenomenon of smartphone addiction, she said the results of that smartphones are highly reinforcing.