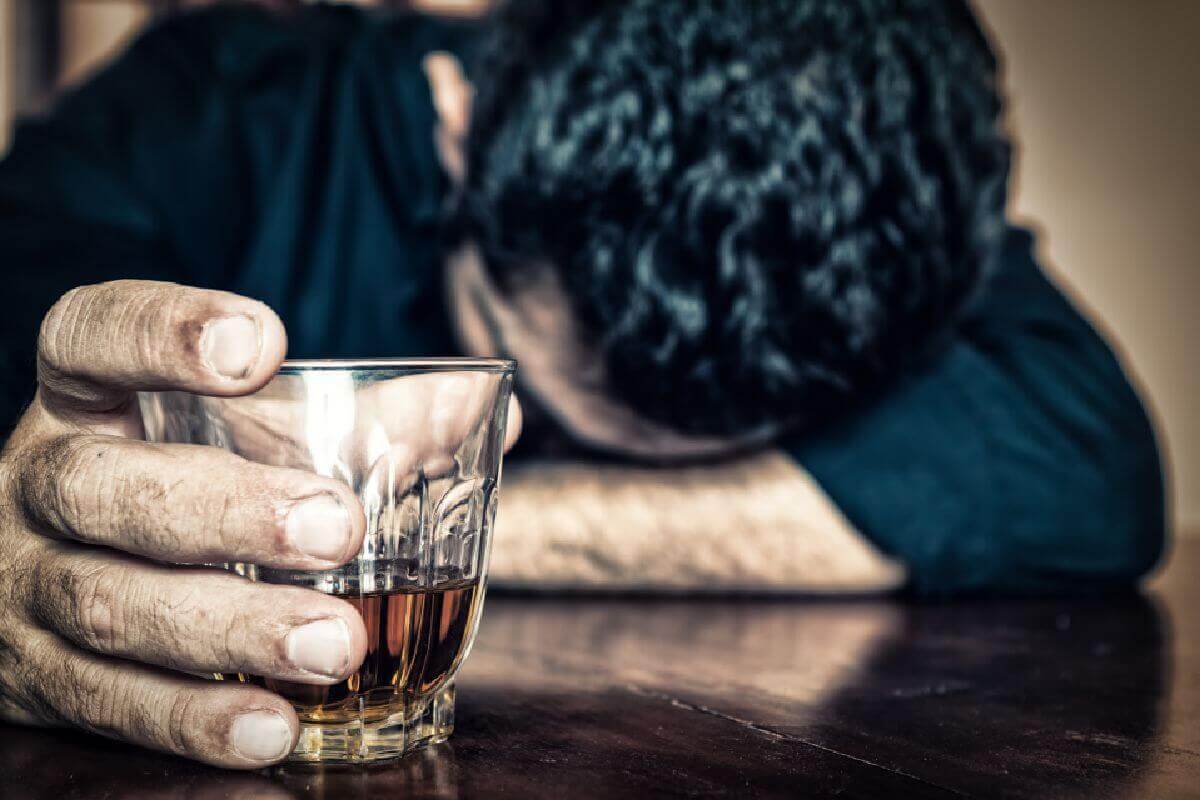 In the largest study of genetic factors linked to alcohol dependence, an international team of researchers identified a gene known to affect risk, and they determined that many other genes also contribute to risk for alcohol dependence to a lesser degree.

The new analysis, from the Substance Use Disorders working group of the Psychiatric Genomics Consortium, adds to the current understanding of alcohol dependence, a complex disorder influenced by genes, environment and their interactions.

The gene that was conclusively associated with the risk of alcohol dependence regulates how quickly the body metabolizes alcohol. The effects of other genes weren't big enough to reach statistical significance individually—even though this study involved more than 50,000 people—but their combined effects were significant.

The goal of the research is to better understand how genes may contribute to alcohol problems as a way to develop improved and more personalized treatments. The study is published online Nov. 26 in the journal Nature Neuroscience.

"The current estimate is that one in eight Americans suffers from alcohol dependence," said senior author Arpana Agrawal, Ph.D., a professor of psychiatry at Washington University School of Medicine in St. Louis. "And the gene we identified has a protective effect, but by no means is it the only thing affecting risk of alcohol dependence. We know environmental factors also play a role. We also think the genetic susceptibility to alcohol dependence stems from the small, cumulative effects of a very large number of variants across the genome."

The analysis compared genetic variants from nearly 15,000 individuals diagnosed with alcohol dependence to nearly 38,000 people who did not have that diagnosis.

But the researchers believe even larger studies will be needed in the future because genetic studies of other psychiatric disorders have required DNA from between 40,000 and 100,000 patients to allow researchers to isolate dozens of gene variants related to conditions such as schizophrenia and depression.

"As we analyze additional alcohol-dependent individuals, we should be able to find additional genomic regions affecting risk for alcohol dependence," said first author Raymond Walters, of the Broad Institute of MIT and Harvard. "We know there are other DNA regions that have small effects on risk, but it's going to take a large increase in our sample size before we can robustly identify those variants."

The one gene that did stand out, called ADH1B, regulates how the body converts alcohol into a substance called acetaldehyde. Variants in the gene speed the conversion to acetaldehyde, an unpleasant compound, and that has a protective effect, making people less likely to drink heavily or become alcoholics. A current drug, Disulfiram (Antabuse) works on the same metabolic processes as the gene variants identified in this study.

The researchers found that the genetic risk factors related to alcohol dependence also were linked to risk for other psychiatric disorders, such as depression, schizophrenia, ADHD and the use of cigarettes and marijuana. They plan to continue investigating those links between genetic susceptibility to alcohol dependence and risk for other types of psychiatric illness.

"There were genetic links both to other psychiatric disorders, such as depression, and to use of cigarettes and other drugs like cannabis," said Joel Gelernter, MD, of Yale University School of Medicine. "As we study larger numbers of people, we expect to be able to determine at least to some extent how much of this correlation, or shared risk, is attributable to alcoholism, and how much may be the consequence of these other disorders."

A key aspect of the new study is that it included genetic data from people of European (46,568) and African (6,280) ancestry. Although the same ADH1B gene was linked to alcoholism risk both in people of European ancestry and African ancestry, the researchers found that different variants in the gene-altered risk in the two populations. Other research has revealed that the same variation in the same gene as occurs in Europeans also influences risk in people of Asian descent, but that data was not included in this study.

"There have been very large genetic studies of Europeans, but not as much research in African populations to try to understand what genetic factors underlie risk for alcoholism," said Howard J. Edenberg, Ph.D., of Indiana University School of Medicine. "In the future, we need to study much larger numbers of people from non-European populations because we don't know as much about genetic factors that affect their risk. As our study showed, these factors can differ from population to population."

"People suffering from alcohol dependence generally drink a great deal, but they also experience other problems related to their drinking, like losing control over when and how much they drink," Agrawal explained. "I think it's likely that as the sample sizes of our studies increase, we may find new DNA variants related to these problematic aspects of alcohol dependence but possibly not related to typical drinking."

She said those larger samples of individuals with and without a diagnosis of alcohol dependence will be key to future discoveries about genetic contributions to alcoholism. "The risk conferred by the ADH1B gene is one of the strongest single-gene effects seen in people with a psychiatric illness, but overall, it explains only a small proportion of the risk," Agrawal said. "Many additional gene variants are making small contributions to alcoholism risk, but to find them, we'll need to study more people."