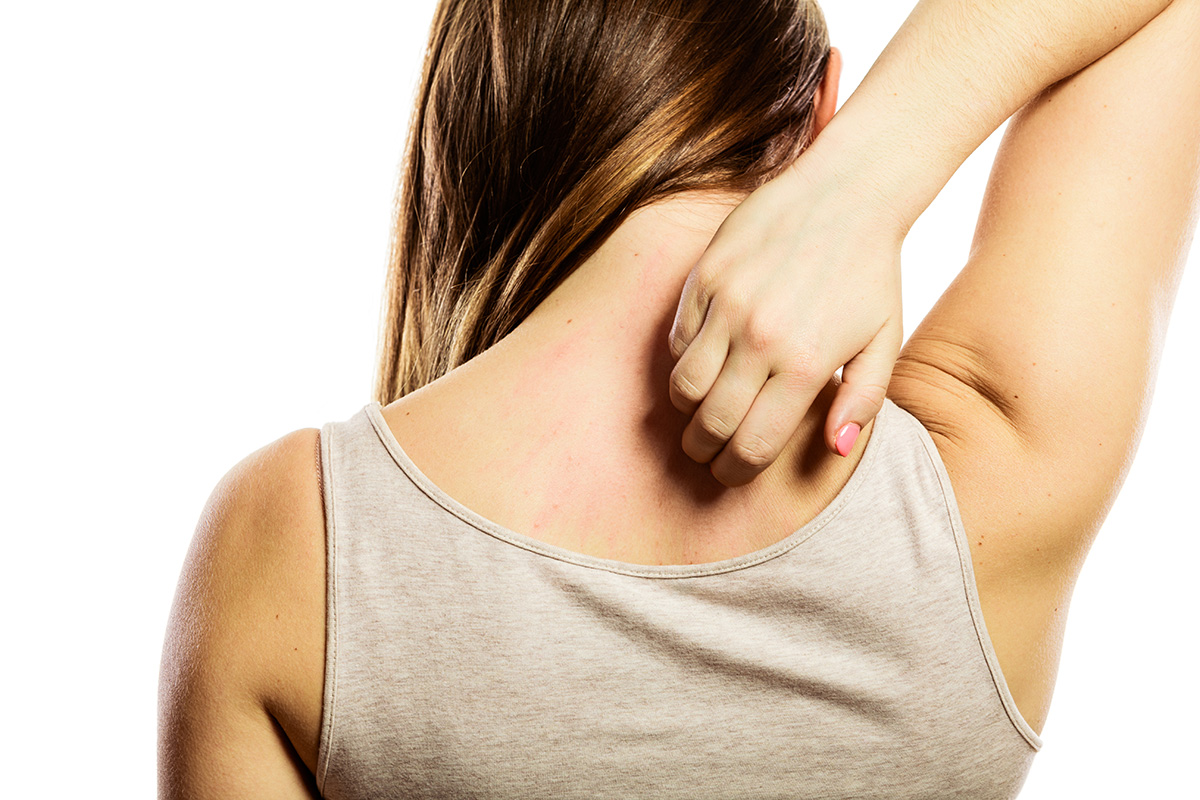 Relentless itch is a feature of many skin disorders, such as eczema and psoriasis, but the cause of this itch—and what drives us to scratch—is somewhat mysterious. A review appearing November 21 in the journal Trends in Immunology from the Center for the Study of Itch at Washington University School of Medicine presents what we know about the biology of the itch-scratch cycle

"To understand itch, you have to take an integrative approach," says senior author Brian Kim (@itchdoctor), dermatologist and immunologist at Washington University School of Medicine. "We may think our immune responses end in our immune system. But the itch-scratch cycle engages the immune system with the whole body, interacting with behavior and the environment as well."

Scratching in response to itching likely evolved to keep parasites, toxins, and other irritants off our skin. But in a disorder such as eczema, a condition that causes the skin to dry out, irritation is constant. Unfortunately, scratching only exacerbates the itch.

"Generally speaking, scratching is not very helpful for long-term conditions like eczema or even short-term itches like mosquito bites," says Kim, who co-authored the review with immunology Ph.D. student Madison Mack. "It's likely triggering more inflammation and, inadvertently, infection. But scratching is very much a reflex; it's hard to tell people not to do it."

Scratching in response to skin irritation damages the outermost skin cells, releasing signaling proteins such as cytokines that activate itch-sensory neurons in the skin. These neurons, in turn, produce signals that trigger inflammation and scratching behavior.

Itch may also be related to pain. Some itch and pain sensory pathways are thought to overlap in the nervous system. Some research suggests that scratching can override the itchy feeling by activating pain-sensory neurons in the spinal cord that inhibit itch neurons.

Kim's lab studies which molecules could make the best targets for chronic itch therapies. Cytokines are contenders; the cytokine IL-4 has been targeted in therapies to block a neural pathway of itch in eczema, which Kim and Mack fully characterize in their review.

"These cytokines are great targets, but whether they're the best targets, we don't really know," says Kim. "There are many forms of itch, many things that cause itch, and many itch-scratch cycles." Kim is also interested in whether an equivalent of the itch-scratch cycle might underlie bowel disorders caused by inflammation of the gut.

"Every organ in our body, including our gut, is innervated, but we often don't understand why," says Kim. "We do know that a lot of bowel dysmotility is associated with immune responses. Our immune system may be eliciting a behavioral response in the gut in an analogous way to the itch-scratch cycle."